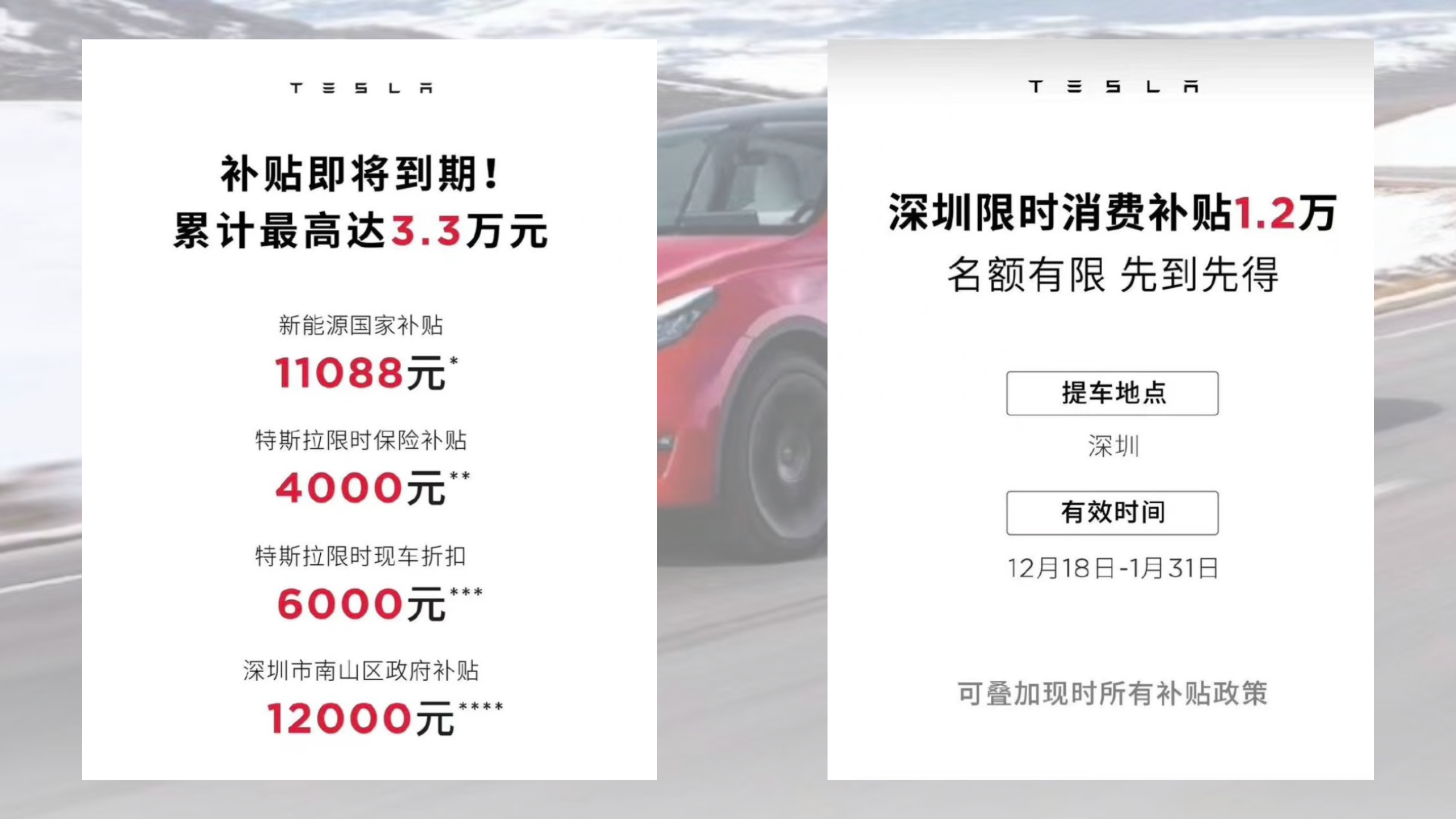 The Tesla Model 3 RWD and Model Y RWD just qualified for a temporary and new local subsidy in Shenzhen, China. The top-selling Tesla models, the Model 3 and the Model Y, just became more attractive in China.

Tesla is gearing up for a massive end-of-the-quarter delivery and wrapping up a phenomenal year. As the new year approaches, the new local government subsidies will most likely help to encourage sales of popular vehicles like the Tesla Model Y.

Tesla China announced that the Tesla Model 3 RWD and Model Y RWD qualify for a new limited and temporary  ¥12,000 subsidy in Shenzhen, China.

As of December 13, there was an estimated 11,670 insurance registrations which showed a 10% week-over-week increase.

In November, The Tesla Model Y was the second best-selling vehicle in China behind the BYD Song + DM-i PHEV. Although a PHEV isn’t a fully-electric vehicle, it is notable that the top two selling vehicles in China are classified as EVs.  Along with Giga Berlin, Giga Shanghai is expected to play a key role in Tesla’s success this year.