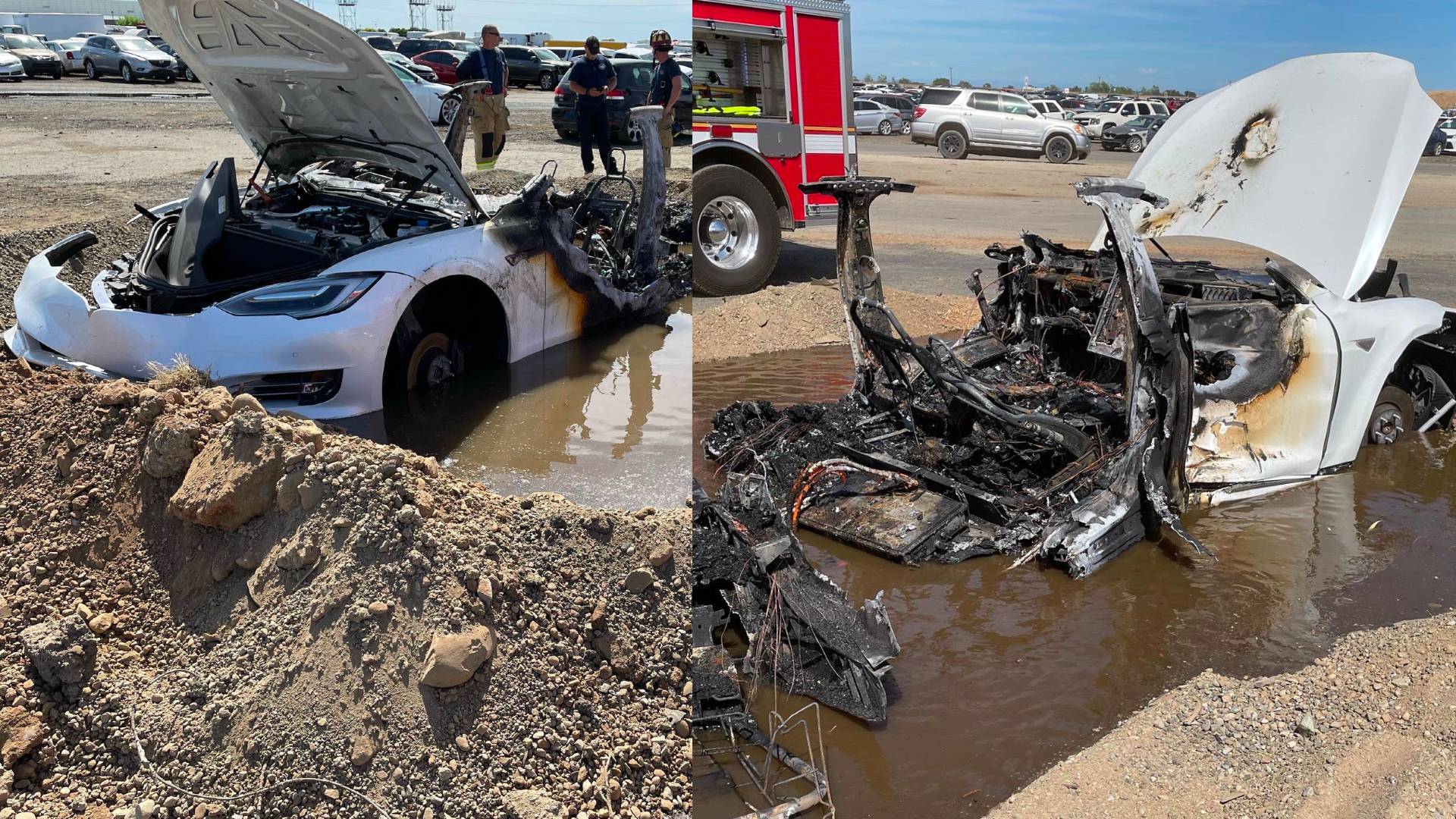 Sacramento Metro Fire put out their first Tesla fire last week. Firefighters extinguished the flames engulfing a Tesla Model S that had been sitting in a Sacramento wrecking yard for three weeks after an accident.

“This was the 1st and only. The vehicle sat parked in a wrecking yard for 3 wks after a vehicle accident (not involving fire), and then caught fire in the yard. Our crews were dispatched and ensured the vehicle was extinguished after well over an hour of firefighting operations,” stated Metro Fire of Sacramento.

No injuries were reported during the Tesla Model S fire incident.

A 2021 Tesla Model Y was engulfed in flames in Vancouver last month. The National Highway Traffic Safety Administration (NHTSA) reached out to Tesla and asked for information on the Model Y incident in Canada.

In its 2021 Impact Report, Tesla stated that fire incidents for its vehicles were ~11x lower than the average vehicle in the United States. The report said that approximately five Tesla vehicle fires occurred for every billion miles traveled between 2012 and 2021.