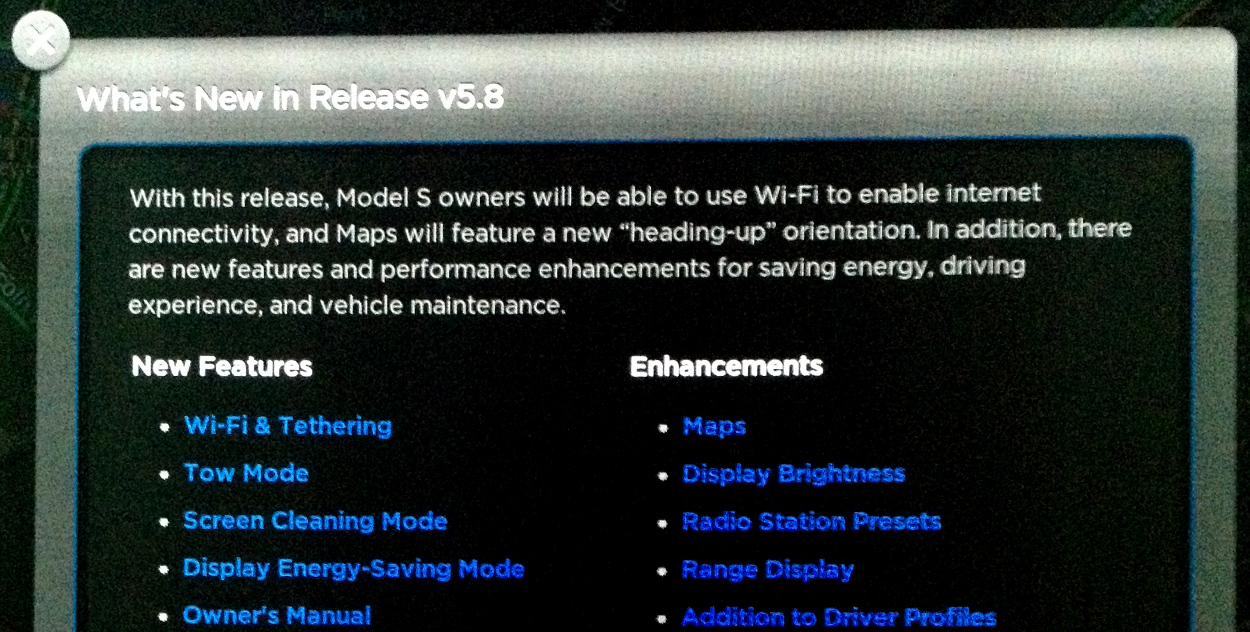 Just one week after the release of the long-awaited v5.6, Tesla Motors releases the Tesla Model S Firmware 5.8 update with two new features while discreetly removing another.

It’s no secret that Tesla Motors has seen a slew of bad news in the last month due to the recent Tesla Model S fires which led to a sell-off of $7 billion dollars in TSLA market cap.  The Model S in the first incident caught fire after running over a foreign object which ended up impaling the vehicle and puncturing the underside battery.

Coincidentally, the newly released Tesla Model S Firmware 5.8 no longer lowers the air suspension (lowering is for aerodynamic purposes in order to increase range) when the vehicle’s in motion, perhaps as a way to mitigate the same type of catastrophic failure in the future.

We’d be the first to admit that this is the first time we’ve felt disappointed after a firmware upgrade and here’s why (read below):

“we have rolled out an over-the-air update to the air suspension that will result in greater ground clearance at highway speeds. To be clear, this is about reducing the chances of underbody impact damage, not improving safety. The theoretical probability of a fire injury is already vanishingly small and the actual number to date is zero. Another software update expected in January will give the driver direct control of the air suspension ride height transitions.”

Tesla Motors has introduced the ability for Model S owners to reset tire pressure sensors which is useful for those looking to swap into their winter tires.  They’ve also added the ability to hold the wipers in an upright position which allows for easy replacement of windshield wipers, however we don’t feel that these two changes warrants such a rapid succession of firmware updates.