The prices were increased late last night on July 8th. 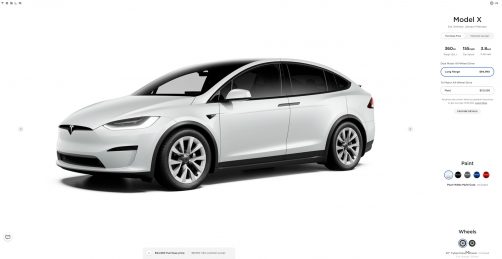 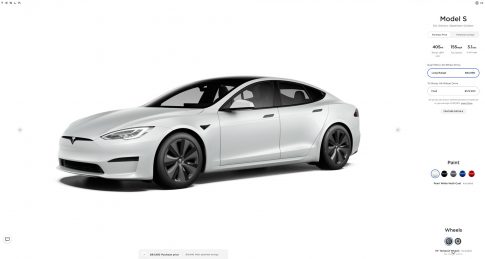 Tesla has increased the prices of its vehicles several times this year, the most frequent changes coming to the Model 3 sedan and Model Y crossover. These two cars have had at least five price changes so far in 2021.

The Model S and Model X are relatively “new” vehicles in terms of their design and software. Tesla announced at the beginning of the year that the two cars would be “refreshed,” making way for the long-awaited Plaid configuration of the Model S, which has now attained the title of the fastest production car ever created, according to the 1/4-mile time it set at the Famoso Raceway in Bakersfield, California, a few months ago. Tesla finally began deliveries of the Model S Plaid on June 10th.

However, the price changes do not affect the Plaid variant, as the Model S Plaid was subjected to a $10,000 price increase in June. The Long Range variants are the only cars affected by the recently announced $5,000 increase, although reasons for the price hike are unknown. However, Tesla CEO Elon Musk said earlier this year that the reason for the 3 and Y increases was due to “supply chain pressure” from a shortage of parts, especially semiconductors. These parts shortages have affected nearly every automaker in the world. However, Tesla has done a good job of avoiding too much negative impact from the semiconductor shortage through the use of microcontrollers. Tesla detailed this during its Q1 2021 Shareholder Deck, where it stated:

“In Q1, we were able to navigate through global chip supply shortage issues in part by pivoting extremely quickly to new microcontrollers, while simultaneously developing firmware for new chips made by new suppliers.”

The same Earnings Call had some interesting tidbits regarding the pricing of Tesla’s two premium vehicles. As noted by Sawyer Merritt, the price increases now bring the Model S’ to a staggering $15,570 higher than the $69,420 starting price that Musk set for the flagship sedan earlier this year. Musk indicated that the new S and X would be more affordable to consumers as the parts were less expensive to produce. However, Tesla may not have expected the demand it has received for the two cars, and an increase of materials costs globally may have also contributed to the company’s decision to increase the prices of these vehicles.

Don’t hesitate to contact us with tips! Email us at tips@teslarati.com or you can email me directly at joey@teslarati.com.