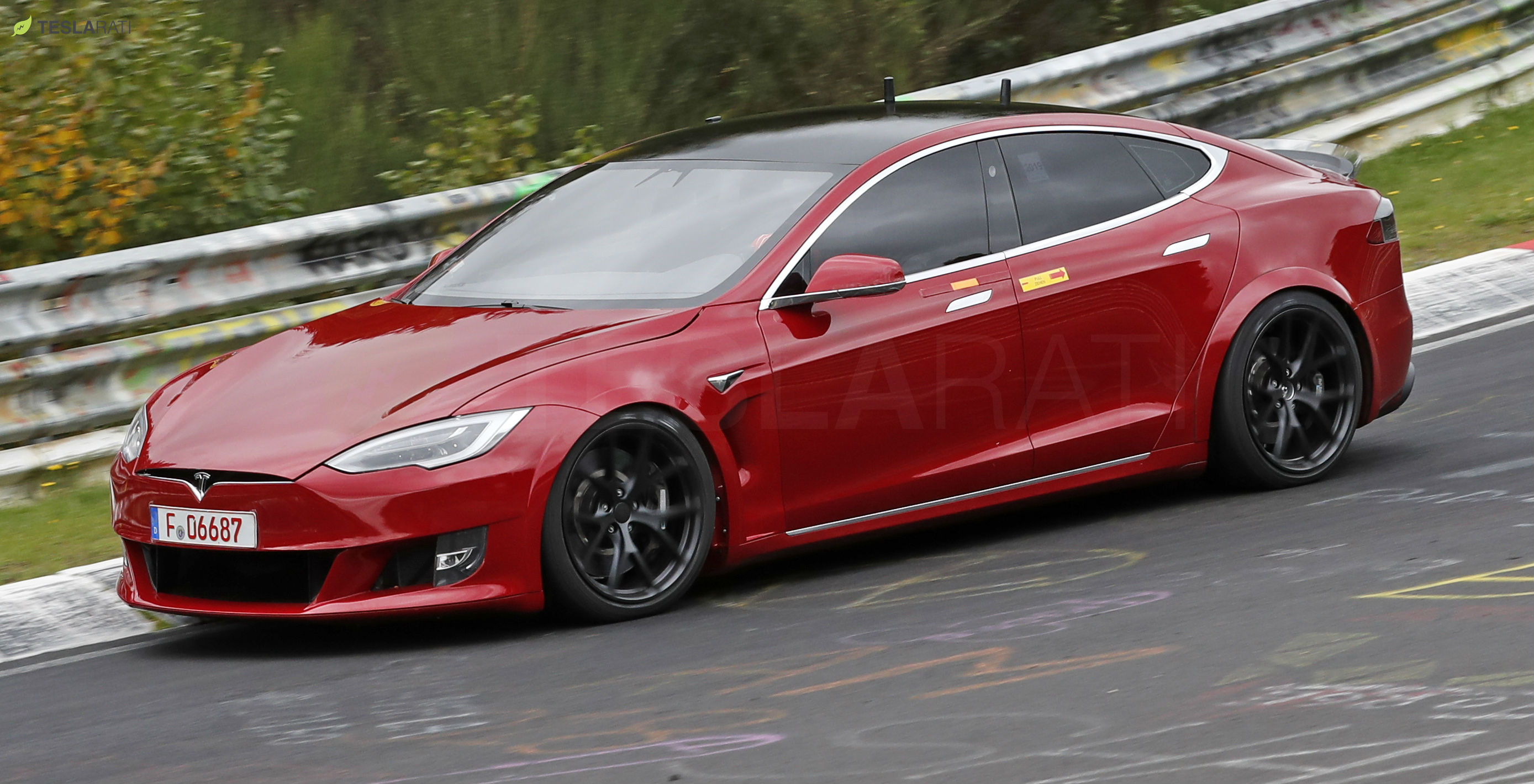 Elon Musk recently announced an estimated production date for the Tesla Model S “Plaid” P100D+ that’s currently running laps at the Nürburgring. According to the CEO, the track-capable, aerodynamically optimized variant of its flagship sedan will go into production around Summer 2020.

Since its previous exploits at the Nürburgring last month, Tesla has added a number of aerodynamic pieces to its “Plaid” vehicles to improve the speed and handling of the cars. A new rear diffuser (visible in the blue Model S Plaid unit), front quarter panel scoops and discrete rear spoiler are quite prominent in the Plaid Model S units that recently returned to the German track.

With Elon Musk’s recent update on Twitter, it now seems certain that the final iteration of its Model S Plaid P100D+ will be available for purchase less than a year from now. Quite interestingly, this date also comes just before Musk’s initial estimates for the start of Model Y deliveries, which was announced as Fall 2020 during the crossover’s unveiling last March.

The final configuration used at Nürburgring to set the record will go into production around summer 2020, so this is not merely for the track

News of Tesla’s highly-anticipated return to the Nürburgring broke yesterday when two Model S Plaid vehicles were spotted at the famed German raceway running spirited laps. A report from German automotive magazine Auto Motor und Sport last month noted that a Plaid Model S was able to complete a hand-timed lap around the Nürburgring around 20 seconds faster than the Taycan, though this time was not officially recorded by officials of the track.

Ultimately, and following an apparent breakdown of one of its Model S units, Tesla opted to depart from the Nürburgring, vowing to return with an even better car that could run the track in a more aggressive manner. Tesla released numerous pieces of data relevant to the state of the vehicle’s performance, indicating they would be returning with car superior to the Plaid Model S that was initially brought to the track.

Until then, auf Wiedersehen Germany 👋

Here’s some of our initial Model S Plaid data to keep you buzzing until we return: pic.twitter.com/cWk9EModcM

Tesla appears to be set on establishing a presence in the Nürburgring, with the company setting up a Supercharger last month to provide electric car owners a way to recharge their vehicles faster. As Musk announced the Model S initial run at the “Green Hell” in early September on the heels of the Taycan’s record-setting run in late August that reportedly set the record for the fastest four-door production EV at the track, it is apparent that the Silicon Valley-based electric car maker will not rest until its flagship sedan is regarded as the best performance electric vehicle on the market today, bar none.