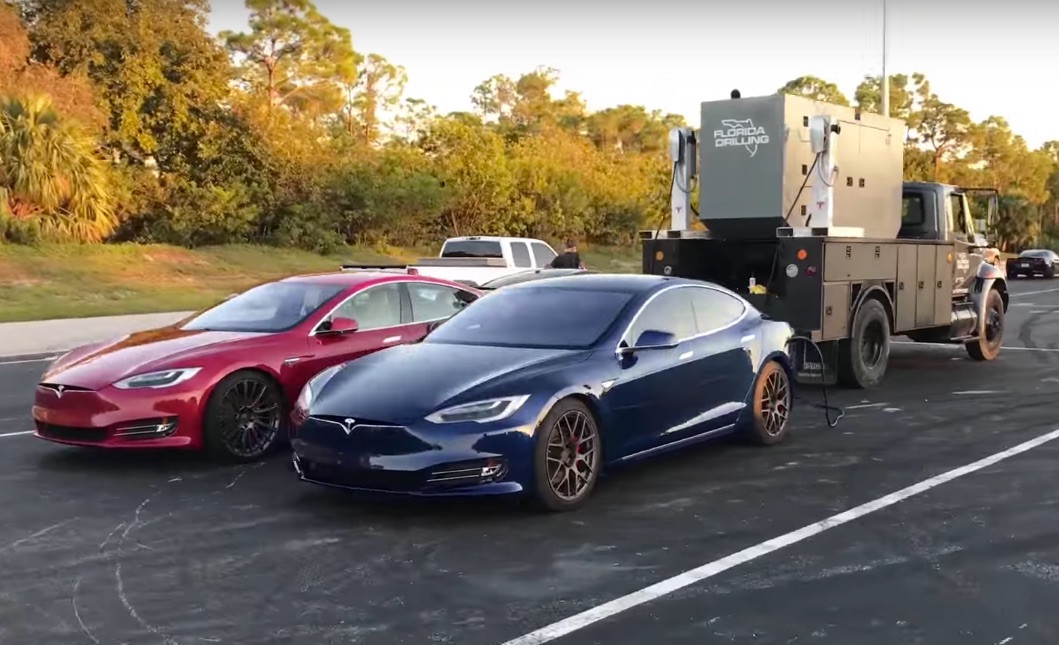 Tesla P100D owners are coming up with clever ways to turn something that’s already ludicrously quick, even quicker. After all, how does one go about getting a competitive advantage over another like-kind P100D when the vehicle has no engine and little to no components that can be upgraded for additional performance?

In the never ending pursuit to become world record holder for quickest 1/4 mile time in a Tesla, the folks behind YouTube channel DragTimes and Tesla Racing Channel have each resorted to their own hundredths-of-a-second-shaving track tactics. Tesla Racing Channel knocked out an impressive 10.8 second 1/4 mile run using a Tesla P100D less the optional and heavier panoramic roof. DragTimes also ditched the panoramic roof but takes on additional upgrades in the form of lighter weight forged wheels. However, things don’t stop there for DragTimes founder Brooks Weisblat. He takes the “upgrades” one step further this time around by bringing along a pair of track-ready portable Tesla High Power Wall Charger attached to a truck-mounted generator.

By having a charger always on standby and readily available at the drag strip, Brooks can ensure the Model S P100D’s 100 kWh battery pack is at a maximum state of charge and power output is at its highest level before each run. The result is nothing short of spectacular. DragTimes published a 1/4 mile world record of 10.76 seconds at 122.36 mph in a Tesla, setting the National Electric Drag Racing Association (NEDRA) record for quickest stock four door car in the world.

Dan Ringdahl who we first brought to light as one of the first people in the U.S. to receive a Model S P100D, tells us his inspiration behind the portable charging rig which his company, Florida Drilling Company, built. The pair of Tesla chargers are powered by a 150 kilowatt generator mounted on a mid-duty truck. “The generator set will be outfitted with up to 6 Tesla HPWC and truck mounted for portability. We have a bunch of those generators we use for drilling operations. All of our drill rigs are electric power that is why we have to drive electric cars!”, Dan tells us. 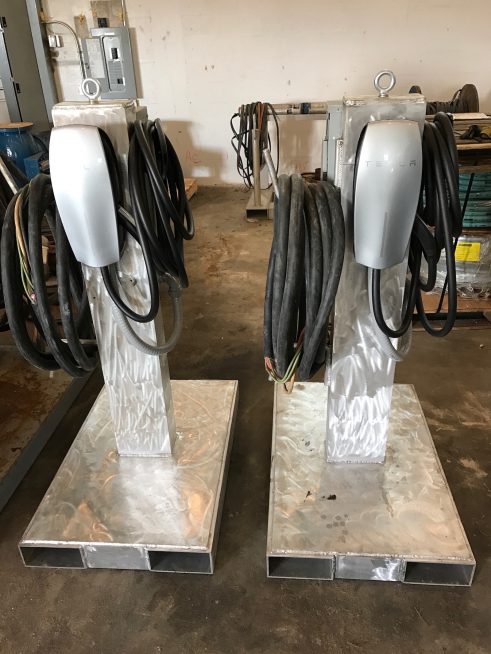 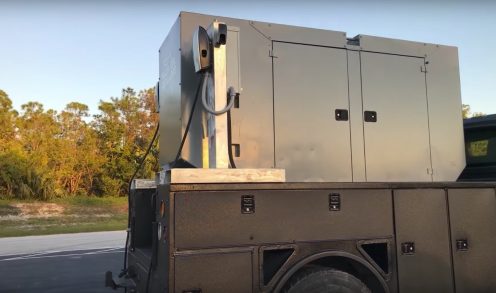 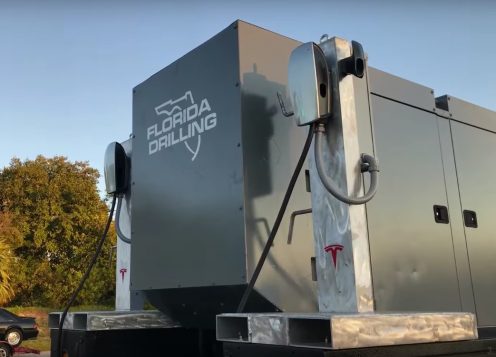