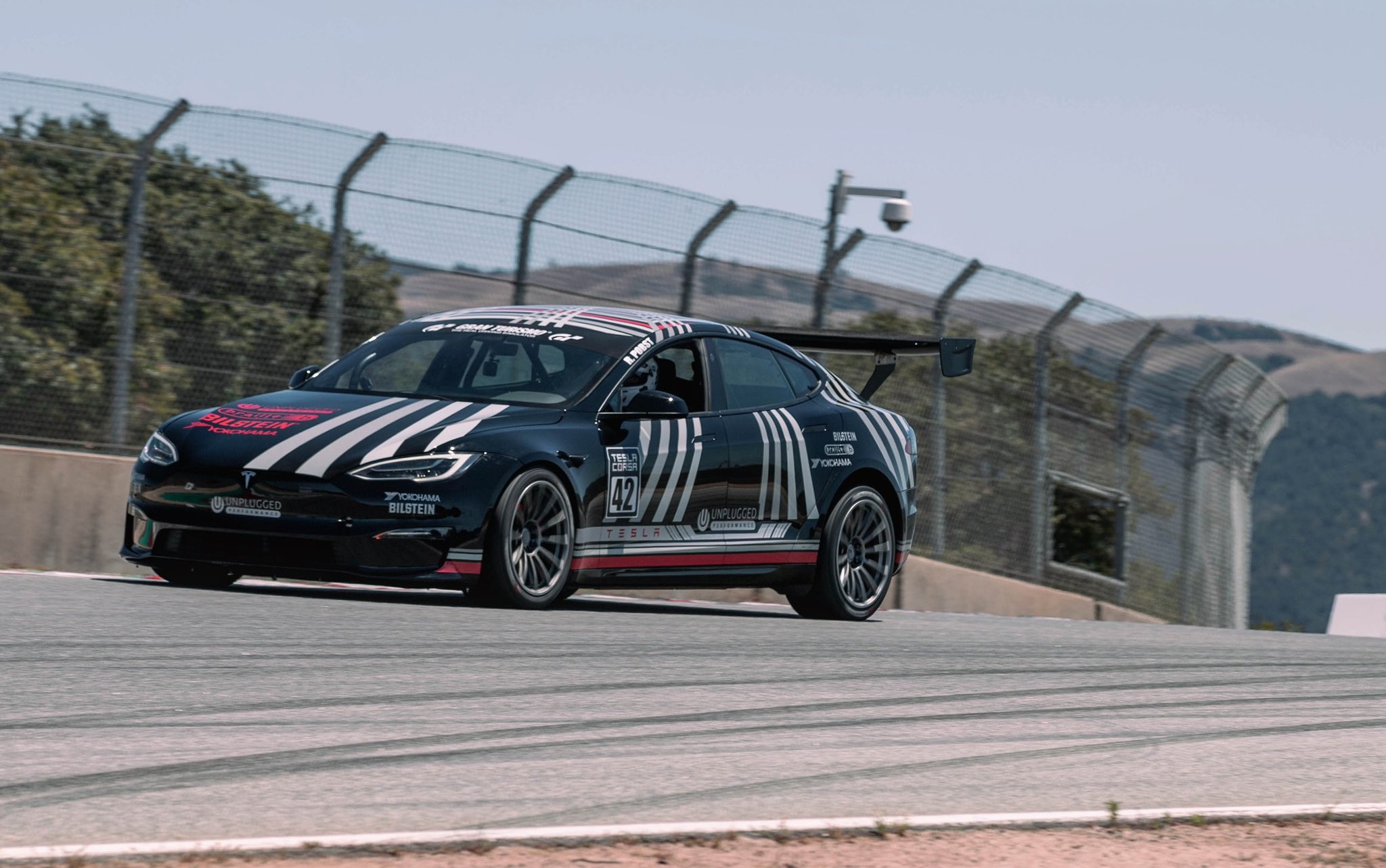 Setting records on the track seems to be something that the Tesla Model S Plaid happens to be really good at. This was proven recently when the flagship all-electric car — the very same vehicle that dominated Pikes Peak’s Exhibition Class this year with the help of EV tuning house Unplugged Performance — set a whole new electric car lap record at Laguna Seca.

The record was set this past Sunday at TeslaCorsa 16, a track event for Tesla owners who are interested in pushing their vehicles in a closed circuit. During the Model S Plaid’s run, the all-electric sedan completed a lap around the 2.238-mile (3.602 km) track in just 1:28.213. This was a new record, and it marked the first time that an all-electric vehicle was able to complete a lap around Laguna Seca in less than 1:30.

The Model S Plaid’s new record at Laguna Seca is significantly quicker than its closest competition in the all-electric sphere. The honor of the next-fastest all-electric vehicle in Laguna Seca goes to Lucid’s tri-motor Air prototype, which completed a lap in 1:31.3. That was already incredibly impressive in its own right, but such numbers pale in comparison to the Model S Plaid’s 1:28.213 run.

What is quite impressive is that the Model S Plaid’s new time has gotten very close to the all-time production car record in Laguna Seca, which was set by the McLaren Senna, a frightening beast of a hypercar and arguably one of the best vehicles in the world today. The Senna completed a lap in 1:27.62, just over half a second quicker than the Model S Plaid’s Unplugged racecar.