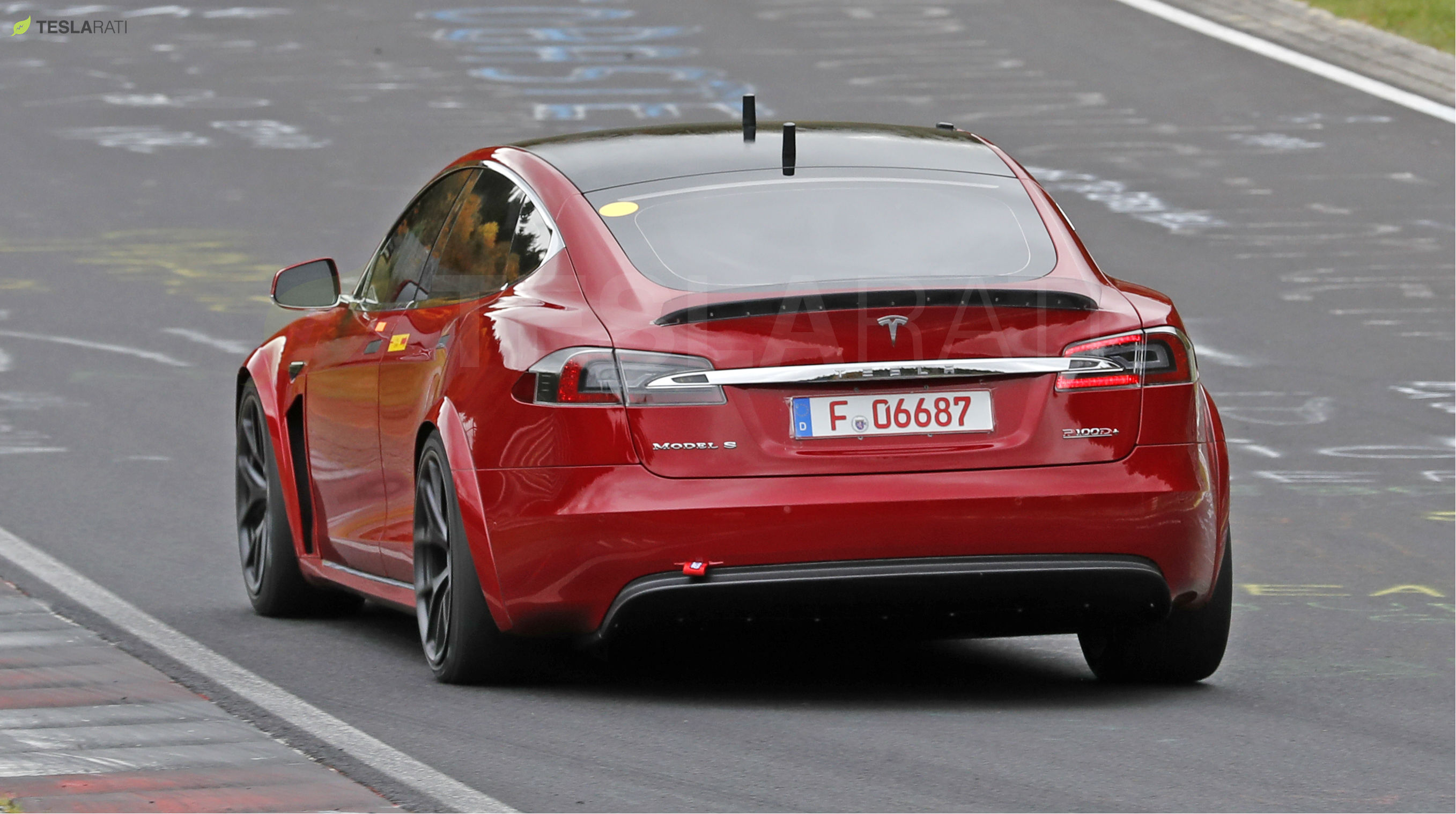 It took some time, but it appears that the time has finally come for Tesla to attempt a legitimate lap record around the world’s most iconic racetrack, Germany’s “Green Hell,” the Nürburgring. And if recent spy photos of a Model S Plaid are any indication, it seems that Tesla is currently testing its flagship sedan around the track using both the controversial steering yoke and a traditional steering wheel.

The sightings of the Tesla Model S Plaid at the Nürburgring were shared on social media on Monday, just after the EV maker held its second-quarter earnings call. Very little is known about Tesla’s plans for the vehicle in the nearly-13-mile racetrack this time around, though the absence of heavy modifications on the Model S Plaid suggested that the company may be looking to establish its own Nürburgring lap record.

Initial reports on the Model S Plaid’s recent outing to the Nürburgring pointed to the idea that Tesla may be looking to beat the Porsche Taycan Turbo’s 7:42 lap time, which the German all-electric sports car achieved back in 2019. This seems unlikely, however, as Porsche’s Nürburgring lap record for the Taycan was not officially sanctioned at all. Instead, the German automaker has confirmed that the Taycan’s impressive 7:42 lap was “one for ourselves that we use as a point of historical record.”

The new Tesla Model S Plaid at the Nürburgring looks like a stock vehicle, save for its brakes and brake calipers, which seem larger than the ones equipped in vehicles today. The car also seems to be fitted with Michelin Pilot Sport 3 tires.

Interestingly enough, the new Tesla Model S Plaid prototype in the Nürburgring was sighted with both a regular steering wheel and a steering yoke. This suggests that Tesla may be evaluating how the yoke performs in a track setting compared to a conventional steering wheel. This will be a very important point if Tesla is looking to release a “Track Pack” of sorts for the Model S Plaid, as a professional driver had already used a traditional steering wheel to win a prolific race using the flagship sedan.

Randy Pobst, a racing legend who contributed to the development of the Model 3 Performance’s Track Mode, famously opted to use a regular steering wheel during his Pikes Peak Hill Climb run in a Tesla Model S Plaid. The vehicle, which was modified by Unplugged Performance, was initially equipped with a steering yoke, which proved adequate during test runs in Laguna Seca. But when it came to Pikes Peak, with its treacherous cliffs and insane twists and turns, the racing legend opted to use a simple, regular steering wheel instead. This decision seemed to be the right choice, as the Model S Plaid ultimately dominated the 2021 Pikes Peak Hill Climb’s Exhibition Class.