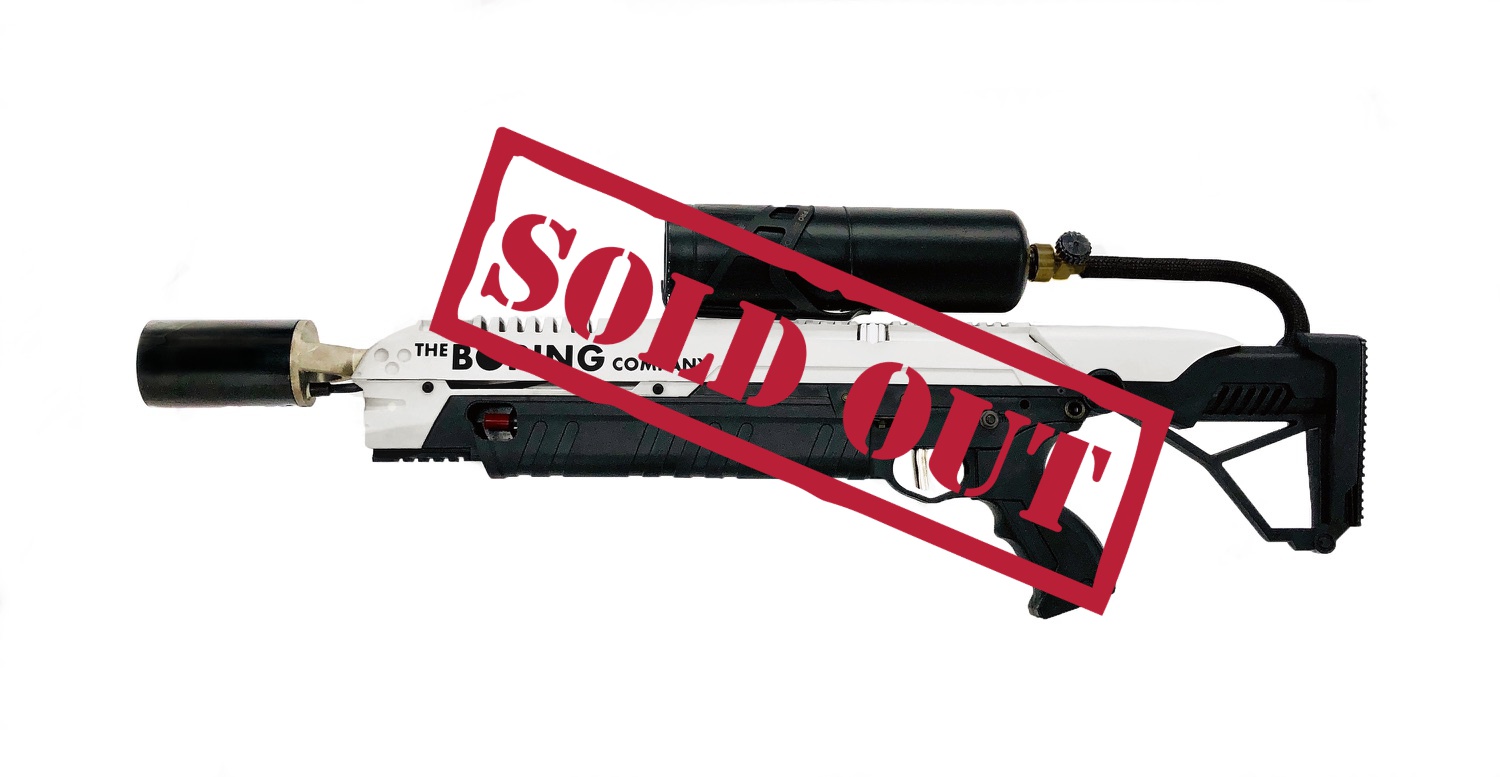 Elon Musk sold out of flamethrowers, raises $10M for The Boring Company

Just four days after Elon Musk announced that he would be selling a limited edition The Boring Company flamethrower, the Tesla and SpaceX CEO has confirmed that all 20,000 units of the fiery device have been sold.

Since pre-orders for The Boring Co. flamethrower opened, the device immediately showed signs that it would sell out quickly. In a series of updates just 24 hrs after the device was officially offered, Musk announced that 4,000 flamethrowers had been sold, translating to $2 million worth of reservations. Over the next couple of days, Musk updated the online community with the status of the flamethrower’s remaining stocks, as 7k, 10k, and 15k reservations were announced for Musk’s “very bad idea”.

By Tuesday, Musk noted that only 25 percent of the 20,000 available Boring Company flamethrowers were still available, with 17,500 of the devices already being sold. It did not take long before the last 2,500 were purchased as well. Musk ultimately announced the sale of the last flamethrower on Wednesday, officially ending the limited run of The Boring Company’s most unique product to date. By this time, Musk had managed to raise $10 million for the tunneling startup, which is currently attempting to begin work on a 6.5-mile proof-of-concept tunnel from northeast Westchester to Brentwood.

The Boring Co. flamethrower seemingly started off as a joke between Musk and his Twitter followers last December. During that time, the Tesla and SpaceX CEO announced that if he manages to sell 50,000 Boring Company hats, he will start selling flamethrowers. The firestarters are yet another nod to sci-fi parody film Spaceballs, one of Musk’s favorite movies. Unlike the Spaceballs merchandise featured in the movie, however, the Boring Company flamethrower ships with a free fire extinguisher.

After unveiling the firestarter to the microblogging platform, Elon Musk has interacted with the Twitterverse quite a lot. Bantering with the online community, the Tesla and SpaceX CEO poked humor at the flamethrowers’ usefulness in a zombie apocalypse. Musk also teased references to The Boring Co. freeze gun, which the CEO joked might follow the fiery device.

While The Boring Co. flamethrower has received an immense amount of support from the online community since it was released, the device has managed to attract some serious detractors as well. Just recently, we reported on California assemblyman Miguel Santiago (D-Los Angeles) expressing his disappointment and outrage at Musk’s portable firestarters, stating that it was a highly irresponsible product that has the capability to hurt a lot of people and cause multiple problems for the state’s fire department and law enforcement.

Despite the assemblyman’s reservations, however, many followers of the self-made billionaire maintained that The Boring Co. flamethrower is just about as dangerous as a conventional propane torch, similar to weed killers that can be purchased at local hardware stores. Overall, while the product had its fill of critics, Elon Musk’s Boring Company flamethrowers have managed to add another $10 million to the startup’s funds.

Elon Musk sold out of flamethrowers, raises $10M for The Boring Company