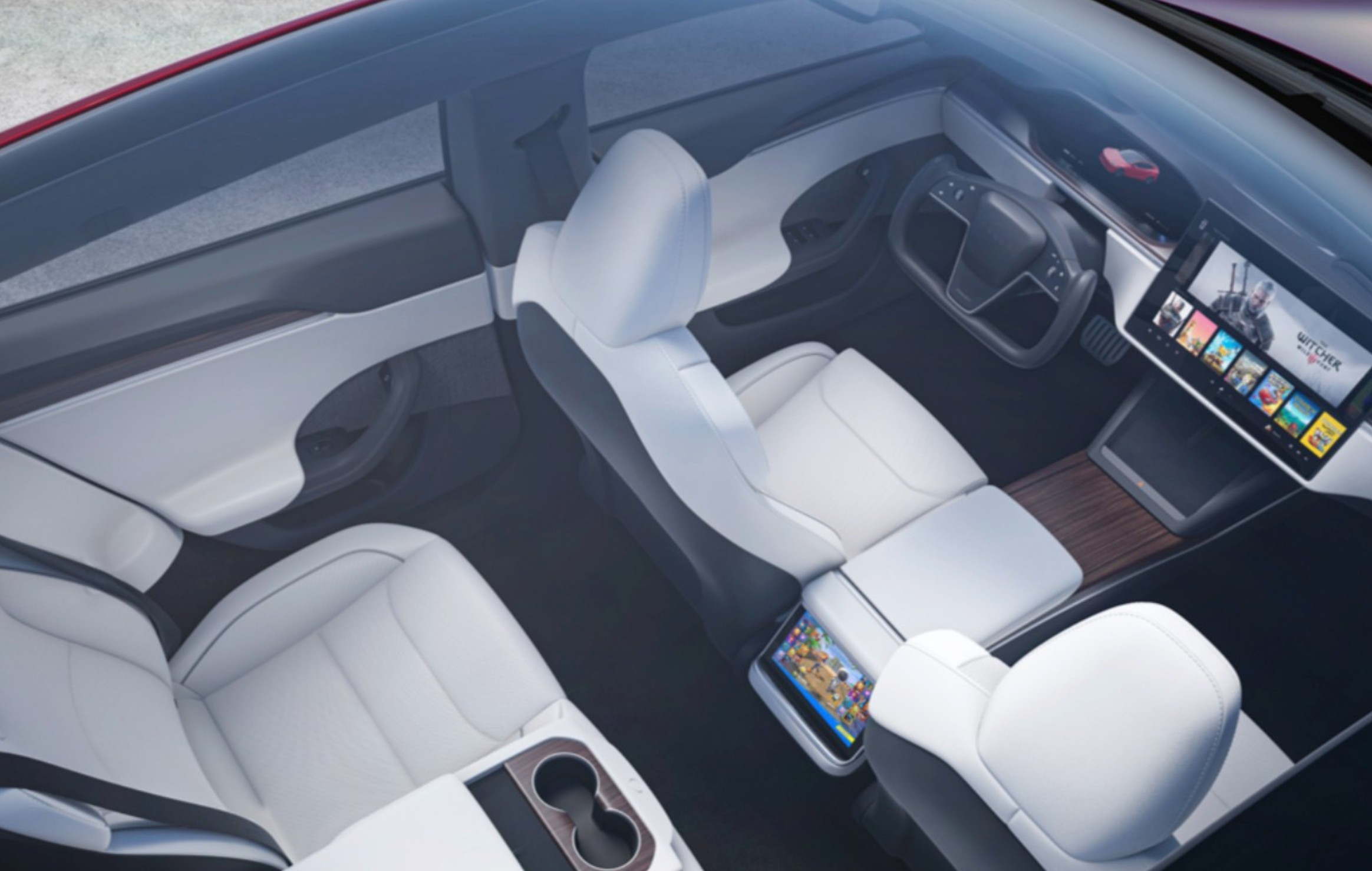 It appears that the Tesla Model S Plaid would indeed be offered with seating options for up to seven passengers. This was highlighted recently by CEO Elon Musk, who noted on Twitter that the upcoming flagship sedan is Tesla’s “best car ever.”

Musk’s update came as a response to Tesla owner-enthusiast @WholeMarsBlog, who noted on Twitter that vehicles like the Model 3 Performance and the Model S are great cars to drive. Responding to the post, Musk pointed out that the Model S Plaid will be Tesla’s best car yet with its capability to accelerate from 0-60 mph in under 2 seconds and its seven-passenger capacity.

I once did a road trip across most of US with 2 adults & 5 kids in a Model S!

The Tesla CEO’s brief update all but confirms the Model S Plaid’s seating options. Since announcing the vehicle back in 2019, Musk has been hinting at the return of the top-tier Model S’ seven-seat variant. In a post on Twitter back then, Musk remarked that the Mode S Plaid’s rear-facing seats would be roomier than the retired jump seats offered by the original Model S years ago.

While the rear-facing seats in the Model S Plaid would likely be as useful as the Model Y’s third-row seats, the option of having enough seats for the family and then some is quite compelling. Part of Tesla lore, after all, involves Musk pushing for the Model S’ seven-seat configuration due to his desire to seat his entire family in one vehicle. The CEO did just that in 2014, when he traveled with then-wife Talulah Riley and his five sons on a six-day 3,200-mile road trip across the United States.

Interestingly enough, aerial footage from the Fremont Factory appears to have teased the Model S Plaid’s seven-seat option. During a drone flyover earlier this month, Tesla enthusiast Gabeincal was able to capture a Midnight Silver Metallic Model S refresh with what appeared to be white rear-facing seats. Just as Musk noted back in 2019, the seats in the Model S seemed plushier and more comfortable than the jump seats in the original iterations of the Model S.