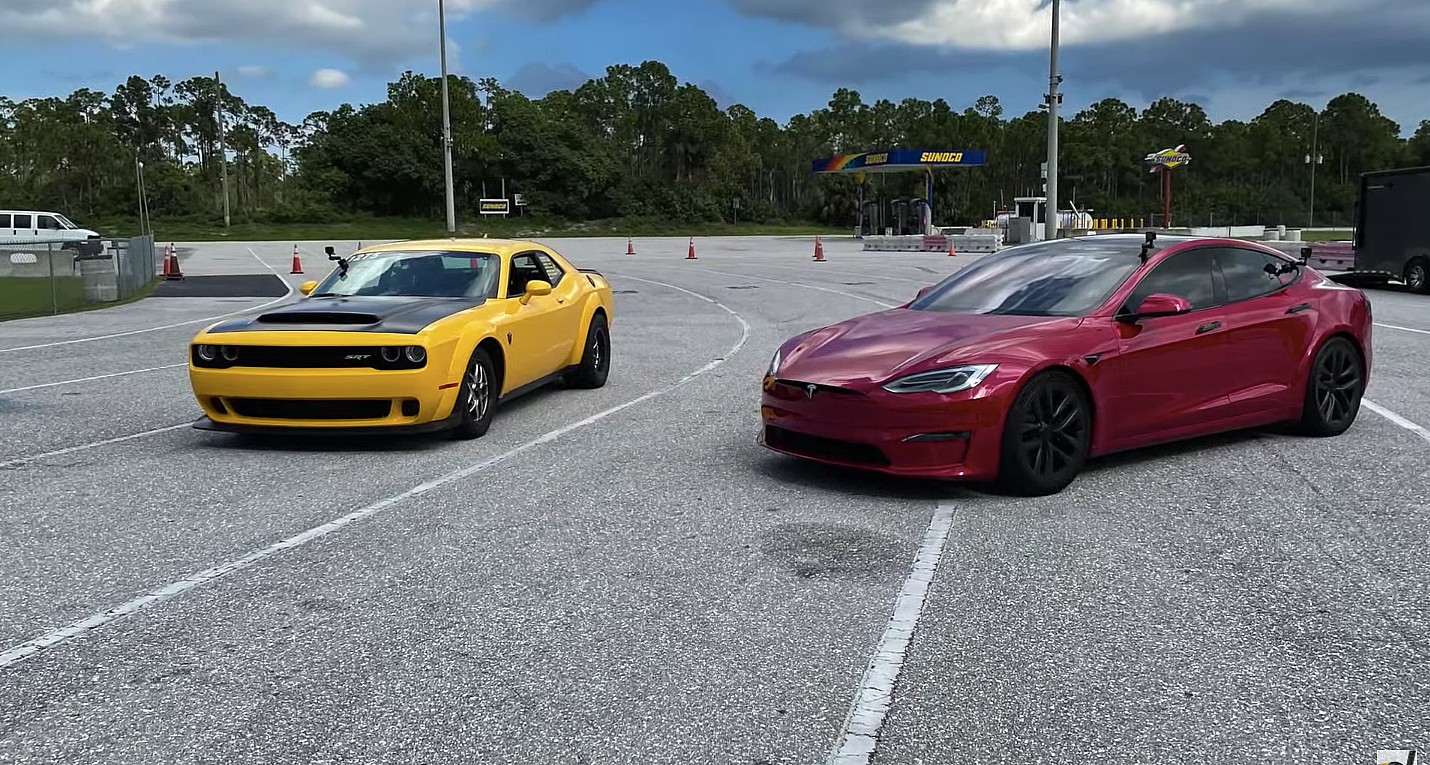 There’s just something quite satisfying about a four-door family sedan stomping a purpose-built production drag car despite the latter getting a huge head start. This exact thing happened when a Tesla Model S Plaid faced off against the Dodge Demon in the quarter mile, and on separate tracks. In both instances, the formidable Demon was effectively exorcised.

In a recent video, the host of YouTube’s Tesla Plaid Channel shared a video of one of his runs at the drag strip. Due to the Plaid not having a parachute and a roll cage, the Tesla owner was not allowed to go flat out. This seemed to be a big handicap as the Model S Plaid was facing the Dodge Demon, a muscle car that was built for the drag strip.

But as one could seen in a video of the flagship Model S and the mighty Dodge Demon, the all-electric four-door sedan was able to dominate the muscle car, winning the race by 0.11 seconds. This was despite the Demon being far lighter than the Plaid and the vehicle being equipped with sticky tires. The driver of the Model S Plaid had to lay off the accelerator for a bit to avoid going too fast for the drag strip as well, but it was still enough to slay the RWD ICE monster.

No such limitations were present in a Model S Plaid vs. Dodge Demon match in Florida. In a recent video from DragTimes, the flagship all-electric sedan also faced off with a powerful Demon. At one time, the Demon’s driver even performed what could only be described as the mother of all red-light launches, but even then, the Model S Plaid was still able to catch the muscle car and win the race. Later races between the Plaid and the Demon ended with similar results.

Tesla made a monster of a car with the Model S Plaid. Despite its understated looks and its distinction as a family hauler that just happens to be extremely fast, the Model S Plaid is a silent killer on the drag strip. So far, the vehicle has practically dominated its competition save for the Rimac Nevera, an all-electric hypercar that is a more direct competitor for the next-generation Tesla Roadster.

Watch the Model S Plaid and the Dodge Demon face off in the quarter mile in the video below.