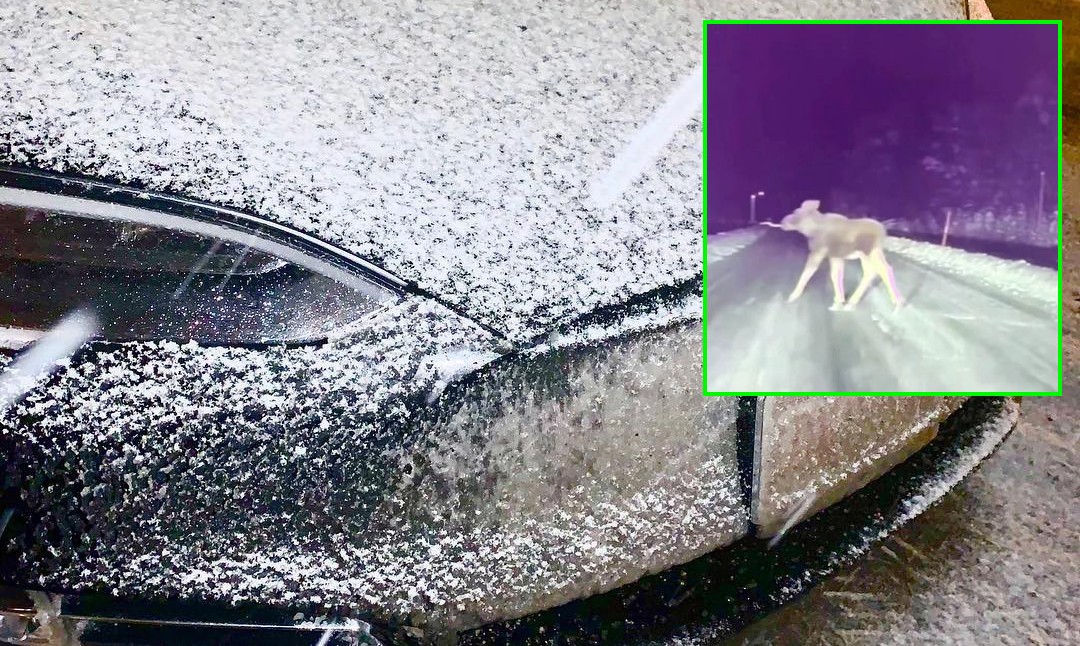 Tesla’s vehicles have made a name for themselves thanks to their excellent safety features, and this is evident by the impressive scores of the company’s lineup in the infamous “Moose Test,” which evaluates how well a car could evade a potential collision on the road. Tesla’s electric cars, such as the Model 3, have even set records in the Moose Test by outperforming more expensive vehicles like the Porsche Taycan.

For a Tesla Model S owner in Sweden, the Moose Test became a rather frightening reality. While driving at night on an icy road, the Tesla owner came across an adult moose and her calves, two of which were following behind. One of the calves sprinted across the road to safety, but the other crossed the road casually. It was only moments before an imminent collision with the large animal seemed inevitable.

Fortunately for the Tesla owner, the vehicle detected the impending collision, and its driver, David, promptly swerved around the animal. Video taken from the Tesla Model S’ built-in dashcam depicted the sequence of events that transpired as the moose came into view and as the Tesla swerved to avoid it. The sudden maneuver resulted in the Tesla fishtailing for a bit, though the driver was able to straighten out the vehicle quickly.

In a later post at the Tesla Owners Club Sweden Facebook group, the Model S owner noted that the experience was quite surreal. Despite coming extremely close to what could very well have been a serious accident, the Model S actually came away without any damages. “I can barely believe it to be true myself. And that I also managed it without visiting a workshop,” the Model S owner wrote.

Thanks to its all-wheel-drive system, the Tesla Model S handles pretty well in the snow, especially when it’s equipped with winter tires. This, together with its robust set of safety features, allows the vehicle to have the capability to react quickly and safely to any unexpected incidents on the road—including a real-life Moose Test.

Watch a video of the Model S owner’s icy encounter in the video below.