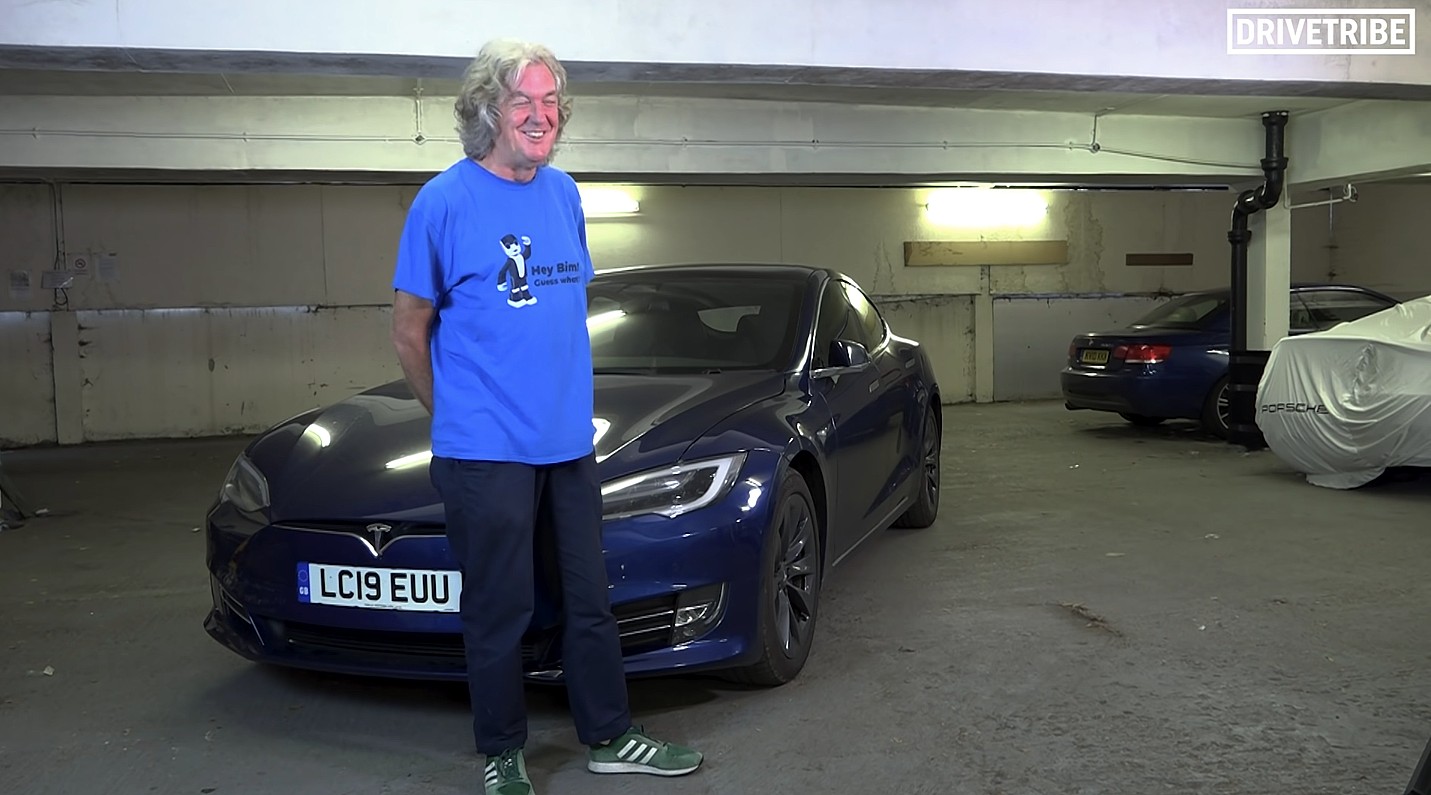 Former Top Gear host James May has been a fan of Teslas for a while now, calling the Model S as one of the United States’ best muscle cars in the market today. May actually bought a Model S for himself, and while there are a notable amount of things that he likes about his all-electric sedan, there are a number of mildly infuriating things about the vehicle that need to be discussed.

In a recent video that references the style of popular car reviewers on YouTube, May covered six things that he hates about his Tesla Model S 100D. And in true James May fashion, the former Top Gear host did not disappoint, starting his roast with the fact that his car was “filthy.” This is on-brand for the veteran motoring host, as May is known for liking his cars clean and spotless.

Moving along, May covered a number of legitimate complaints about his Model S. The auto veteran noted that the Model S’ auto-presenting door handles don’t always work, and they still require him to press on them before they engage. May also remarked that the Model S’ automatic shutoff system, which engages after about 30 seconds or so after he leaves his car, is annoying, since he ends up having to turn on his car again after doing simple tasks such as opening a gate.

“Now why is it off? I understand that it doesn’t run like a conventional petrol (or) diesel car. You don’t start it. It’s either on or off because it’s just an electrical device. But I only got out for 30 seconds. Can it not just let me do that and not have to get the key out and double-click it and get it going again so I can simply drive it onto the drive?” May remarked.

Moving to the back of the car, James noted that the Model S’ boot, while extremely large and spacious, makes a loud sound when it closes. The former Top Gear host stated that he understands that the feature is possibly there for safety, but it tends to be extremely loud when he closes the hatch at five in the morning. So loud, in fact, that it could wake up his neighbors.

May also remarked that the rear badging of the Model S is dislikable. The veteran host stated that the Tesla logo and the word “TESLA” are both very futuristic and contemporary, which is very attractive. However, the font used for the words “Model S” and “100D” was less than appealing, as it reminds him of old Western movies that were still filmed in black and white film. And finally, May noted that when he’s driving, he sometimes hears a sound on his rear suspension that almost feels like a worn bush or driveshaft.

Watch James May’s roast of his Tesla Model S in the video below.