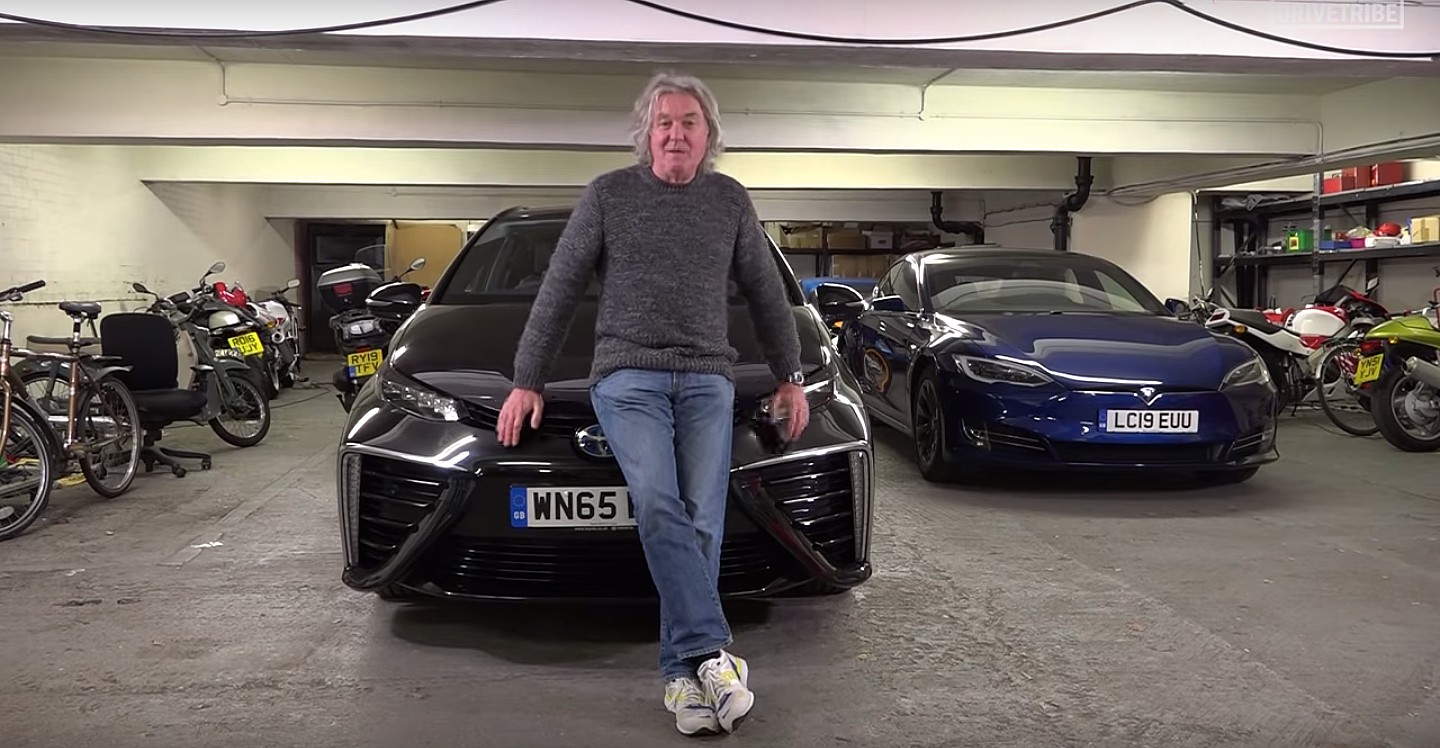 The Toyota Mirai is the Japanese automaker’s hydrogen fuel cell-powered mid-size sedan and was unveiled in 2014 at the Los Angeles Auto Show. Toyota has been developing fuel cell vehicle technology since 1992 when the company decided to invest time into producing alternative fuel options for its vehicles, and decided to redevelop the Mirai for release in 2020. Hydrogen must be extracted from an external source, such as water or a fossil fuel. This can be a lengthy and somewhat laborious process, and Tesla CEO Elon Musk has stated in the past he finds hydrogen fuel cells to be “extremely silly”.

After speaking at the Automotive World News Congress event in Detroit in 2015, Musk gave his thoughts on the process of separating hydrogen from its main derivative to supply a vehicle with energy. “It’s just very difficult to make hydrogen and store it and use it in a car. Hydrogen is an energy storage mechanism, it is not a source of energy, so you have to get that hydrogen from somewhere,” Musk said to reporters.

“If you get that hydrogen from water, so you’re splitting H2O, the electrolysis is extremely inefficient as an energy process. If you compare it to a solar panel, and you use that energy from a solar panel to charge a battery pack directly, compared to trying to split water, take the hydrogen, dump the oxygen, compress the hydrogen to an extremely high pressure or liquefy it and then put it in a car and run a fuel cell, its about half the efficiency, its terrible. So why would you do that? It makes no sense.”

May purchased his Tesla Model S 100D in early November and unveiled it on the DRIVETRIBE YouTube channel. Describing his newest purchase as “just a car”, May stated he enjoyed the excessive cargo space, the frunk, and the keyfob shaped like his vehicle. While the man responsible for hosting a show that has primarily showcased the power and performance of petrol-based automobiles, he admits he does not know where the automotive industry will go in the future due to the evolving popularity of electric vehicles. He does see, however, electric cars being the norm.

Vehicles powered by a hydrogen fuel cell must be “filled up” at a hydrogen fuel station. These stations are rare according to energy.gov, who states there are 49 total hydrogen refueling locations within the United States and Canada. The availability of Tesla Superchargers is growing every week, and currently, there are 1,636 total stations, with 14,497 total Superchargers in North America. The convenience factor of electric vehicles, as of now, is more beneficial to a consumer that lives outside of California, where 43 of the 49 total hydrogen stations are located.

An influencer like James May who has such a strong following is comparing the advantages and disadvantages of both battery-powered vehicles and hydrogen fuel cell cars could be beneficial. This strategy could bring an even and unbiased contrast between the cars powered by different fuel sources. May stated he will release a follow-up video within the coming weeks that will do an in-depth comparison of the two vehicles.

You can watch James May’s unveiling of his new Toyota Mirai below.