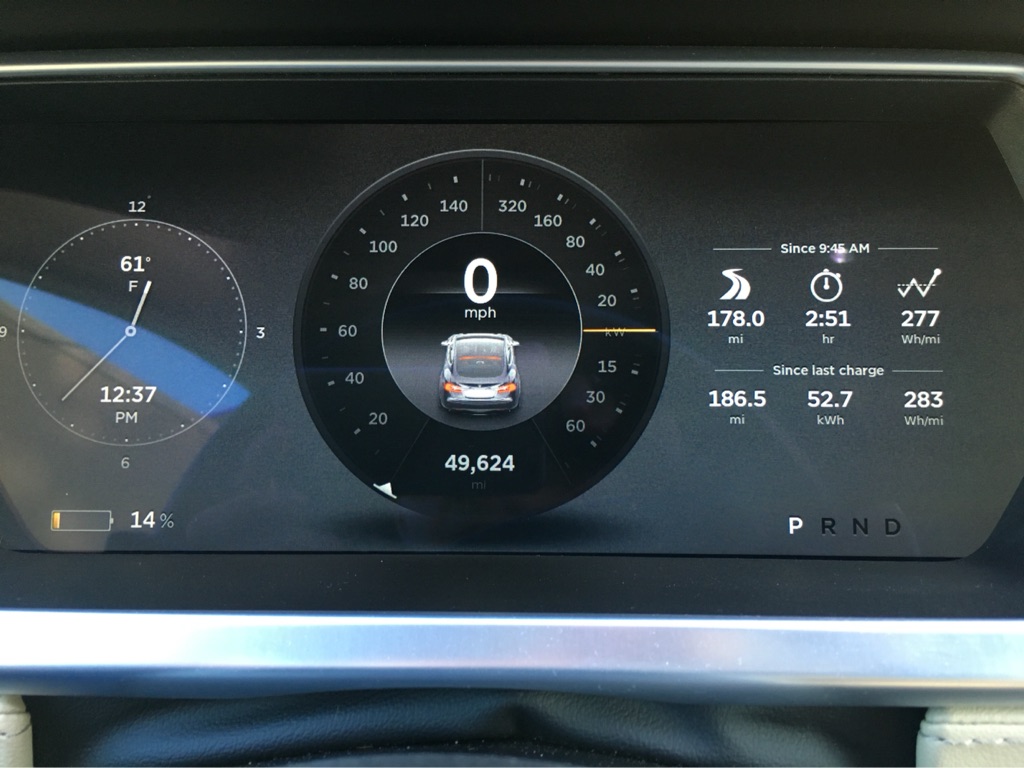 Almost a year ago I had my first annual service for my Model S and wrote about the experience here. Given it took me 6 weeks to make the last appointment, this time around I called 6 weeks before the anniversary date and was surprised to get an appointment 2 weeks out. This was great to hear as I’ve had concerns about Tesla service being able to scale. I had my pick of days so I decided to do it on the same day as the Model 3 launch so I could drop my car off and go wait in line for the Model 3 which was a lot of fun.

The second service brought a number of good surprises and I wanted to share my experience. I usually keep a running list of stuff that I want Tesla Service to look at the next time I go in for service (which isn’t often). Here’s the list of items that I’ve accumulated:

As usual they gave me a Model S as a loaner. This one was a S85 like mine only slightly newer and sadly no Autopilot hardware to play with.

Service was done by the end of the day and I picked my car back up. The list of work they did was long and unexpected, and so was the price — but in a positive way.

I hope I don’t get anyone in trouble and that none of this was a mistake as the published prices below are higher, but i’m going to share the experience anyway. My car was 50 miles short of 60,000 miles and I do not have the extended warranty. I have coverage on the battery and drive unit (unlimited miles/8 years for both) so my total cost for the annual service was $400.00.

Here’s a plot of my service cost against number of miles driven. The main cost is due to the annual service and then decreases with basic wear and tear maintenance such as replacing tires. I’m currently averaging $0.02/mile for service cost at 60,000 miles which is the same as my old Acura at the same mileage. The Acura started climbing in service costs right after 60,000 miles, but I’m expecting the Model S to remain flat. Only time will tell.

Should the service cost remain flat as expected, future Model 3 owners will come to realize that the cost of ownership for the vehicle is even cheaper than what they may normally pay with an ICE. Now for the laundry list of things Tesla worked on:

And of course they provided a free loaner, and charged up my car.

While many joke about how little service they actually have to do on an annual service for the money they charge I think the value I got from Tesla for $400 was tremendous.

With my high mileage driving I essentially “skipped” many of their recommended service intervals and instead of penalizing me for that by adding them up and hitting me with a big bill as other manufacturers would do, they charged me the for the interval that fit the current mileage.

After the service was done I asked the service manager if I could keep doing just the annual services despite my high mileage and he said I could.