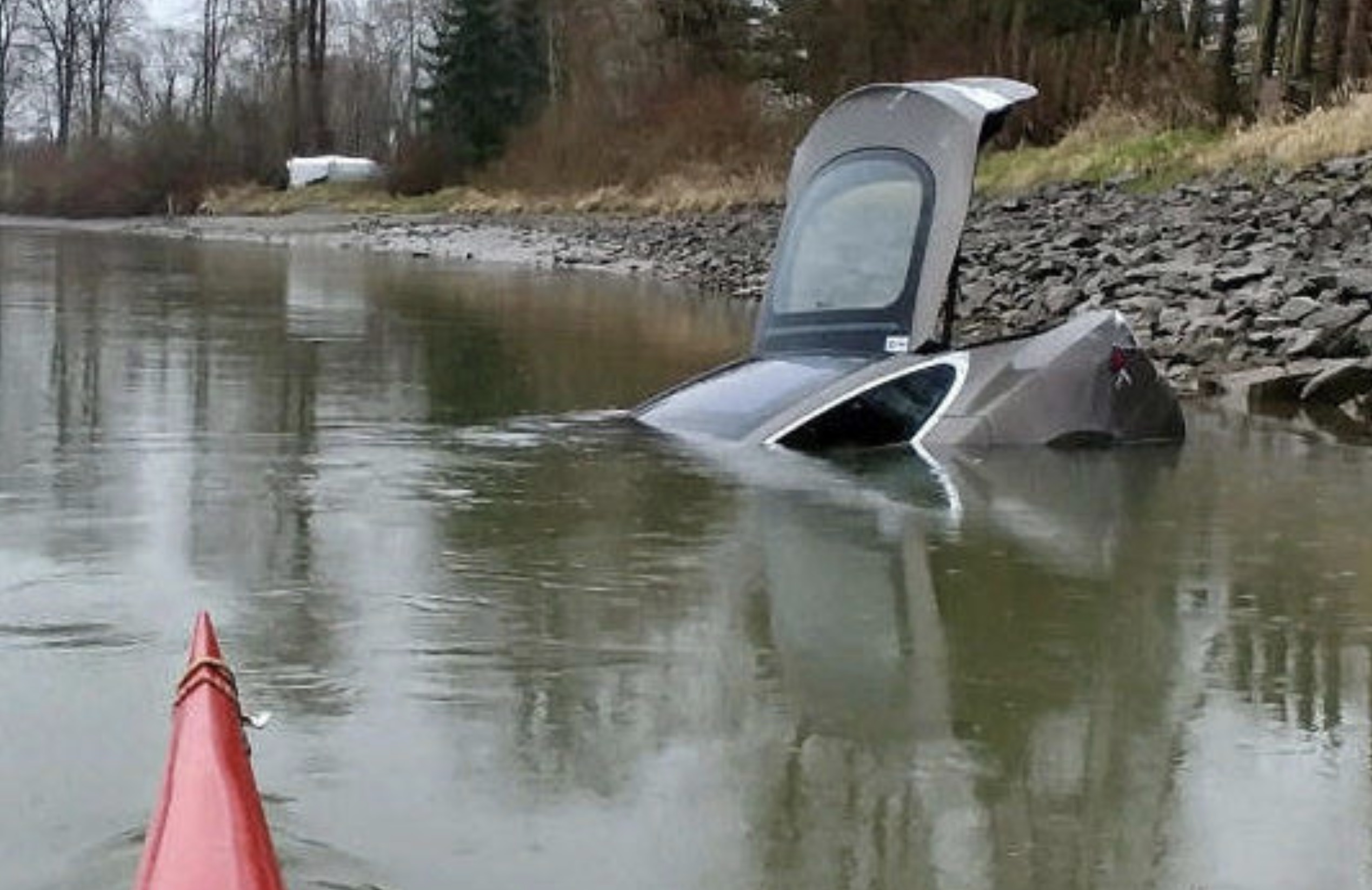 A paddler from Langley, Canada recently came upon a rather strange sight — a stolen Tesla Model S floating on a river. What’s even stranger was that the Model S thief appears to have left a big bag of onions inside the electric sedan.

The incident transpired early Wednesday last week, as the paddler was on Fraser River in Fort Langley, British Columbia. The Model S’s entire front end was underwater, though its rear was sticking out. The Model S was painted in titanium metallic silver — an option that Tesla no longer offers.

Royal Canadian Mounted Police (RCMP) Corporal Holly Largy stated that police were dispatched to Fraser River after the sighting was reported. According to Largy, the full-sized luxury electric sedan was stolen from Burnaby, BC on Tuesday night, the day before it was sighted floating on the water, according to a report from The Langley Times.

The Model S thief left a large bag of onions inside the electric car, which floated away from the vehicle when authorities started recovering the car. The paddler helped retrieve the vegetables as evidence for the local police’s investigation.

“Why they had a big bag of onions is anyone’s guess,” the paddler said. 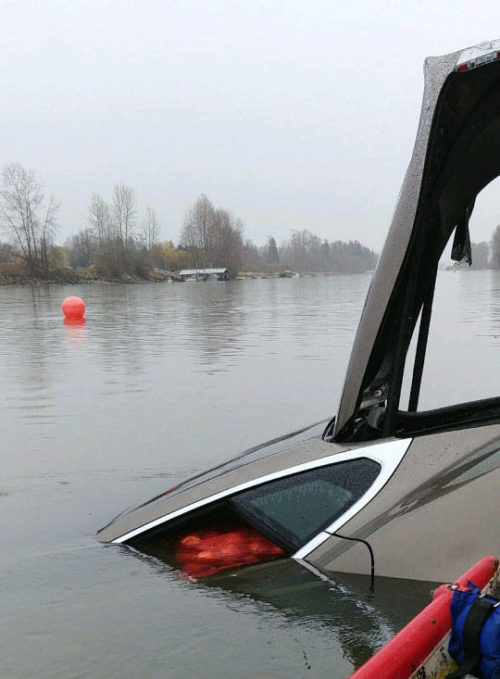 A stolen Tesla Model S floating on the water. [Credit: The Langley Times/Facebook] 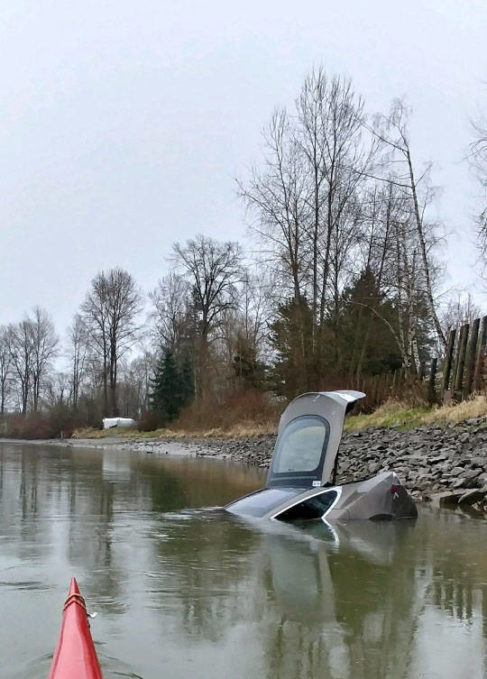 A stolen Tesla Model S floating on the water. [Credit: The Langley Times/Facebook]

Adding to the bizarre nature of the incident, the Model S appears to have floated some distance before it was discovered by the paddler, considering that the boat launch was a good distance away from the location where the car was spotted. This is in line with one of Elon Musk’s tweets from way back in 2016, when he stated that the Model S could float well enough to turn it into a boat (not to be confused with Tesla’s James Bond Lotus Esprit Easter Egg) for short periods of time. According to Musk, the Model S’ battery and drivetrain should be safe during short run-ins with water, considering that the units are sealed.

We *def* don't recommended this, but Model S floats well enough to turn it into a boat for short periods of time. Thrust via wheel rotation.

Elon Musk’s fascination with cars that can handle a good amount of water was in full display when he purchased the actual Lotus Esprit submarine used as a prop in the classic James Bond movie The Spy Who Loved Me. Winning the car through an auction, Musk as later quoted to have playfully stated that he was disappointed to find that the Espirt did not actually transform. According to a CNN Money report, a statement provided by Tesla teased that Musk would be trying to make a real transformable car in the future.

“I was disappointed to learn that it can’t actually transform. What I’m going to do is upgrade it with a Tesla electric powertrain and try to make it transform for real,” Musk said.

A strange incident involving a Tesla happened in the United States last month as well. As we noted in a previous report, a self-confessed Tesla hater in Santa Barbara, CA attacked a Model S as it was driving by. According to witnesses, the man was saying “I hate Teslas!” while swinging a hatchet in one hand.

The man made contact with the Model S in the Santa Barbara incident, though the electric car did not incur any damages. After attacking the Model S, the Tesla-hating man attempted to flee on foot, though he was later arrested by authorities near an intersection. The hatchet he was holding when he attacked the electric car was also confiscated.