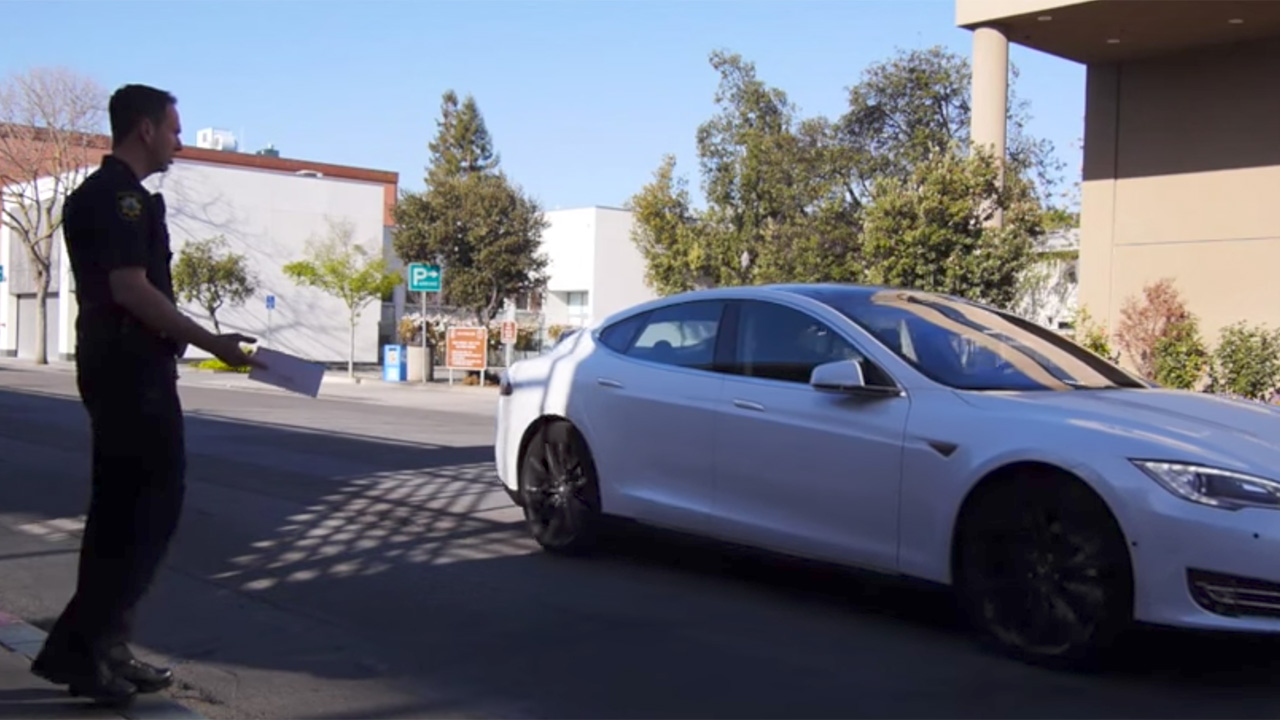 A self-confessed Tesla hater wielding a hatchet was recently arrested in downtown Santa Barbara, CA after striking an electric car on Wednesday. The passionate anti-Tesla man was arrested by the Santa Barbara police after the incident.

Local law enforcement officials were dispatched to the scene at about 12:30 p.m. PST on Wednesday after receiving reports that a man with a hatchet attacked a Tesla that was driving by. In a statement to a local news firm, Sgt. Andrew Hill noted that the suspect displayed a severe dislike for the electric car.

“He took issue with a Tesla, and said, ‘I hate Teslas,’ and created some motion with his arm while holding a hatchet,” Hill said, according to Noozhawk.

Witnesses who saw the incident stated that they heard the man make contact with the electric car as it was driving by. While contact was made with the vehicle, it appears that the man did not strike the Tesla with his hatchet.

The suspect, who remains unnamed as of writing, attempted to flee on foot, but was ultimately unsuccessful, as law enforcement officials were able to arrest him near an intersection. The suspect was booked into the Santa Barbara County Jail on suspicion of being under the influence of drugs, and his hatchet was confiscated by local police officers.

As bizarre as the incident was, there were thankfully no injuries that resulted from the hatchet-wielding man’s attack on the electric car.

While the Tesla involved in the recent Santa Barbara incident managed to escape without any damages, a Model S and X in Vondelstraat, Amsterdam were not as fortunate. As we previously reported, vandals destroyed a Model S and X by setting the electric cars on fire last January, in an act that witnesses described as deliberate and planned.

The two Teslas, which were parked 100 meters away from each other, were significantly damaged by the fire, with the Model S losing its entire hood and a significant part of its bodywork and the Model X getting its entire front end burned off. Fortunately, the Amsterdam incident, just like the Santa Barbara attack, resulted in no injuries.

It’s not only Tesla’s electric cars that are subjected to the occasional malicious attack, however. Back in November 2016, we covered a vandalism incident at a Supercharger station connecting LA to Las Vegas. The vandals, who initiated their attack ahead of the Thanksgiving weekend, were successful at temporarily disabling the station’s chargers. As soon as reports emerged of the vandalism, however, Tesla acted quickly, repairing the Supercharger facility and getting things back to working order.