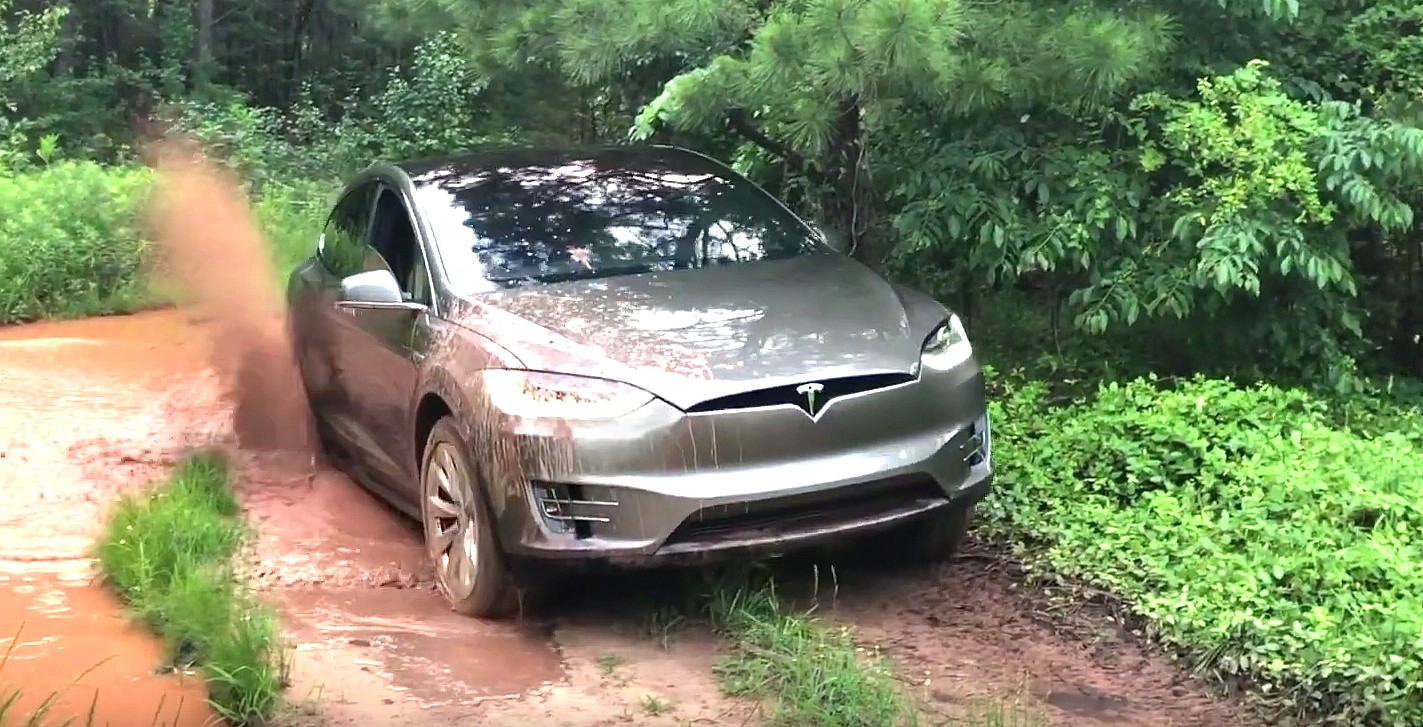 (Credit: Out of Spec Motoring/YouTube)

While the Tesla Model X is an excellent city car with its futuristic Falcon Wing Doors and its spaceship-like cabin, it turns out that the dual-motor all-electric SUV is actually pretty capable even in areas that are off the beaten path. As showcased in a recent video, the Model X does well in off-road paths, even when it’s equipped with stock tires.

Auto adventure-themed YouTube channel Out of Spec Motoring recently took out a Model X on an off-road course, which included deep mud, a series of steep hills, and sharp undulations. The vehicle was equipped with stock tires as well, though its ride height was set to its highest setting and its slip start function was enabled for the entire run.

As could be seen in the video, the Model X deals with muddy trails impressively. In several points of the footage, the all-electric SUV’s instant torque could be seen playing an important role in keeping the vehicle planted on the slippery route. Its dual motor AWD setup also helped prevent the Model X from losing traction and getting stuck in areas where the mud was at least a few inches thick.

It should be noted that the Model X is not designed to be a serious off-roader. The vehicle is a very well-mannered car on the road, after all, and it’s known for providing an extremely comfortable ride for up to seven passengers. Nevertheless, watching a stock Model X traversing steep muddy hills, one cannot help but hope that Tesla would eventually release an off-road package for the vehicle. Some proper off-road tires, a higher ground clearance, a tow bar, and some dedicated off-road features would be very compelling.

The Model X’s off-roading feat in the recent video all but invokes excitement for Tesla’s upcoming pickup truck. Elon Musk has suggested that the upcoming vehicle will be capable of performing tasks comparable to a Ford F-150, which all but suggests that the pickup will have better off-road capabilities than the company’s current lineup of vehicles. With this in mind, it seems safe to assume that areas such as those traversed by the YouTube group’s stock Model X will be handled with ease by the Tesla Truck.

Watch a Tesla Model X tackle an off-road course in the video below.