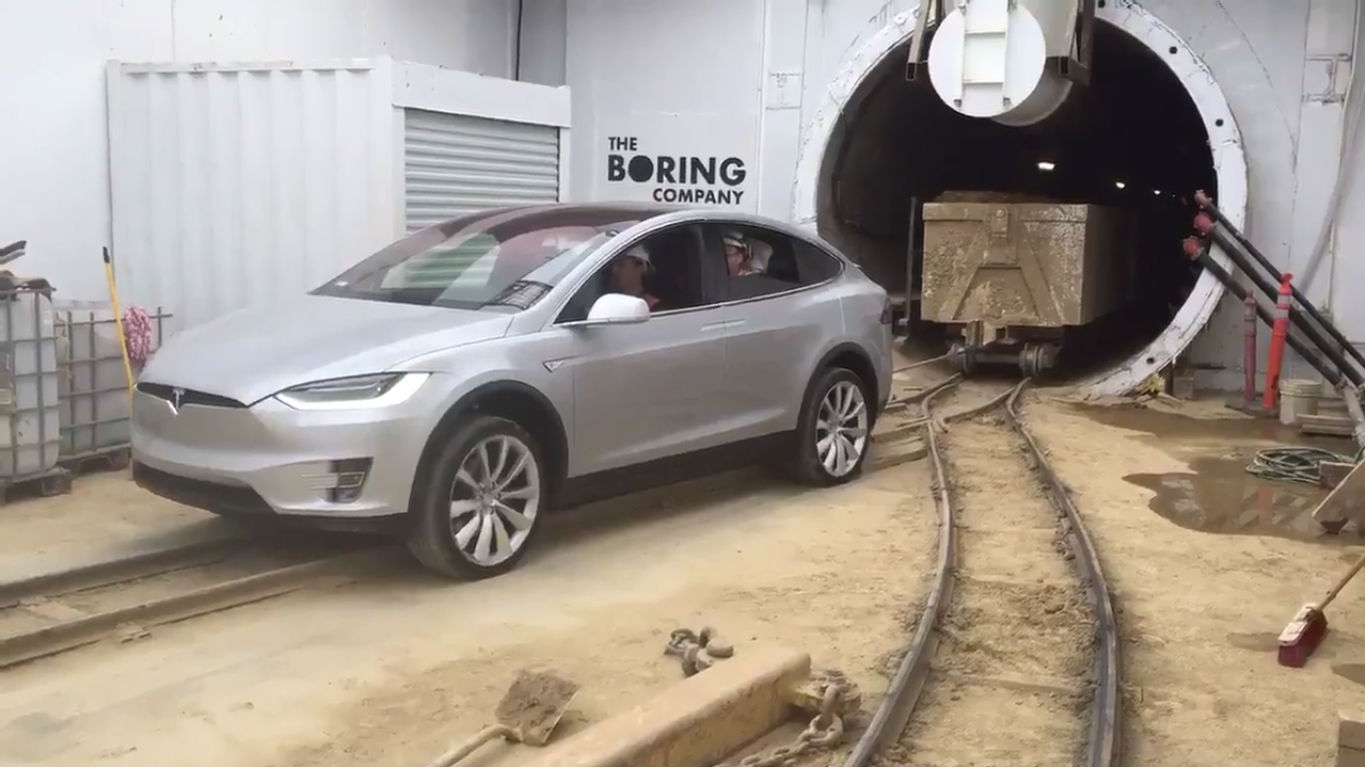 Tesla CEO Elon Musk just shared what could very well be the Model X’s most impressive and most insane feat yet — pulling roughly 250,000-pounds (125 tons) worth of muck and rail cars out of a Boring Co. tunnel. Musk’s video was a response to one of his followers who asked about the electric SUV’s towing limit.

What’s particularly impressive about Musk’s clip was just how effortless it seemed for the Model X to tow the 250,000-pound cargo. Quite unlike the usual tug-of-war videos featuring the Model X battling against ICE heavyweights such as the Hummer H2, the all-electric SUV in Musk’s Twitter video was not spinning its tires or attempting to accelerate quickly. Instead, it was pulling the rail cars out of The Boring Co. tunnel in a very regulated speed, allowing its tires to gain enough traction.

While the Model X’s feats of strength involving vehicles and cargo that are far heavier than its rated 3,500-5,000-pound towing capacity are incredibly impressive, much of it is due to physics. Light vehicles, after all, are capable of pulling heavy cargo provided that they have enough traction and momentum. Nevertheless, the instant torque produced by the Model X’s two electric motors definitely helped the SUV in Musk’s video tow its 250,000-pound cargo from The Boring Company tunnel.

No real surface is perfect, but it did pull about 250,000 lbs of muck rail cars out of a tunnel pic.twitter.com/wlKbLwd0f7

Apart from the Model X’s impressive feat, Musk’s recent Twitter video also gave a good idea of the size of the Boring Company’s projects. Based on Musk’s recent video, the size of the startup’s tunnels are really compact. This is in line with Elon Musk’s concept for The Boring Co.’s tunnels, which are designed to be smaller than faster to dig than projects dug by larger, more conventional tunnel boring machines (TBMs).

Apart from being smaller and faster to construct, the Boring Company’s tunnels are also far more affordable than the industry standard. Currently, the average price of tunnels that are dug by conventional TBMs cost around $1 billion per mile. Since the Boring Company’s tunnels are roughly 50% smaller, however, Elon Musk expects to reduce the startup’s tunneling costs by a factor of four.

Despite its advanced tech and novel features such as its Falcon Wing Doors, the Tesla Model X is still an incredibly durable vehicle. As we noted in a report earlier this month, a Model X parked in a Philadelphia, PA office parking lot became the unfortunate victim of a falling tree. During the incident, the tree quite literally fell on the Model X, but despite this, the electric SUV came away from the incident relatively unharmed.

Of course, the Model X is also a formidable force in tug-of-war battles. During Musk’s Twitter session on Thursday, he shared our article about a Tesla Model X being challenged by a Chevy Camaro 350 IROC-Z in a tug-of-war match. The results of that battle are what could be called a classic, electric beatdown.