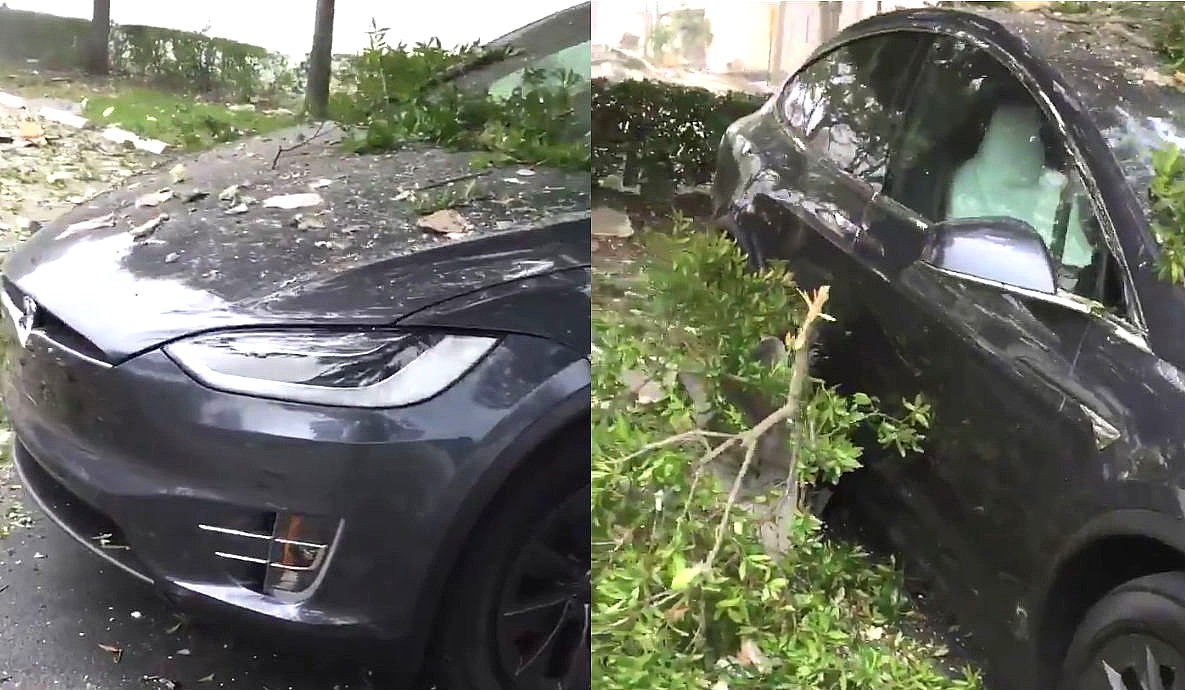 A Tesla Model X owner was able to escape harm following a massive explosion at Plantation, FL this past Saturday. During the incident, which resulted in multiple stores at a shopping center getting completely destroyed and large chunks of concrete flying through the air, the electric car owner opted to seek shelter in his electric SUV, allowing him to escape the incident completely unscathed.

Tesla owner Guillermo Villa was about to charge his Model X at the Plantation, FL Supercharger when he heard a massive blast from a nearby shopping center. Looking at the explosion’s direction, Villa saw a bright light and a cloud of debris, which started falling on him. Looking for the closest shelter he can find, the Tesla owner opted to seek refuge underneath his Model X. From the bottom of the all-electric SUV, Villa saw people running and shouting. In a statement to ABC News, the Model X owner stated that the experience had been incredibly frightening.

On the scene of a building explosion in Plantation, FL. A witness just shared this video of the aftermath. He tells me he heard the explosion as he was about to charge his Tesla. He dove underneath the front of it as debris fell all around him. pic.twitter.com/RRJ9kEA8GE

“I started seeing pieces of the building falling on my head. I went underneath my car because there was so much debris flying. It was like raining pieces of roof, wall, bricks. I was afraid. I thought it was a terrorist attack at the beginning,” he said. Fortunately for Villa, his Model X proved enough to shield him from falling debris, allowing him to escape from the harrowing experience without a scratch. “It was so close … I am blessed. I cannot believe nothing happened to me,” he added.

A video of the incident’s aftermath showed Villa’s Model X covered with debris from the nearby explosion. Other Teslas that were parked at the Supercharger also seemed to have been covered by debris. In a way, Villa was indeed lucky, considering that his Model X was parked close to a tree, which likely deflected some of the debris falling on the vehicle. The Model X also sits higher above the road than the Model S and Model 3, which made it easier for Villa to crawl underneath the SUV. An update on any damages that the Model X might have incurred from the accident has not been released, but based on the video of the explosion’s aftermath, it appears that the all-electric SUV was able to escape any major damages.

The massive explosion that rocked Plantation, FL on Saturday injured 23 people. An initial call from authorities stated that the incident was a gas explosion, particularly since a HAZMAT team from the Plantation Fire Department found a gas leak amidst the rubble of the damaged shopping center. Nevertheless, investigations are still underway to determine if the gas leak was indeed the reason behind the massive, catastrophic blast. Plantation Fire Deputy Chief Joel Gordon explained this in a statement to CNN. “At this point, we have not actually confirmed that it was an explosion due to gas. We believe that. That’s what it appears to be,” he said.

If there is one silver lining from the potentially deadly incident, it is the fact that there were no fatalities from the suspected gas explosion. Two people incurred serious injuries, but considering the scale of the blast and the extensive damages it caused to nearby buildings, it was practically a miracle that everyone in the area survived. “This could have been a lot worse,” the Fire Deputy Chief said.