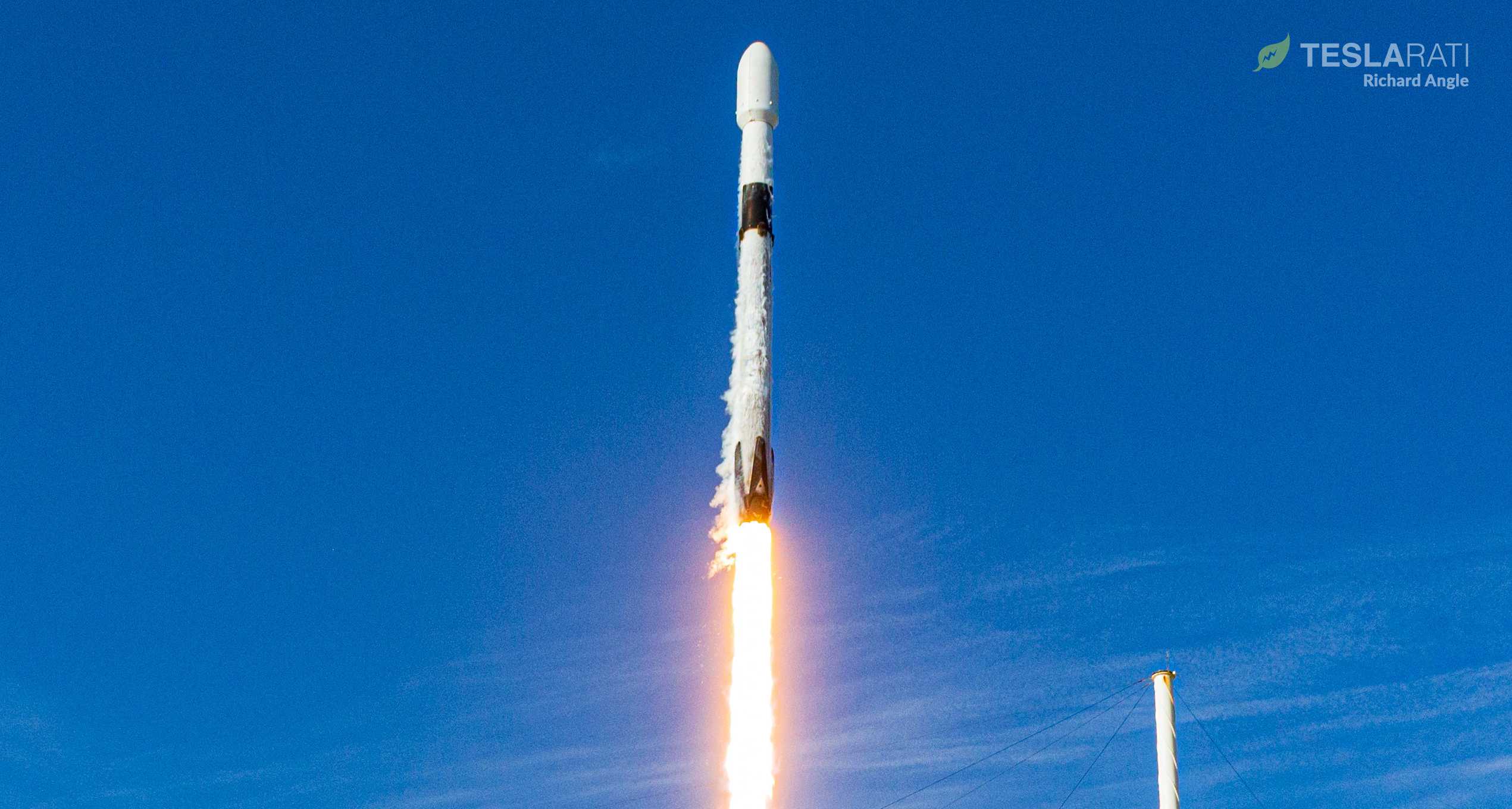 Pictured here during its third launch, Falcon 9 booster B1051 is scheduled for its fourth launch on April 23rd. (Richard Angle)

Just a month after an automatic launch abort sequence and subsequent in-flight engine failure, the SpaceX Falcon 9 is ready to return to flight. SpaceX’s sixth Starlink V1.0 and seventh overall launch of 60 Starlink satellites – initially expected on April 16th later delayed to April 23rd – will mark the triumphant return of a flight-proven booster.

Early on Thursday, April 16th – a week ahead of the scheduled launch attempt – the flight-proven B1051 Falcon 9 booster fully stacked with the integrated payload of 60 flat-stacked Starlink satellites, rolled out to Launch Complex 39-A at Kennedy Space Center. Just over twenty-four hours later on Friday, April 17th, the rocket and payload were raised into the vertical launching position. At noon on Friday, SpaceX teams conducted a wet dress rehearsal fully fueling the first stage booster with propellant – rocket grade kerosene (RP-1) and liquid oxygen (LOX) – before successfully conducting a full-duration, pre-launch ignition of all nine Merlin 1D engines while holding the rocket in place – called a static fire.

Shortly after the test completion, SpaceX confirmed the targeted Thursday, April 23rd launch attempt scheduled for 3:16 pm EDT from LC-39A via the company’s Twitter account. Along with the launch date, SpaceX confirmed that the upcoming Starlink-6 mission (seventh overall) will be the fourth attempted launch and recovery of booster B1051. This booster previously supported launches from three different launchpads in Florida and California. Perhaps most notably, it supported the successful first uncrewed demonstration mission of the Crew Dragon capsule in March of 2019.

SpaceX also confirmed that the protective nosecone encapsulating the satellite payload, called the payload fairing, is also recovered and reused flight-proven hardware. To date, SpaceX has reused fairing halves twice. Both instances have been conducted on internal Starlink missions, one in November 2019 and the most recent on March 18th’s Starlink-5 mission. Both featured fairing halves that were recovered after landing softly in the water of the Atlantic ocean. Ultimately, only the fairing halves of the most recent March 18th Starlink-5 mission were successfully recovered. The recovery attempt during November’s mission was called off due to rough seas.

According to SpaceX, April 23rd’s upcoming Starlink-6 mission will feature fairing halves recovered from the AMOS-17 mission launched in August of 2019. As previously covered by Teslarati, the mission resulted in a fairing half caught in a large net mounted atop one of the company’s fairing recovery vessels, GO Ms. Tree. The other half was scooped up after a gentle water landing. Starlink-6 will be the first time that a fairing half caught in a net is re-used in conjunction with a half recovered from the water. If the fairing halves perform nominally, as expected, it will help SpaceX to push the envelope of flight-proven hardware reuse even further.

Closely mirroring the Starlink-5 mission, SpaceX will once again launch from LC-39A and utilize a slightly altered mission profile. This will allow the Falcon 9’s second stage to deliver the 60 flat-stack satellites to an elliptical, rather than circular, orbit intended to reduce stress during booster re-entry and landing. Although used with previous missions, this particular mission profile has yet to result in a successful booster recovery.

If successful, Starlink-6 will be the first time a booster lands on the autonomous spaceport drone ship “Of Course I Still Love You” since this boosters last landing in January 2020 following the successful Starlink-4 mission. As of Sunday morning, April 19th, “Of Course I Still Love You” departed Port Canaveral to travel to the recovery zone some 629km downrange ahead of Thursday’s launch attempt. The crew recovery vessel, GO Quest, followed shortly thereafter. The two fairing recovery vessels GO Ms. Tree and GO Ms. Chief are expected to leave port early in the week as the ships are built for speed and will reach the destination much quicker.