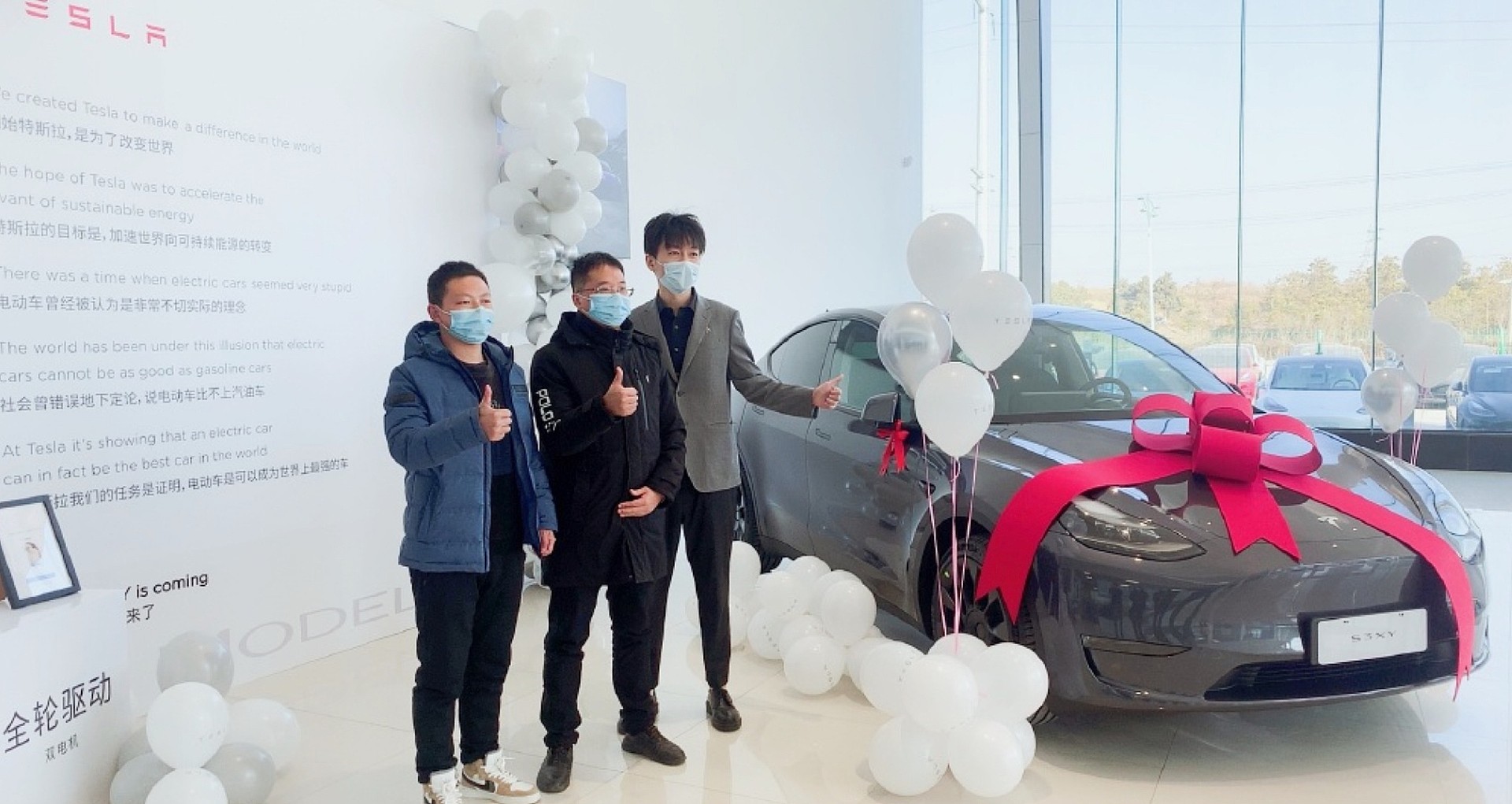 Tesla Model Y demand in China hasn’t changed much, even though the automaker raised the all-electric crossover price last week. New reports from Chinese media indicate that foot traffic in Tesla showrooms remains stable, despite the increased prices. The outlet also interviewed 20 potential buyers, who gave their insights regarding the potential purchase of the all-electric Model Y in the future.

Last week, Tesla increased the price of the two offered variants of the Model Y in China. The Dual Motor Long Range All-Wheel Drive increased from ¥339,900 to ¥347,900, while the Performance variant rose from ¥369,900 to ¥377,900. The ¥8,000 ($1,217) price increase was attributed to the Model Y’s increased demand in China, cracking into the top 3 in sales for the first time in February, just two months into its sales campaign in the country.

Despite the price increase in China, however, it does not scare potential buyers from coming in to check out the vehicle. News reports from Caijing, a Chinese media outlet, indicate that Tesla showrooms are experiencing normal amounts of foot traffic, even though the Model Y was bumped up in price by ¥8,000 last week. Several Shanghai-located Tesla showrooms were visited by reporters from Caijing, who indicated that there was no change in the number of people visiting showrooms. The visits were made over a period of two days: once on March 24th and another on March 27th.

Additionally, 20 potential buyers who were interested in the Model Y were interviewed by the Chinese outlet. 13 of them indicated they were willing to pay the additional ¥8,000 for the vehicle. Simultaneously, the other 7 said that they would consider buying the car and may place orders after the “price stabilized.”

The report paints a clear picture of Tesla’s demand in China, a sustained and well-developed number that continues to improve over time. The Model Y, despite only being available in the market since January, broke into the top 3 in sales figures for February, only trailing the Wuling HongGuang Mini EV, the first-place car for the past six months in China, and the Model 3, the most popular electric car in China in 2020. The Model Y is likely set to be a large-scale contributor to Tesla’s ultimate growth in China, which Elon Musk has said will be the automaker’s largest market in the long-term.

“China in the long term will be our biggest market, both where we make the most number of vehicles and where we have the most number of customers,” Musk said. “I’d like to strike an optimistic note, and I’m very confident that the future of China is going to be great and that China is headed towards being the biggest economy in the world and a lot of prosperity in the future.”

Tesla’s growth in China also aligns with the government’s goal of being carbon neutral by 2060, a task that can only be reached by adopting sustainable forms of energy and transportation. “These are very aggressive goals, and I think they are great goals, and I wish other countries had these goals,” Musk said.