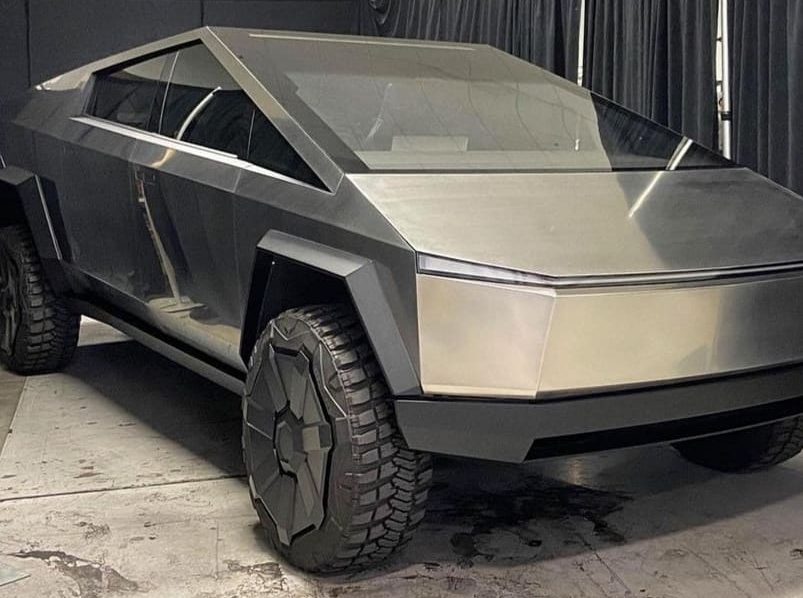 Elon Musk may still have accuracy issues when estimating the rollout dates of products like the Full Self-Driving Beta, but there is no denying that the Tesla CEO is starting to learn the art of sandbagging, at least to some degree. This is something that Elon Musk appears to be doing with the Tesla Cybertruck’s upcoming production, which is expected to begin its trial phases either late 2021 or early next year. Musk has been pretty conservative about the all-electric pickup trucks’ production in Gigafactory Texas, but if a recent report from the EV community is any indication, Tesla may have an ace up its sleeve for its Cybertruck rollout.

The Tesla Cybertruck has always been fated to be built in Gigafactory Texas, so much so that the facility was known in the electric vehicle community in the past as the “Cybertruck Gigafactory.” Yet over the months and as production equipment was spotted on the massive Texas-based complex, it became evident that it would not be the Cybertruck that would be produced first in Giga Texas. It would be the Model Y. This was hinted at by the Model Y Giga Press machines that have been spotted in the area.

The idea of Giga Texas starting its operations with the Model Y makes sense considering the demand for the all-electric crossover and the fact that the Fremont Factory is stretched thin as it is. However, it would not be an exaggeration to note that a good number of Tesla enthusiasts were a bit disappointed that the Texas-based facility would not be launching its operations with the production of the Cybertruck, a vehicle that seemed to be explicitly designed for Giga Texas production.

Fortunately, it appears that Tesla may have a plan to ensure that Cybertruck production in Gigafactory Texas does not get too delayed. Just recently, a number of EV community members such as FSD Beta user @WholeMarsBlog were informed that Tesla is already making the necessary moves to develop the Cybertruck’s prototype production lines. This reportedly involves Tesla building a pilot line for the all-electric pickup truck in the Fremont Factory. With such a prototype line in place at Fremont, Tesla could hit the ground running in Giga Texas.

These reports were immediately echoed by other EV community members, some of whom cited information reportedly related by Tesla employees from the Fremont Factory. Some have even remarked that Tesla employees moving to Texas due to the Cybertruck factory would be relocating to the Lone Star State around the end of May. Granted, these updates should be taken with a grain of salt, but they still highlight the fact that Tesla may actually have a pretty solid plan to ensure that the Cybertruck enters mass production as quickly and as smoothly as possible.

While unorthodox, Tesla’s recently reported strategy for the Cybertruck’s rollout actually makes quite a lot of sense. Having a line in Fremont for prototype validation vehicles would all but ensure that the Cybertruck’s lines in Gigafactory Texas would not require any substantial changes or adjustments when they are activated for mass production. But this is not all. The Fremont Factory is also a stone’s throw away from Tesla’s Roadrunner site, where the company is currently developing and ramping the production of its custom dry-electrode, tabless 4680 cells—the batteries that would most likely be used on the Cybertruck.

What’s particularly interesting about these recent updates is the fact that Elon Musk appears to be sandbagging the expectations surrounding the Cybertruck or Tesla’s 4680 battery cells. Unlike his typical tweets about the development of FSD features like Summon, Musk’s updates about the Cybertruck over the past months have been scarce and vague at the most. His estimated timeframes for the truck have been conservative as well. That being said, if Tesla is indeed preparing to start a pilot line in Fremont for the Cybertruck, then the company could very well be holding an ace up its sleeve—one that could shake the electric pickup market to its core when it is played.