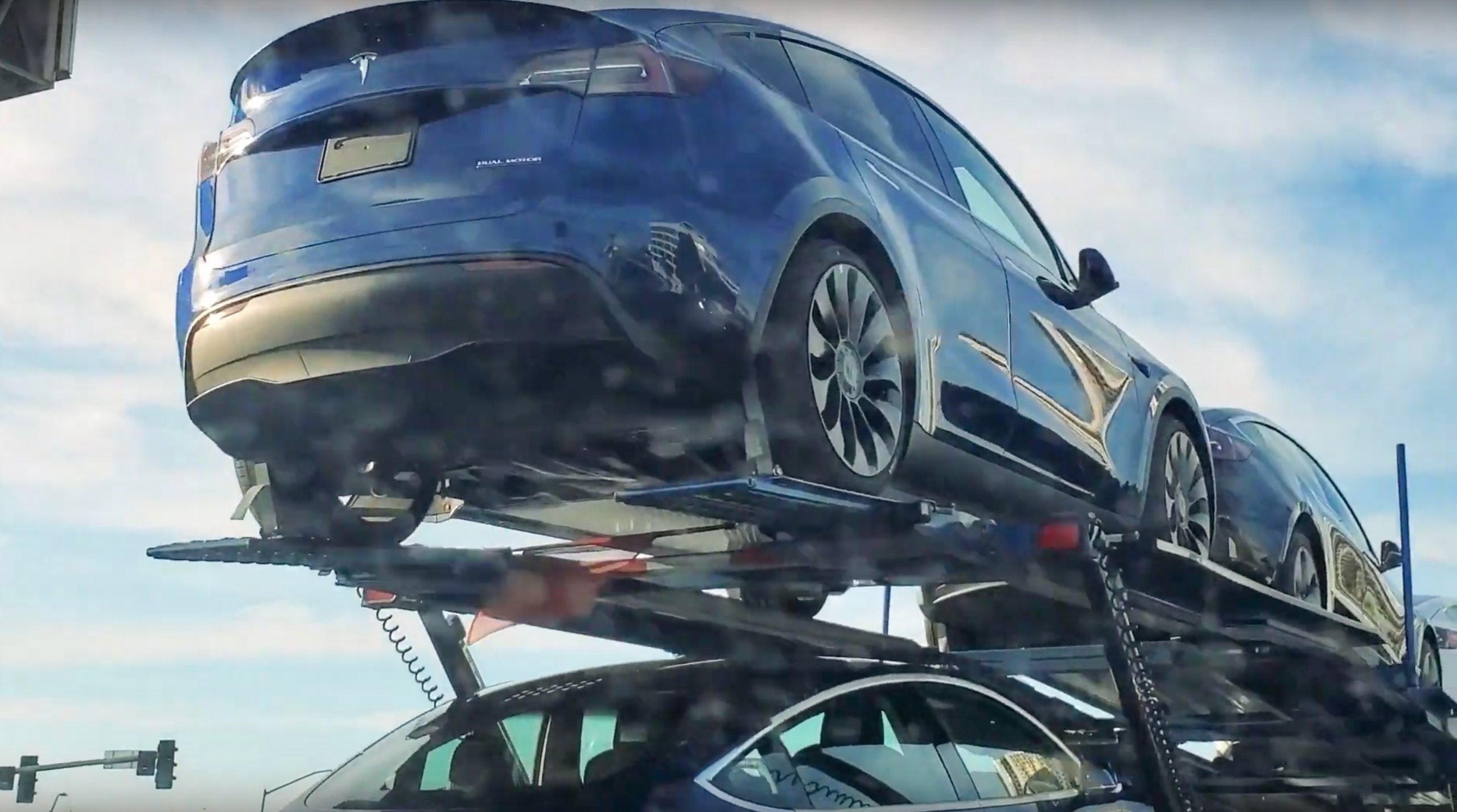 Model Y buyers in Washington State, Fremont and San Diego, California have confirmed a March 13 delivery date, according to data from a crowdsourced Google Sheet that collates Model Y order details and sources. Another customer in Oregon has confirmed their Model Y delivery on Saturday, March 14.

Customers from several Model Y Facebook Groups have also confirmed the early delivery date. “Just scheduled my delivery for 10am this Friday! It’s happening. And earlier than 15th,” one Model Y buyer wrote.

This week hundreds of Model Y units were seen waiting for delivery on the parking lot of Tesla’s factory in Fremont, California. 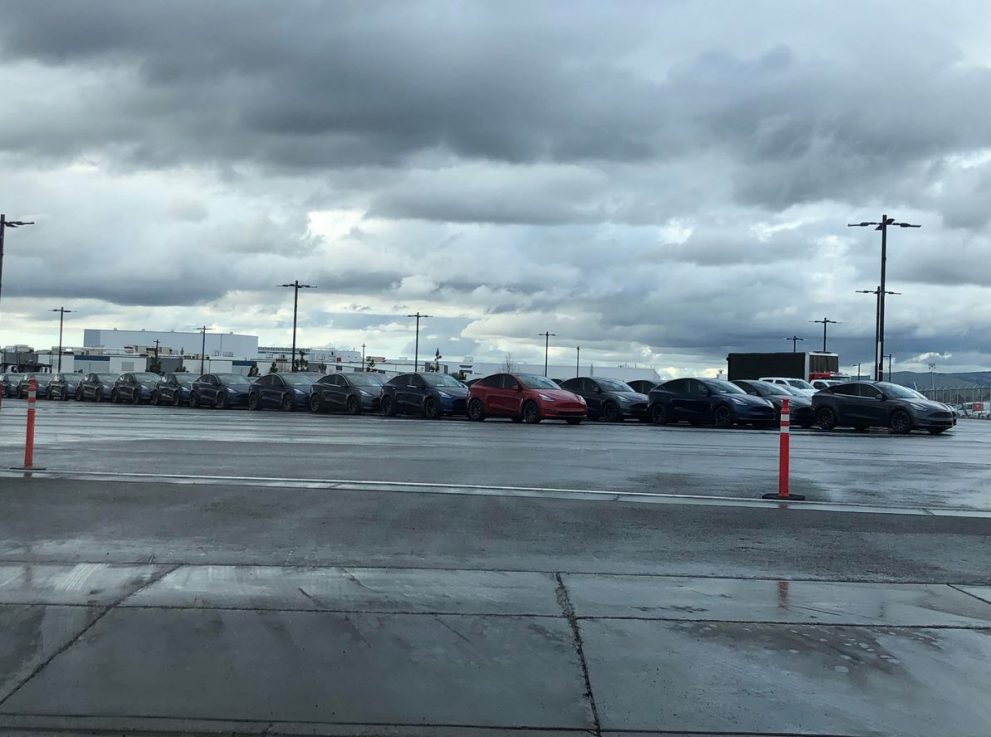 Likewise, delivery trucks loaded with different colors of Model Y were spotted cruising on the highway. Most of the units were Performance variants as denoted by the Überturbine wheels and red brake calipers.

Leading up to this Friday’s Model Y delivery date, fans and enthusiasts have also discovered Model Y images in the latest version of Tesla’s Android mobile app, a sign that the carmaker had been gearing up for the first deliveries of its electric crossover. Model Y VINs were also released last week to the first batch of buyers in California, New York, Florida, Georgia, and other states.

Teslarati will verify more Model Y deliveries in our network and will update this story as needed. When are you receiving your Model Y crossover? Let us know in the comments section or DM us @Teslarati.