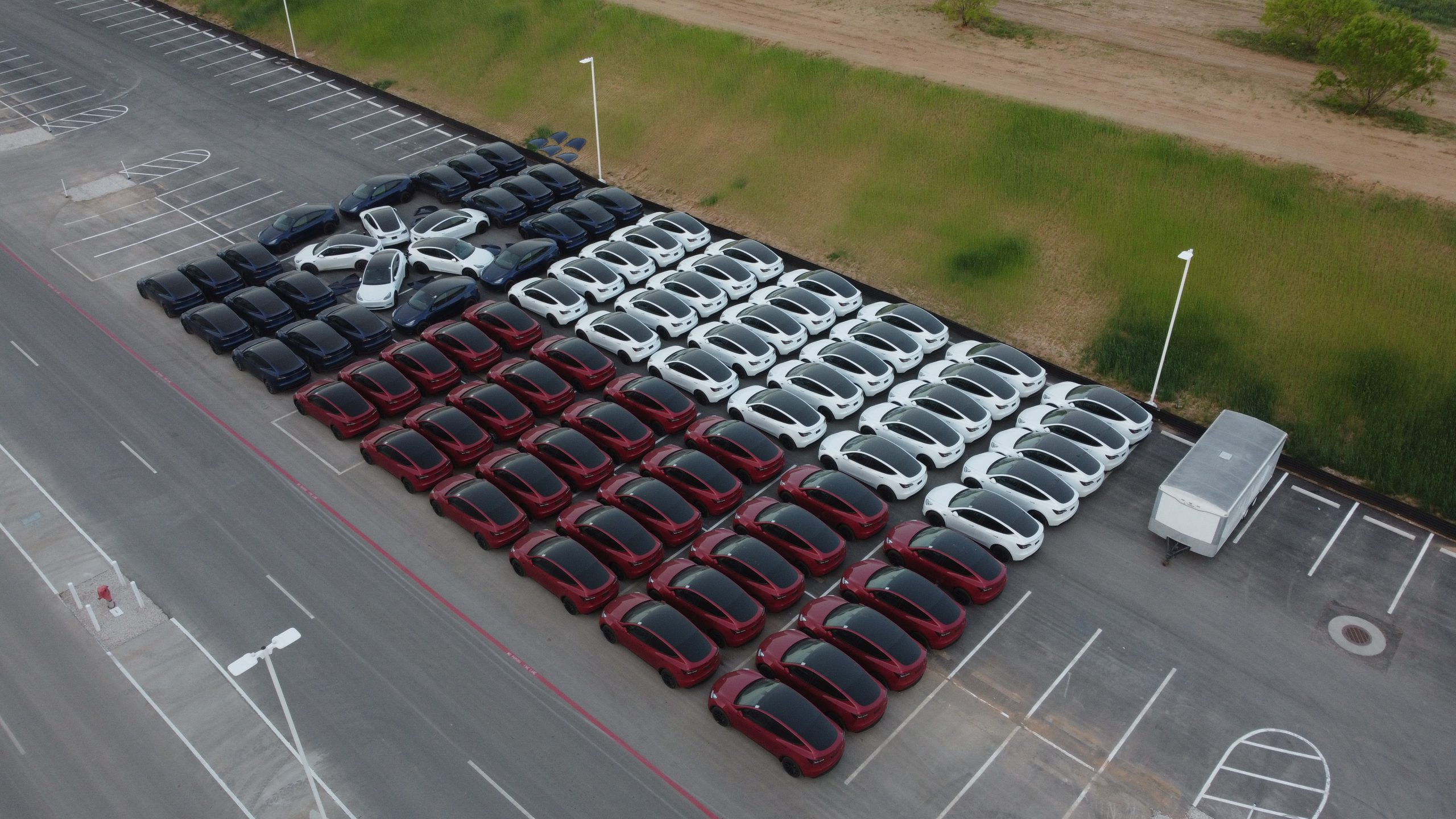 It seems like the speculations of avid Tesla enthusiasts were right on the money. Tesla was indeed forming a creative Lone Star flag in the Gigafactory Texas complex using different colored Model Ys — and the end result looks absolutely cool.

Gigafactory Texas is a massive facility with a lot of constant activity, but it is also very closely monitored by drone operators and Tesla watchers. Earlier this week, drone operator Joe Tegtmeyer, who has been following the progress of Gigafactory Texas since its earliest days, spotted a group of five white Model Ys that were parked in a strange star formation.

This was interesting enough on its own, but the vehicles were also parked beside a line of blue Model Ys. This was when Tesla enthusiasts started to infer that the electric vehicle maker might be forming Texas’ Lone Star flag using dozens of its all-electric crossover. By this time, groups of blue, black, red, and white Model Ys were also sighted around the Gigafactory Texas complex.

A more recent flyover of the Giga Texas site indicated that Tesla’s Model Y Lone Star flag has now been completed. Comprised of 87 Model Ys and some select blue body panels, the formation is very impressive. It should be noted that the images of the completed Model Y flag formation were captured on the morning of April 7, the day of the Cyber Rodeo. By this time, other areas of Giga Texas where the Cyber Rodeo celebrations will be held were also being finished.

There is a lot of excitement surrounding the Cyber Rodeo, partly because it would likely feature some of the company’s most exciting projects like the Cybertruck. Doors to the event will be opening later at around 4 p.m. CT, though festivities will begin around 8 p.m. CT. At around 9 p.m. CT, Elon Musk would be holding a talk, which would be livestreamed online. The topic of Musk’s address remains to be seen, though speculations are high that he would be discussing some updates about future projects like the Cybertruck, which the event seems to have been named after.

While the Cyber Rodeo is strictly invite-only as per Tesla’s official page for the event, Elon Musk has posted some notable updates as of late. When asked by a Tesla owner on Twitter if he could take his wife — who has no ticket — to the event, Musk responded that “the door won’t be super strict.” What this means remains to be seen, though it appears that the CEO is more than willing to accommodate more visitors to Giga Texas’ grand opening.