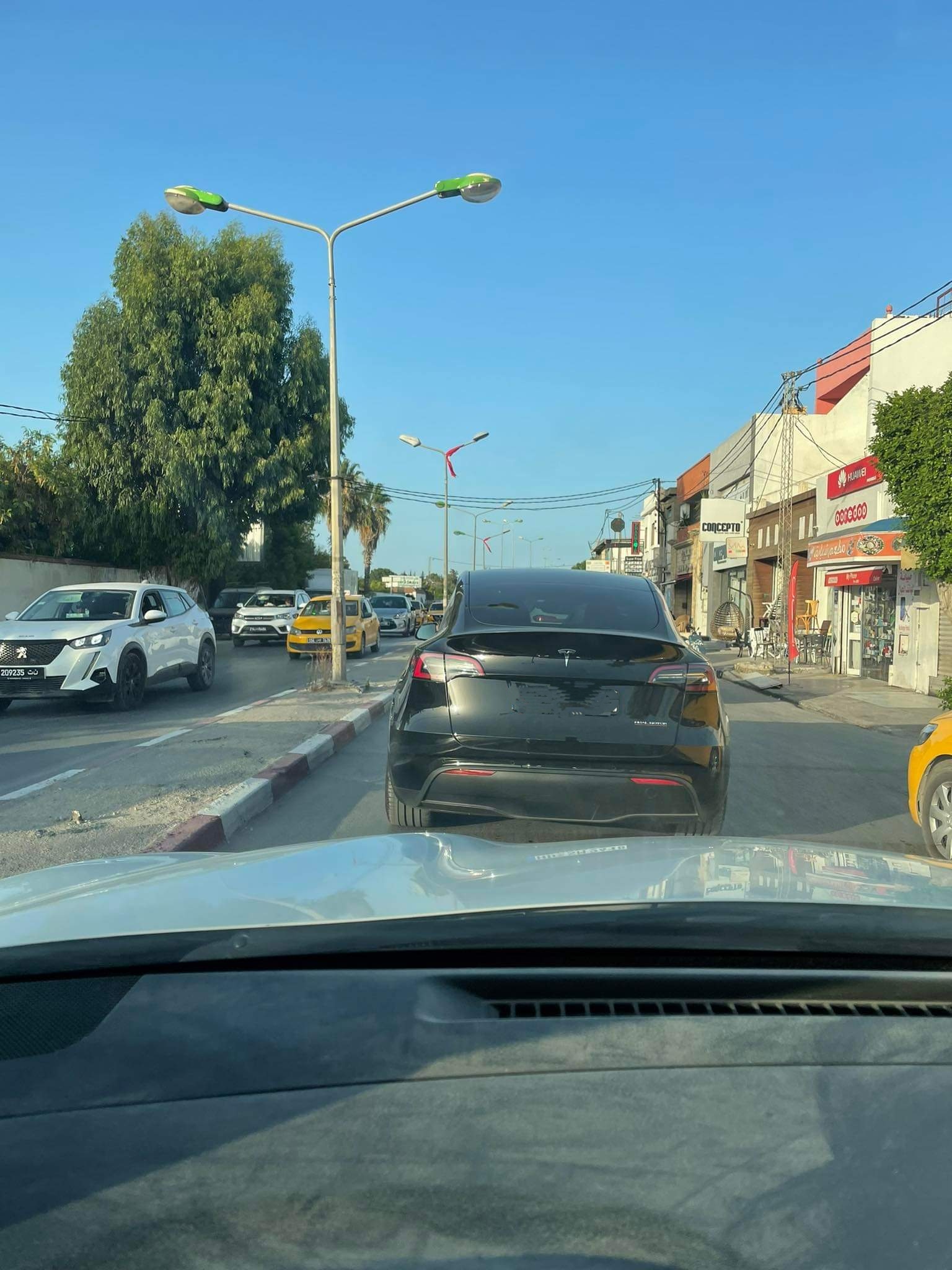 The first Tesla Model Y Performance in Africa (that we know of) has been spotted in Tunisia.

Tesla Club Tunisia shared the photos of the Model Y on Twitter adding that more owners find that there’s no range anxiety thanks to their charging points across the country.

In 2019, the Tunisian Tesla club took the initiative to bring Tesla’s Supercharging Network to Tunisia.

This was before Tesla began aggressively expanding its Supercharging network. The group funded the charge points with the single goal of making it easier for Tesla owners in and traveling through Tunisia to have access to charging.

In a Twitter message, the admin of the Tesla Club Tunisia shared how proud he is.

“I am so proud. The Tunisian tesla owners community is growing so fast, especially in Europe. The fact that a lot of charging points were installed all across the country allows them to visit Tunisia with their Tesla, which was our first goal.”

“It was to create and build a safe charging infrastructure in a country that isn’t prepared for that. This year, especially with the Tesla Gigafactory in Berlin, the first Model Y Performance to ever come to Africa is fantastic and shows how much people are confident coming here.”

“Since we began the initiative to install Tesla Wall Connectors in the country, Tunisian custom taxes over EVs dropped from 100% to 0% which is excellent! We expect to see more electric cars around but a huge part of the population is waiting for a specific company to show up here, Tesla.”

People in Tunisia and Africa love Tesla and Elon Musk

According to the Tusinian Tesla club, many people are inspired by both Tesla and Elon Musk.

“People here love Tesla and its technology, design, and batteries. They know all about them. But mostly, Elon Musk is seen as Modern Times Genius. During an event promoting a new charging stations network in Tunisia, a man said to me: ‘I am proud of living in the same era as Elon Musk.’ It was the first time he saw a Tesla in front of him, even though he knew almost everything about Elon’s different companies.”