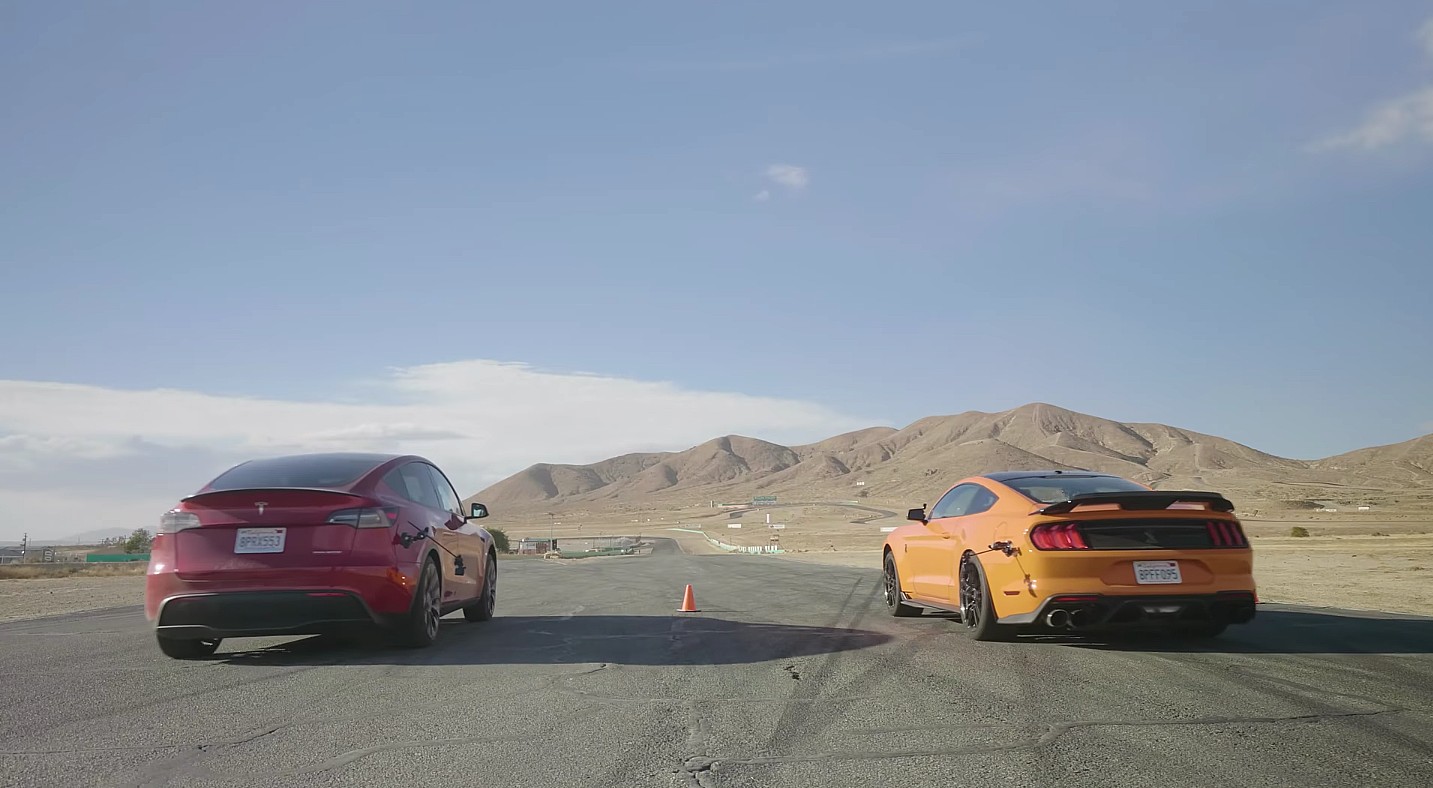 But if a recent video from Edmunds is any indication, even Tesla’s slowest Performance-branded car seems to be enough to humble a 2020 Ford Shelby GT500, a vehicle that, for all intents and purposes, should wipe the floor with the all-electric crossover. Both the Model Y and the GT500 were part of Edmunds‘ long-term fleet. And being familiar with both vehicles, Carlos Lago, one of the company’s hosts in its YouTube channel, remarked that the GT500 is notoriously tricky to launch.

This was one of the reasons behind the decision to pit the Shelby GT500 against the Model Y Performance. The GT500 should have the edge between the two, seeing as it boasts 760 horsepower generated from its supercharged 5.2-liter V8 engine. On Edmunds‘ test track, the Shelby hit the quarter-mile in 11.3 seconds at 129.9 mph, half a second faster than the Model Y. In real-world conditions, however, the story could be no more different.

While the Ford Shelby GT500 is extremely difficult to launch, the Model Y Performance’s launch could not be any easier. Just a press on the accelerator and the family-focused Performance-branded Tesla accelerates instantly from 0-60 mph in 3.5 seconds. This became evident when Edmunds ran the two vehicles through a series of five races, including a rolling race. At one point, the drivers of the GT500 and the Model Y Performance even changed cars to see if the Shelby would perform better.

It did not. The powerful 760-horsepower sports car struggled to find its footing in every race, causing it to lose soundly to the Model Y Performance every time. Even with the drivers switched, Tesla’s slowest Performance-branded vehicle remained on top of the roaring Shelby GT500.

However, for Edmunds‘ hosts, they remarked that given a choice between the two vehicles, they would choose the GT500 simply because it was the more exciting and satisfying car. Regardless of this, however, the Tesla Model Y Performance deserves much acclaim nonetheless. Few crossovers in its price range could stand toe-to-toe against a GT500, after all, and come up victorious five times in a row.

Watch the Tesla Model Y Performance battle the Ford Shelby GT500 in the video below.