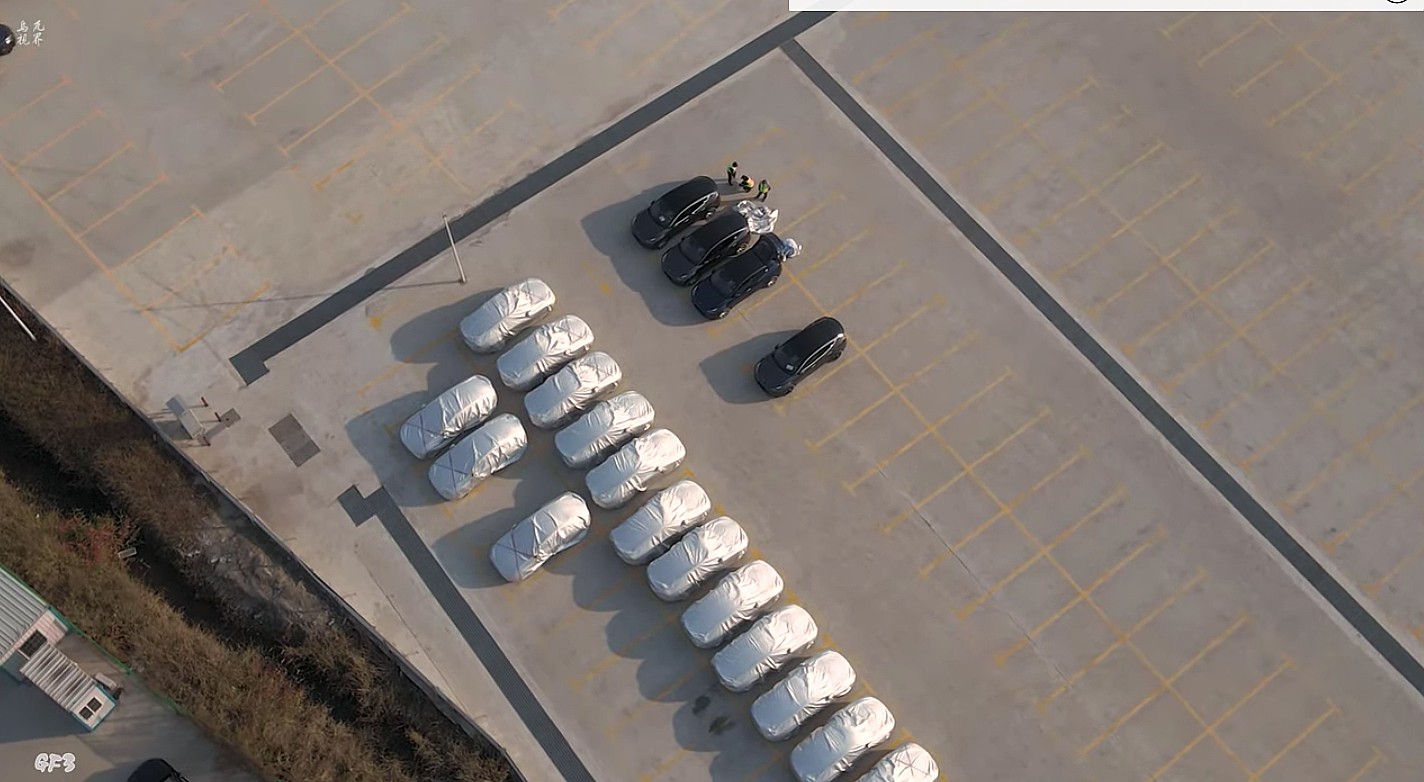 A recent flyover of the Gigafactory Shanghai complex has revealed that Tesla has begun the initial production of the Made-in-China Model Y. As could be seen in new footage of the expansive site, about 40 Model Y were parked at Giga Shanghai’s holding lot, with each vehicle being covered with protective wrap.

The video of the all-electric crossovers was recently shared online by drone operator and Tesla advocate Wu Wa, who has been following the developments in the Gigafactory Shanghai site for over two years now. In his recent video, the Tesla enthusiast noted that the Made-in-China Model Y has now entered its production stage.

The vehicles in the recent footage appeared ready for customer deliveries, as they seem more refined than the camouflaged Model Ys that have been spotted around China in recent months. Interestingly enough, the Model Ys spotted in the Giga Shanghai complex were being completely covered in protective wrap by employees.

With Model Y production now underway, Tesla definitely seems to be on track to start mass deliveries of the all-electric crossover in early 2021. This should help the company achieve its targets next year, which would likely involve Tesla aiming for higher goals than ever before. Reports have emerged suggesting that Tesla China is aiming to produce 550,000 vehicles on its own in 2021, with about 250,000 of that number being Model Y.

Similar to the Phase 1 area, where the Made-in-China Model 3 is being produced, the Model Y production facility in Giga Shanghai was built in less than a year. What’s pretty impressive is that the Model Y plant actually saw delays earlier this year due to the pandemic. Despite this, and despite its larger footprint compared to the Phase 1 area, it only took about ten months for Giga Shanghai’s Phase 2 zone to be completed.

Last year, Tesla surprised the electric vehicle community by holding the first deliveries of the Made-in-China Model 3 before the end of the fourth quarter. With Tesla now producing the Model Y, perhaps another employee delivery event may be in the works within the next couple of weeks.