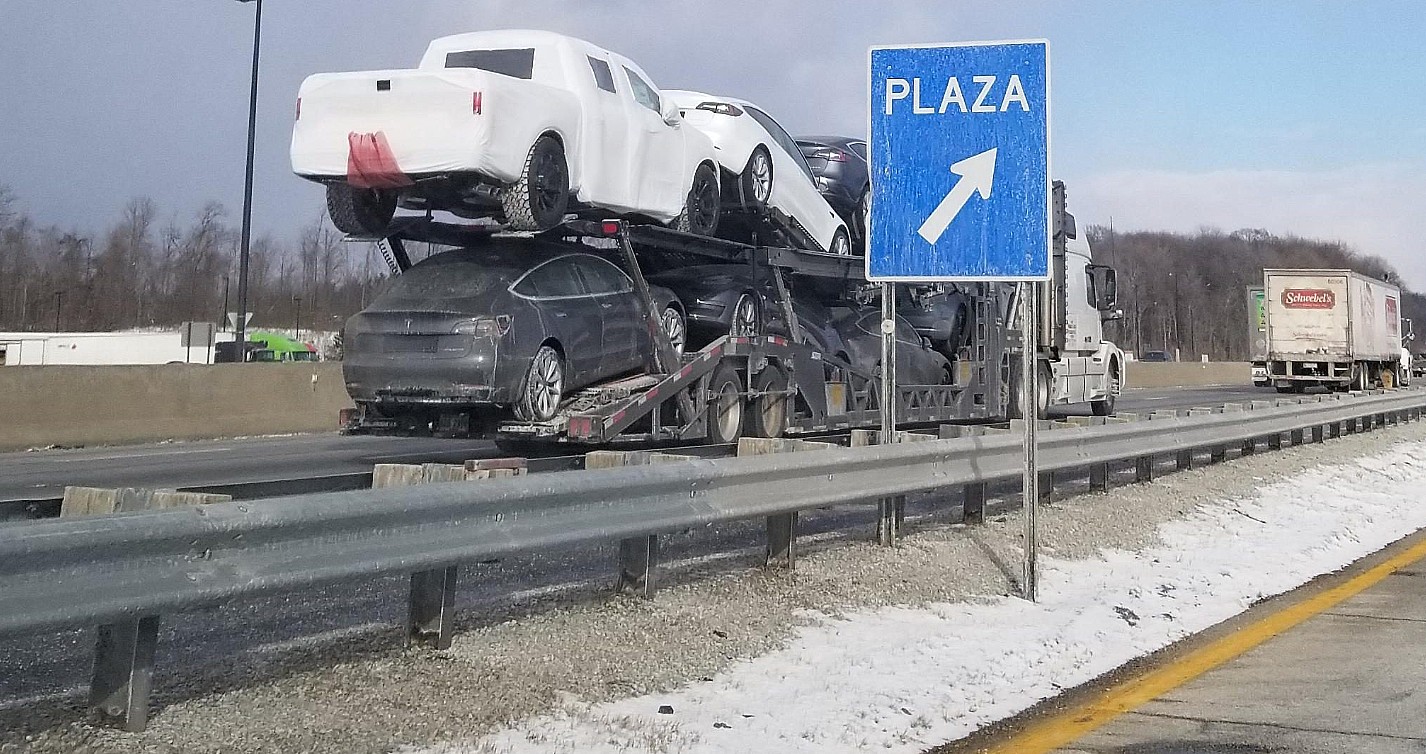 An eagle-eyed member of the Tesla community might have just snapped the first picture of a Tesla pickup truck test mule. The sighting transpired on Wednesday in Ohio, and it involved a truck car carrier full of Tesla electric cars, plus one heavily wrapped pickup truck with a Ford F-150 body.

Tesla has used the body of other vehicles for its test mules in the past. Before the company unveiled the Tesla Semi, a test mule of the electric long-hauler was spotted with what appeared to be a Cascadia truck body. A video of the vehicle even showcased the now-recognizable acceleration of the all-electric truck. Thus, it will not be too surprising if Tesla is adopting the same strategy with its pickup truck test mule, using a Ford F-150 body for the vehicle.

Also interesting is that the sighting of the camouflaged pickup truck happened in Eastern Ohio. The area is close to the Transportation Research Center Inc. (TRC), where Tesla is known to conduct vehicle testing. Back in 2017, sightings of almost a hundred Model 3 were reported at TRC’s facilities as the vehicles were undergoing tests. Could the mysterious pickup truck and its fellow Teslas be headed towards (or perhaps leaving) the testing facility? Such a scenario is not implausible.

Together with the mysterious pickup were several Teslas that were covered in road dust, grime, and salt. A Model 3 at the rear of the car carrier even had a long rectangular license plate, suggesting that it was a vehicle designated for Europe (credit to r/TeslaMotors subreddit member u/streff for the photo of the vehicle).

Elon Musk has stated that the Tesla Pickup Truck will be unveiled sometime later this year. The Tesla CEO has also mentioned that the vehicle will be very futuristic to the point where it will not look out of place on the set of the Blade Runner franchise. Musk has also teased some of the vehicle’s features, including a range of 400-500 miles per charge, dual motor AWD, and a 240-volt connection for heavy-duty tools, and up to 300,000 pounds of towing capacity.

Let us know what you think in the comments below.