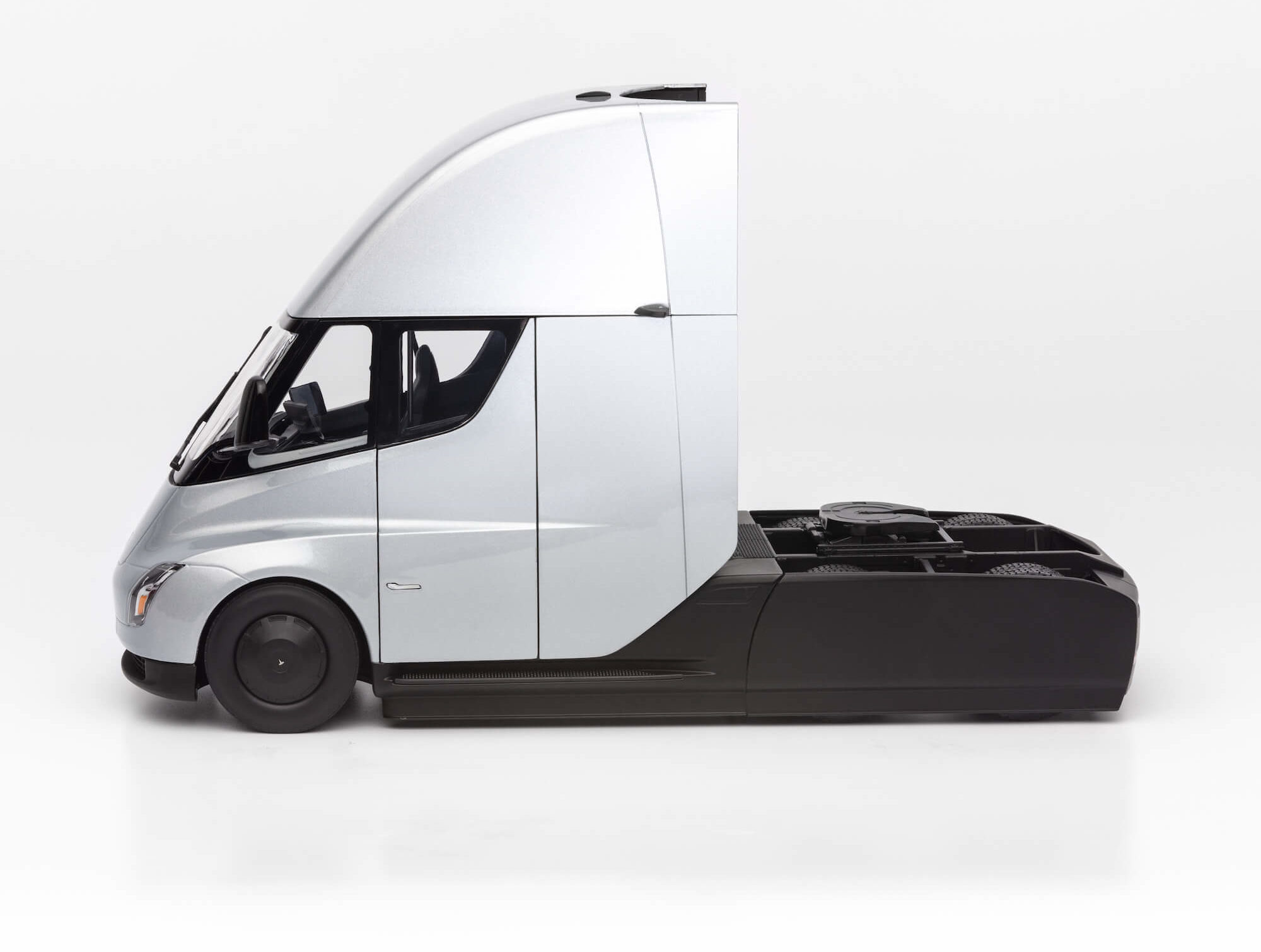 Tesla has bolstered its collection of diecast scale models with the the all-electric Semi truck.

According to Tesla’s description for the Semi model in 1:24 scale, the same 3D CAD data used for the full-size truck was used to design and manufacture its miniature tribute under meticulous oversight by Tesla’s Design Team in California. The miniature scale model in pearlescent silver has a size of 292 mm long x 124 mm wide x 172 mm high and weights a solid 3.3 lbs.

The ‘real’ Tesla Semi is a quad motor truck that has a powertrain derived from 3. Since its reveal in November 2017, the all-electric big rig has been well-received by major companies that have focused on minimizing the environmental impact of their supply chain. PepsiCo, FedEx, and UPS, to name a few, have placed reservations for a combined 2,000 Tesla Semi trucks according to CEO Elon Musk and CTO JB Straubel in the company’s Q1 2018 earnings call.

The Tesla Semi is expected to revolutionize the trucking industry with cheaper ‘fuel’ costs, higher performance, and improved safety. Tesla’s Semi truck boasts a 500-mile range, 0-60 mph time of 5 seconds and can support 80,000 lbs of cargo hauling capacity, according to the company.

Production of the Tesla Semi is expected to begin sometime this year. If Tesla has taken serious heed of its Model 3 manufacturing lessons, that schedule may just be more reliable than what customers have been accustomed to over the years. For now, admiration of the truck in-person is already available in bite-size form.