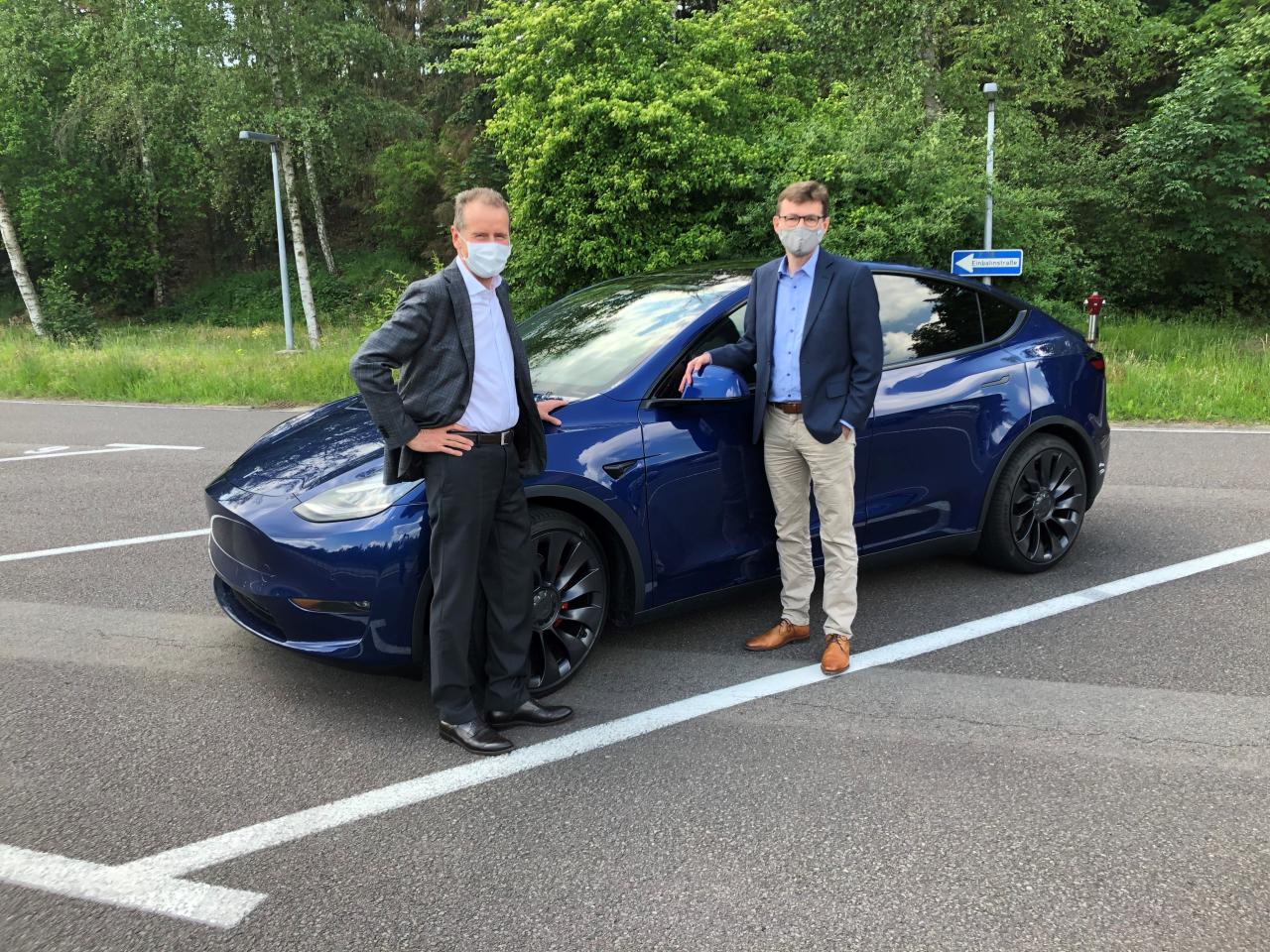 Volkswagen Group Chairman of the Board of Management Herbert Diess seems to be on a social media roll recently, following up on his post about Elon Musk’s visit with some new details about the Tesla CEO’s test drive session of the ID.3. Apart from this, Diess also revealed that he was able to test drive a Model Y recently, and based on his statements about the all-electric crossover, it appears that he was impressed by Tesla’s latest creation.

As noted by Diess, he and his colleague, Frank Welsch, were able to take a ride in the Model Y. The Volkswagen Group executive described the all-electric crossover as a “reference” for automakers such as VW, at least in terms of the vehicle’s user experience, driving features, performance, and range, to name a few. Diess also praised the Model Y for being a vehicle that is built from the ground up as an electric car — something that the VW executive feels is lacking in other veteran carmakers that are also releasing EVs.

“Of course I also tested a Tesla Model Y – with my colleague Frank Welsch. This car is for us in many aspects (not in all!) a reference: user experience, updatability, driving features, performance of the top of the range models, charging network, range. Big advantage: Model Y was/is thought through as an electric car – as is the ID.3. Many of our competitors still using their ICE platforms. The result: They aren’t getting the best EVs,” Diess wrote.

Overall, the Volkswagen Group executive deserves a large amount of credit for validating the advantages of Tesla and its vehicles in the electric vehicle segment. Despite seemingly throwing shade at competitors like Daimler — whose EVs like the Mercedes-Benz EQC are still built on existing ICE platforms — Diess definitely emphasized his support for the electric car movement in his Model Y post. It takes a true EV supporter, after all, to openly admit to a competitor’s advantage.

Apart from sharing his thoughts about the Model Y, Diess also posted a selfie featuring himself, Tesla CEO Elon Musk, and the Volkswagen ID.3. In his post, the Volkswagen executive debunked rumors that Tesla and VW were working on a collaboration. These rumors emerged primarily due to Elon Musk’s test drive of the ID.3, as well as the notable camaraderie between Diess and the Tesla CEO.

In his post, the VW executive stated that Musk’s visit only involved a chat and a test drive, nothing more. “Just to be clear: We just drove the ID.3 and had a chat – there is no deal/cooperation in the making,” Diess wrote.

Elon Musk and Herbert Diess are arguably some of the most vocal supporters of all-electric vehicles today. Both executives have defended each other against critics in the past, with Musk stating that Diess was doing more than his peers in the shift to sustainability, and the Volkswagen Group exec telling reporters that Tesla is no longer a niche carmaker but a legitimate manufacturer of mass-market cars like the Model 3.