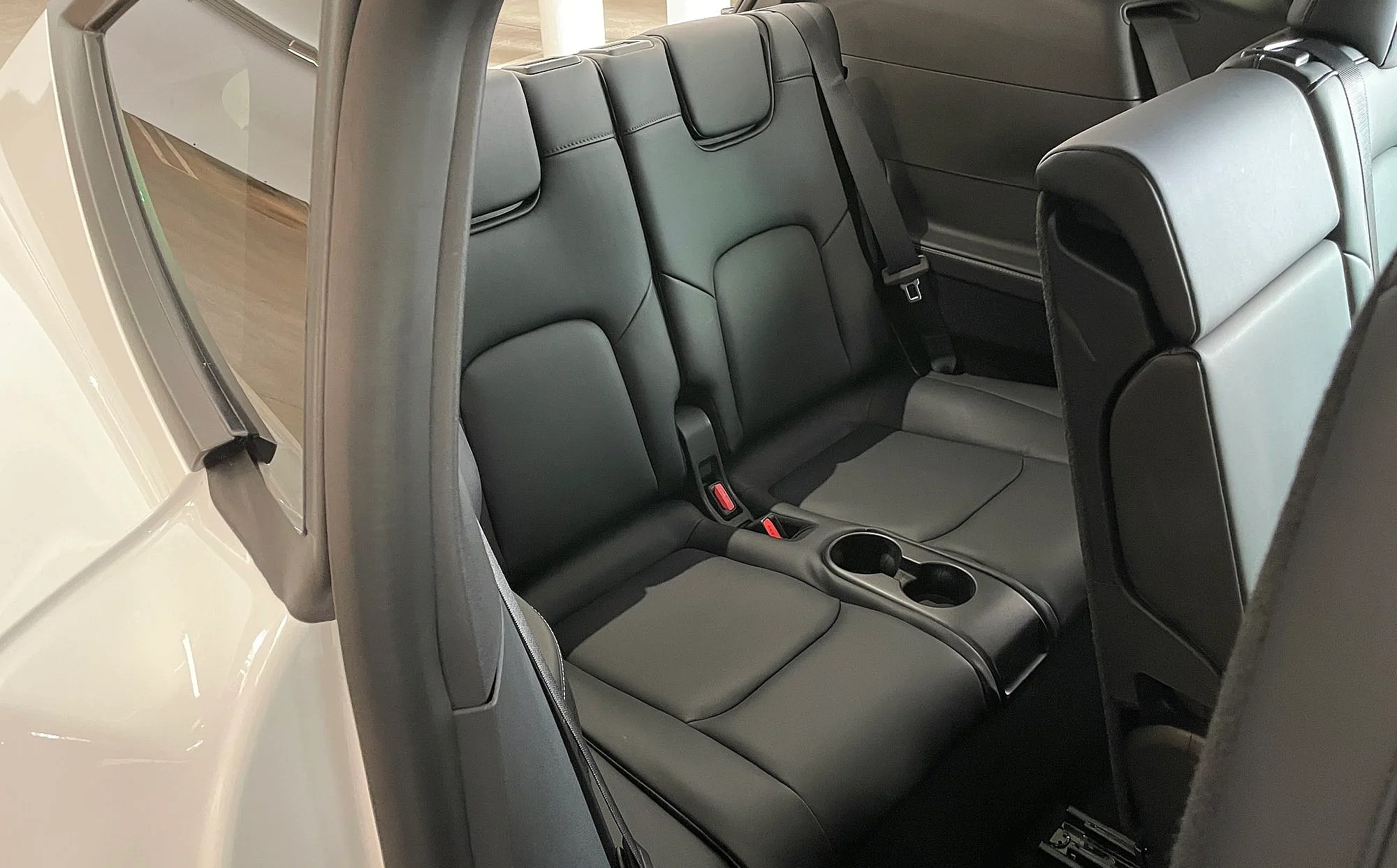 The seven-seat Tesla Model Y has been released, and while sightings of the vehicle in the wild are yet to be reported, it appears that the electric car maker has started displaying the option in some of its stores. Fortunately, some EV owners have taken it upon themselves to share their first impressions of the Model Y’s third-row seats after seeing it in person.

The TMC member, who is about 5”7, noted that his head was nearly touching the glass roof of the Model Y’s third-row seats when he tried them out. This all but confirms speculations that the Model Y’s seven-seat option would be most useful for families with small children. That being said, the TMC member also observed that the third-row seats of the Model Y do not have any LATCH attachments, which means that children who still require child seats are best seated on the second row instead.

Legroom-wise, the third-row seats of the Model Y are pretty cramped, though they get more spacious when the second-row seats are pushed forward. Unfortunately, this results in the Model Y’s second-row passengers losing a significant amount of legroom. Overall, the all-electric crossover, much like other seven-seaters in the market, has the capability to transport seven people, but this does not mean to say that everyone would be very comfortable space-wise. Such a feat would be better suited for the more premium Model X.

The EV advocate added that the third-row seats of the Model Y do not have climate control vents. Climate control for the third row is possible through the first and second-row vents. With this in mind, it would be best for Model Y owners who are driving with seven passengers to ensure that their vehicle is pre-heated or cooled before a trip. The company also advises drivers to turn off the vehicle’s recirculate air option when transporting seven passengers, improving airflow to the third row.

The TMC member’s full insights on the Model Y’s third row seats could be accessed here.