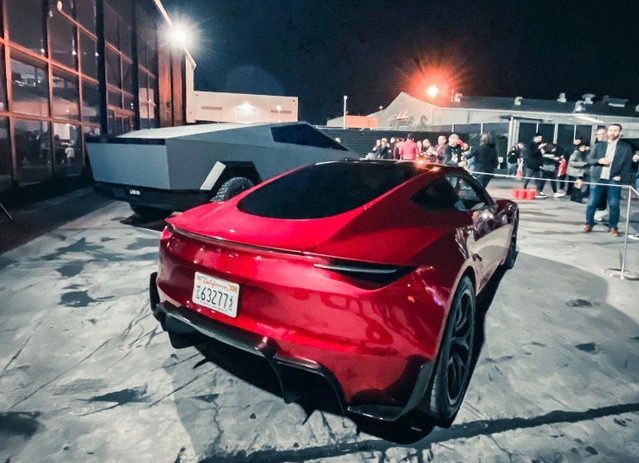 Fast Company cited Tesla “for proving it’s a mass-market automaker by delivering more than 350,000 cars in 2019. Tesla proved it can compete with Big Auto when it delivered 367,500 vehicles to customers last year—more than double the number of cars it sold in the previous two years. It also opened a new factory in China, and began delivering cars to the world’s largest EV market.”

The publication highlights the achievements and promising ideas of the biggest and lesser-known industry players, but more importantly, puts the spotlight on how Elon Musk’s car company has been reshaping itself as an industry leader and how it continues to transform the the car industry as a whole.

Scaling up production of its vehicles, focused at the moment on the Model 3 electric sedan and now the Model Y electric crossover is an integral step to achieving Tesla’s mission of fostering a wider adoption of electric vehicles. For 2020, Tesla is aiming to deliver 500,000 vehicles.

While these numbers may sound ambitious to the company’s naysayers, it is a realistic goal with the carmaker eyeing production of 500K units per year in its Fremont factory once upgrades are completed mid-year. Giga Shanghai, according to a recent record of meetings between investors and experts, is expected to hit 170,000 vehicles this year, with an aim to produce 5,000 vehicles per week putting the facility all the way up to to almost 250,000 units annually.

Aside from its connected cars, it also continues to invest in improving its car battery technologies. Industry leaders and major players are awaiting what Tesla and Elon Musk would announce during its Battery Day in April. It could be about mass production of cheaper batteries or perhaps enhanced batteries for its existing and future vehicles, and while these could spell doomsday for other legacy automakers it opens the possibility of Tesla helping everyone as a supplier of reliable electric vehicle batteries in the future. If that happens, it would be a win-win situation for carmakers and the environment as this would make green cars from different brands more attractive to consumers. Tesla’s innovation is effectively innovation for the car industry as a whole.

Ramping production has indeed turned Tesla into a mass vehicle producer, but more importantly, it brings it a step closer to helping the world achieve a more sustainable future through its products.

“When I think what we have in front of us, the next couple of years, we’ve got Model Y, we’ve got Giga Berlin, Tesla Semi, Solarglass Roof, Cybertruck some very exciting improvements in battery technology,” Elon Musk said during its Q4 2019 earnings call. “It’s hard to think of another company that has more exciting product and technology roadmap. So super-fired up about where Tesla will be in the next 10 years.”

Fast Company’s list of The World’s Most Innovative Companies looked into groundbreaking businesses in 44 sectors across different regions of the globe. The nominated companies were assessed by the publication’s editors and writers based on their innovation and impact, with focus on their accomplishments in the past year.