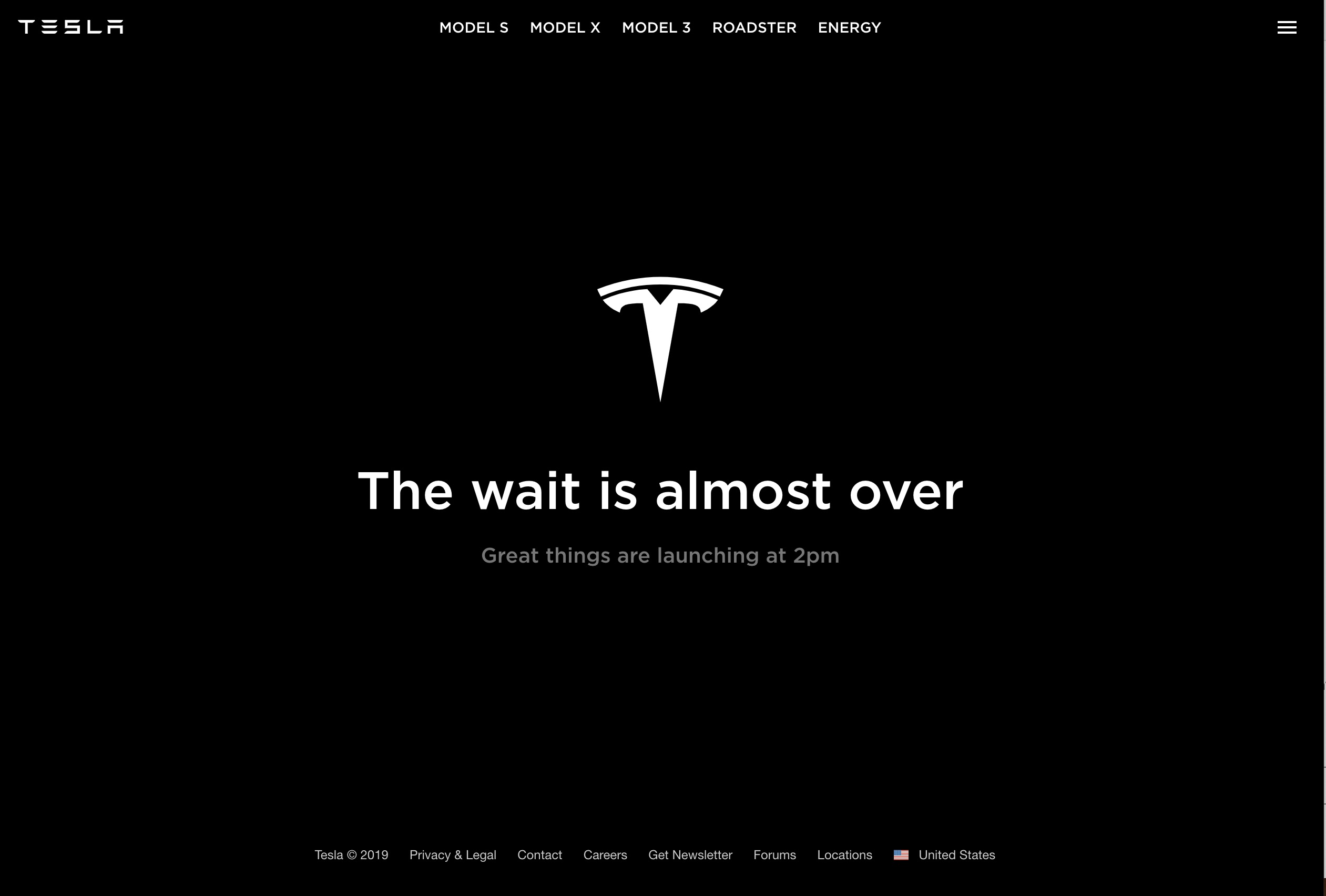 Tesla redirected its online ordering page for Model S, Model X, and Model 3 to a temporary landing page Thursday afternoon ahead of the highly-anticipated announcement by CEO Elon Musk.

All would-be buyers of Tesla’s all-electric vehicles are taken to www.tesla.com/soon and a page that simply reads, “The wait is almost over. Great things are launching at 2pm.”

2pm Pacific is, of course, part of Musk’s original cryptic message which he tweeted two days ago.

However, keen-eyed observers of Tesla’s new landing page will point out that “great things” (plural) will be revealed. We wouldn’t put it past the always showman Elon Musk to have a “but wait, there’s more” moment in his reveals.

Aside from speculations that Tesla will reveal the next mass-market vehicle in its fleet, a number of owners and enthusiasts within the Tesla community had their hopes set on hearing details for a faster-charging, high-powered, Supercharger Version 3.

Additionally, notable Wall St. analyst Adam Jonas of Morgan Stanley took a guess at what the 2pm announcement could reveal, noting that it could be anything from a convertible bond repayment to the rumored Model Y.

“The all-new midsized crossover/SUV is Tesla’s chance to take the learnings from the Model S, X, and 3 in design and manufacturing to offer a product in a far larger and faster growing global segment,” said Jonas in a note to clients. Though Jonas warns that downside risk is prevalent with the announcement of a new vehicle, which could essentially cannibalize Model 3 interest. “The key downside to providing too much information about the Model Y and its enhanced capabilities in software and hardware is that it could steal the thunder of the still-ramping Model 3 just as it’s getting introduced into key international markets.”

Only an hour until the upcoming reveal and all guesses are up for speculation. Vote on our poll and leave a comment on why or why not something will be announced!