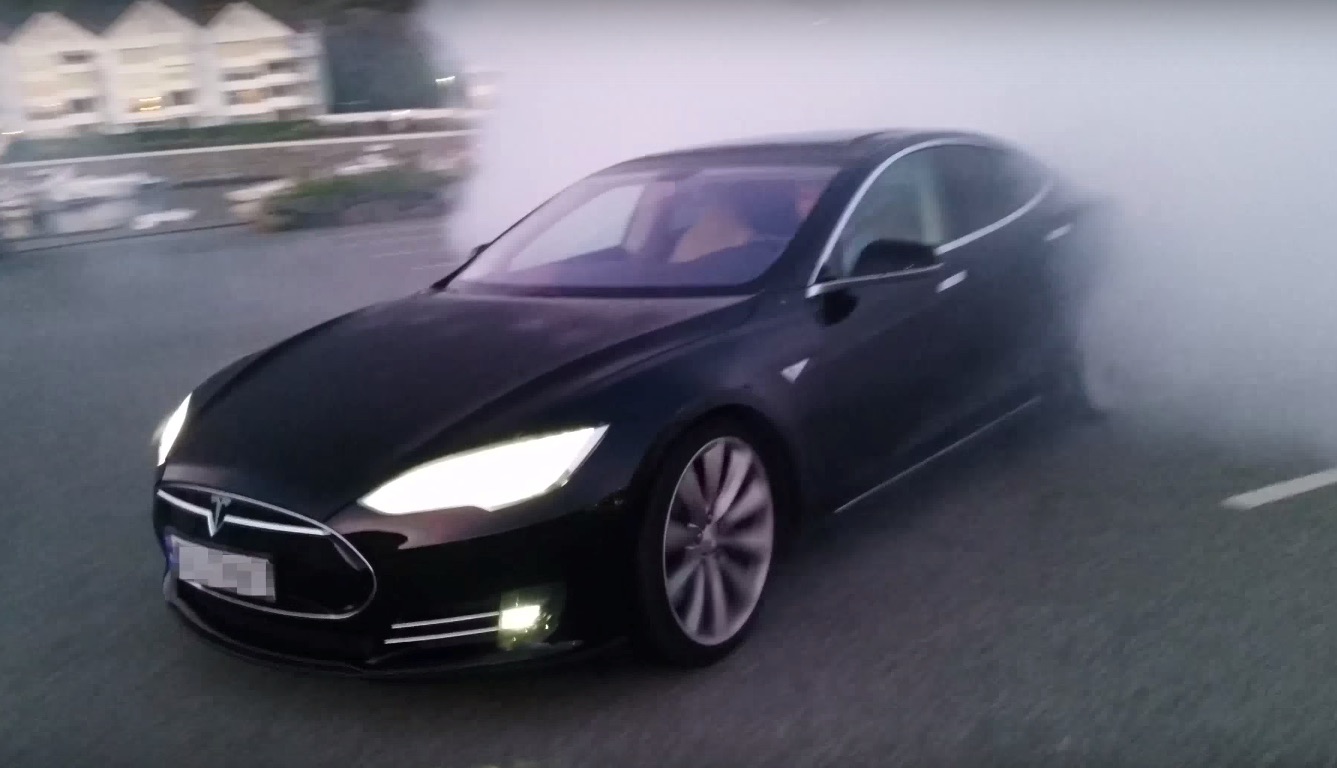 Elon Musk has quite the touch with the luxury car market and is ruthless when he sees a competitive advantage in the auto industry. Tesla released the luxury Model S P85D last year and announced this summer a new option with the P85D sedan, an extra 5kWh more range on the battery pack and the “Ludicrous” driving mode option.

Essentially, the Model S 90D provides more driving purity for car enthusiasts on an everyday basis and handling you can only get with a $250,000 track car, such as a Ferrari or even BMW i8’s road car.

Recently, Teslarati was able to interview Pete 90D (as he’s known on the Tesla Motors Club discussion board) about his new Model S P90D purchase. Of course, the first thing I wanted to know about was the 0 to 60mph experience in Ludicrous mode.

According to Pete 90D, the car has achieved 0-60 mph in 2.810 seconds using a rollout, but from a standstill it’s been as high as 3.236 seconds when tested on a street with a 1.689 degree slope. Pete claims that the car was able to reach 1.2 Gs during acceleration.

“Ludicrous (mode) is wild. 0 to 30 mph is still about the same as the P85D, but (going from) 30 to 60 mph is really intense,” says Pete 90D. The 90D has three driving modes: Sport, Ludicrous and Ludicrous + Max battery power. According to the new owner, the slower Sport mode has not been used yet and hasn’t experienced any difference in terms of speed when engaging the max battery power option.

“I always loved the high-end cars with crazy top speeds, but I haven’t owned anything that could compare to this P90D,” says Pete 90D. “I’ve driven a lot things with motors, from old rusted trucks, to turbo BMWs, to dump trucks and tractors, to luxury cars, but the closest to the P90D was the turbo BMW 325i.”

Pete was also looking for a high-end car that could handle really well. “I’m really sensitive to how a car feels on the road, but I didn’t necessarily want a track car as a daily driver,” says Pete. The D-models come with staggered, 21-in wheels and Michelin PS2 tires, 265/35/ZR21101y tires in the back and 245 in the front.

“The staggered wheels have made a difference in cornering”, says Pete.

Pete 90D was ready to order the P85D, all-wheel drive electric vehicle until the 90D was announced. “Driving the P85D really got me back into cars. The acceleration was nuts and I finally placed my order for a P85D,” says Pete. “Tesla had not yet announced the P90D, but the morning they did, I immediately called my driver specialist to find out if I could upgrade.”

The extra 5kWh of extra capacity was a big factor in choosing the 90D. “I love the low center of gravity of cornering and the constant power of the P85D, but having more power above 30 mph really motivated me, says Pete. Highway speeds and passing is also better with the 90D, according to Pete. Pete does caution on having your head fully resting on the cushion when experimenting with 0 to 60 acceleration and at higher speeds, too.  “I have had some neck pain that became headaches simply from repeatedly accelerating without my head back (on the cushion),” says Pete.

His 90D battery pack provides 273 rated miles at 100 percent state of charge (SoC) and 245 at 90 percent. On a recent long-distance drive, he recorded battery performance:

I was able to drive 207.9 mi using 223.05 rated miles. Driving 200 miles from 90 to 10 percent SOC and the with TACC set to 65 and range mode off. I’ve heard the first few thousand miles the efficiency is worse so I’m going to do the drive again with range mode on and then another with it off after I’ve put on a few thousand miles.

Life is good with his lightning-fast, daily drives to town center and beyond. “I view the PxxD cars as an experience and, so far, it has been well worth it, I love my P90D”, says Pete.