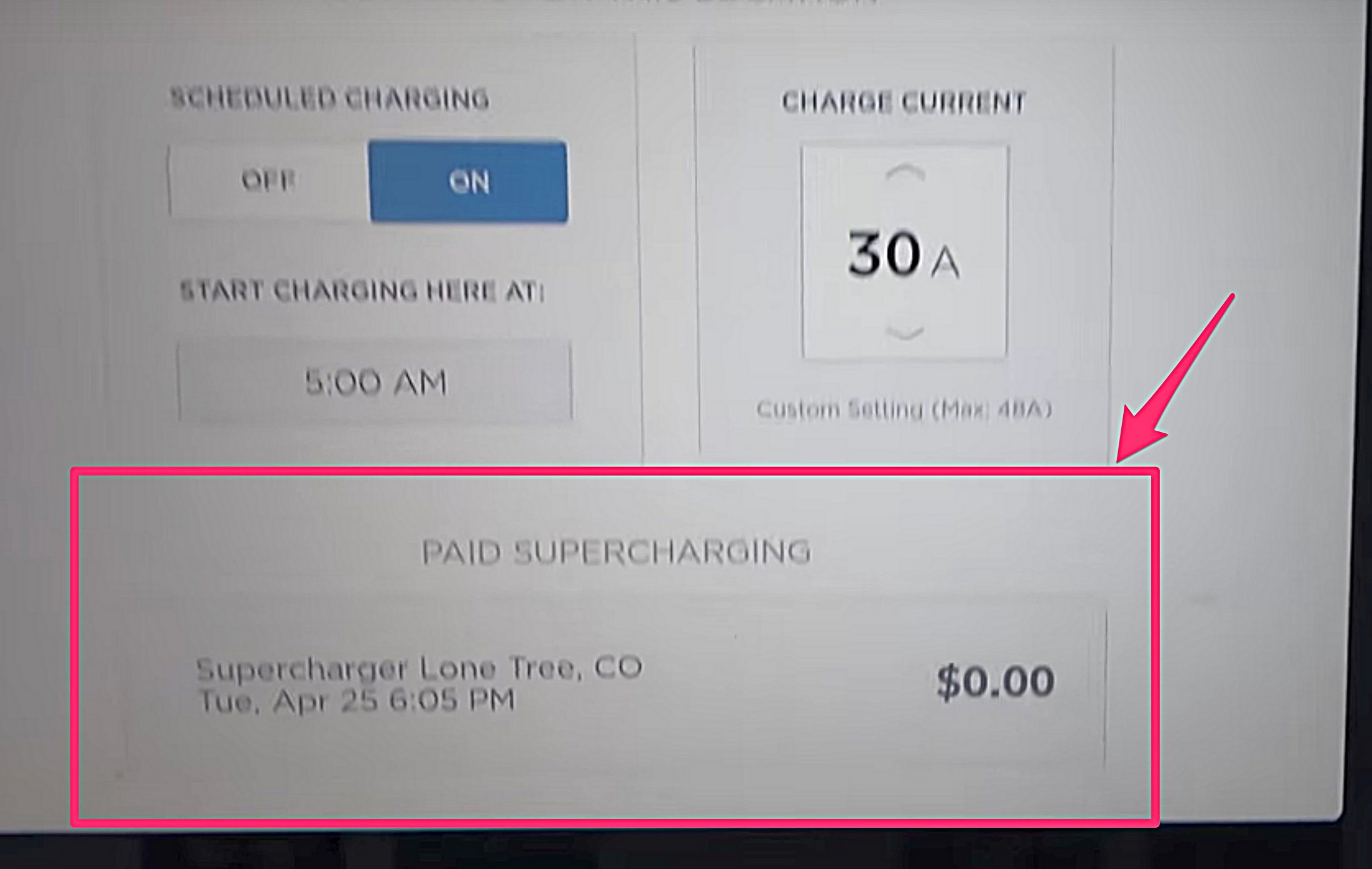 Tesla announced last year that it would be discontinuing its free Supercharging for life model in favor of a paid program for Model S and Model X owners that purchased after January 15, 2017. Owners are given 400 kWh of free Supercharger use per year, or approximately 1000 miles (1609 km) of travel, after which a specific rate for each region is charged by kWh, by minute or by session depending on local regulations. While the concept makes sense and seen as a great way to prevent Supercharger abuse, there’s been little discussion within the community on how it actually works. Until now.

Tesla YouTuber DÆrik documented the process by which paid Supercharging operates. Plugging into the Lone Tree-Park Meadows Supercharger in Colorado, DÆrik notes in his video that the experience appears to be very normal, but with one small change: the in-car charging screen includes a new section towards the bottom titled “Paid Supercharging”.

This portion of the charging screen is, by default, greyed out until one plugs into the actual Supercharger. Flipping over to the MyTesla page, DÆrik confirmed that the page was still showing 400 kWh of energy remaining despite having charged his Model S 100D earlier. However, a quick check later in the evening revealed that Tesla had updated the amount of Supercharger credits to 390 kWh.

Supercharging was rolled out by Tesla with the notion that it would always be free for life. However, Tesla quickly realized that free charging quickly fell victim to the tragedy of the commons, with local Tesla drivers stopping off to charge while picking up lunch, grabbing a coffee or catching a movie. This behavior quickly bogged down Superchargers and rendered them ineffective for drivers attempting to use the charging stations for long distance travel.

To solve this, Tesla enacted idle fees that bill drivers a surcharge when leaving their Model S or Model X plugged in for more than 5 minutes after charging. Tesla took it a step further and limited the amount of free charging it would provide to drivers by setting a cap of 400 kWh of free energy use per year