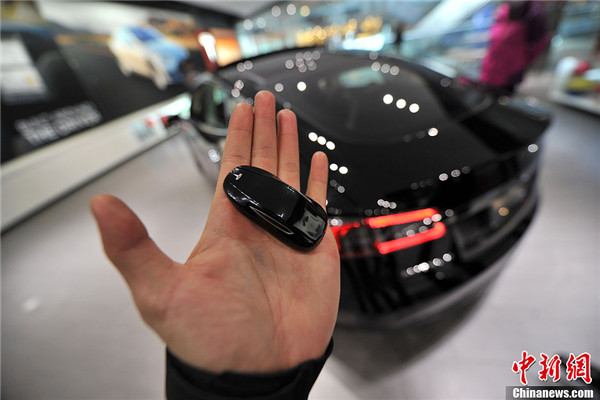 Diarmuid O’Connell, vice president of corporate and business development of Tesla Motors announced that the electric car maker has plans to build a charging network in China. Amidst rising competition from other car makers also looking to enter the overseas electric vehicle space, this recent announcement  by O’Connell is seen as a strategic play that would allow Tesla Motors to further secure its position as the leading electric vehicle provider for China.

“I completely respect the desire of the national, provincial and city governments to support local manufacturers and to get a domestic industry going and if that’s in EVs then all the better,” said Mr. O’Connell.

The Tesla supercharger network has scaled considerably across the U.S. and Europe in the last year, allowing Model S owners to drive worry-free and at no charge between major cities. The expansion of the supercharger network in China would provide similar benefits and allow Tesla owners to travel between Beijing and Shanghai, gas free.

No timeline was given for this ambitious project, but given the aggressive marketing and sales efforts that’s currently taking place in Hong Kong, Shanghai and Beijing, there’s no doubt that infrastructure planning is well underway.

Pre-orders of the Model S are being taken on its Chinese site.  According to Jerome Guillen, Tesla’s vice president of worldwide sales and service, the electric-car company will start delivery of its Model S in China towards the end of Q1.