Tesla has launched a portable battery, dubbed “Powerbank”, and a Desktop Supercharger just in time for the busy holiday shopping season. The new accessories have been added to the company’s online store and aimed at providing mobile device users with a little extra juice.

At the core of Tesla’s Powerbank is a single 18650 lithium ion battery cell that’s arguably become best known as the foundation for the Model S and Model X battery pack. Tesla’s flagship consumer cars leverage thousands of 18650 cells that are packed into individual modules to ultimately give its vehicles the long-range and performance capabilities they’re best known for. But instead of having 100 kWh of battery capacity, enough energy to move a vehicle weighing over two-tons more than 300 miles (482 km), the Powerbank has enough energy to power your standard iOS or Android mobile device with its 3350 mAh capacity.

The $45 Powerbank is designed and inspired after Tesla’s supercharger monument at the Tesla Design Studio. 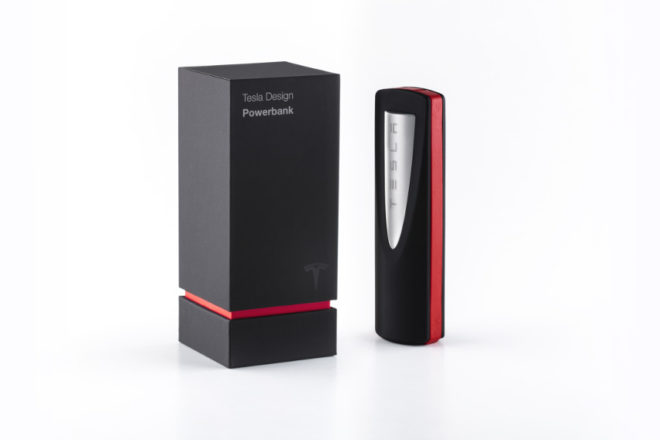 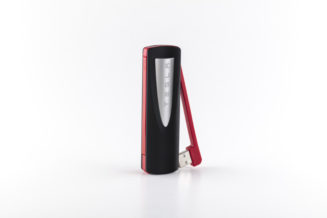 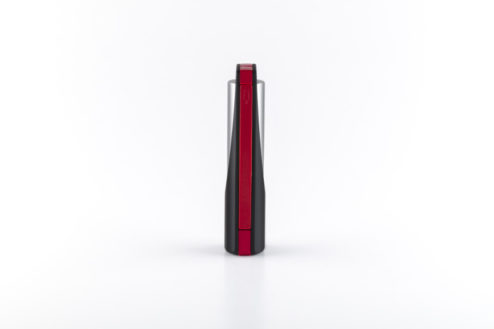 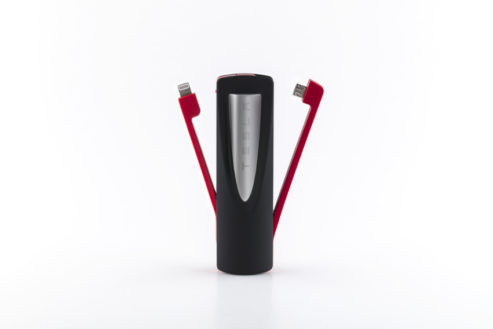 In addition to the portable battery, Tesla also added a Desktop Supercharger to its storefront which in essence is a miniature Supercharger for your mobile device. Tesla notes that the accessory was modeled off of the same 3D CAD data used to manufacture the actual Supercharger.

Though this isn’t a life-sized unit, as we recently saw when one Tesla owner decided to build a Supercharger for their garage, it’s nonetheless fun to have a working miniature version of it sitting on ones desktop.

DIYers, of course, can also 3D-print their own Supercharger. 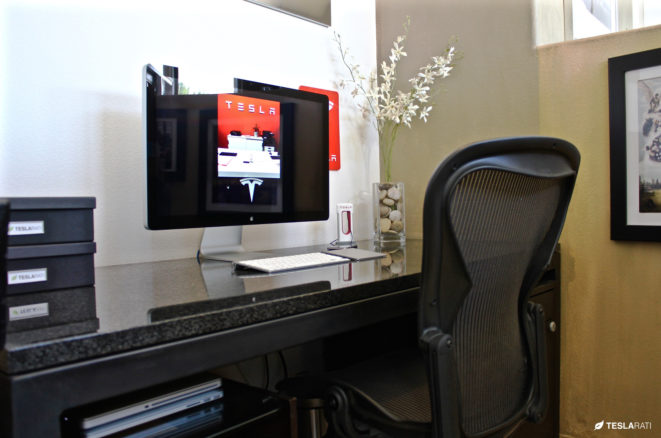 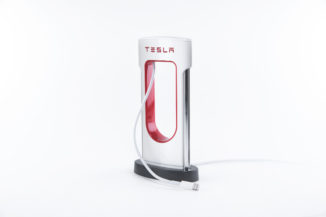 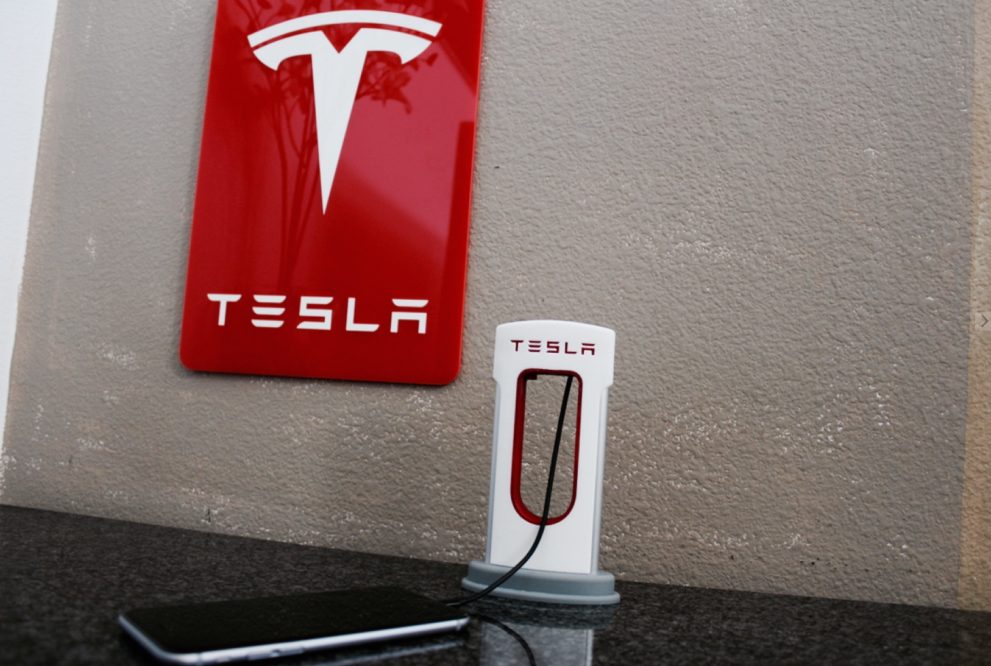