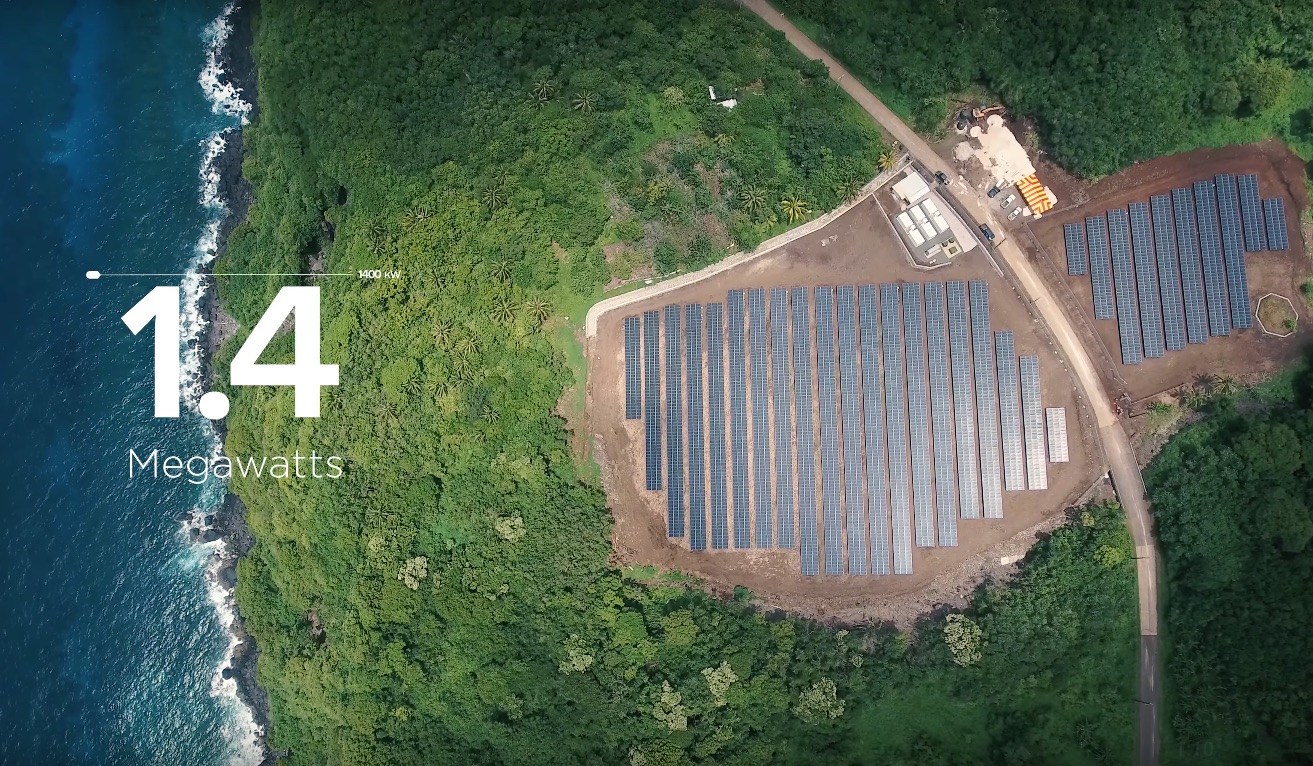 The island of Ta’u in American Samoa, which has acquired power largely through diesel generators, is now nearing a year-long completion of a microgrid of Tesla Energy solar panels and batteries. The result will be a supply of nearly 100 percent of power needs for Ta’u’s 600 residents and a showcase for the recent Tesla-SolarCity merger.

Many island communities rely on diesel to maintain an electrical grid. But diesel is a fossil fuel that contributes to climate change, is costly to ship, and can lead to frequent temporary blackouts. The whole island has been outfitted with a microgrid comprised of 5,328 solar panels from SolarCity and Tesla, along with 60 Tesla Powerpack units for energy storage. The system will allow the island to stay fully powered for three full days without sunlight, and its capacity will recharge fully in seven hours. 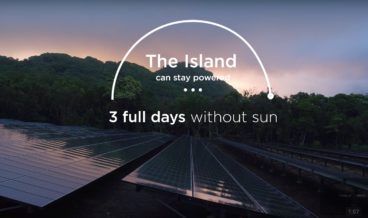 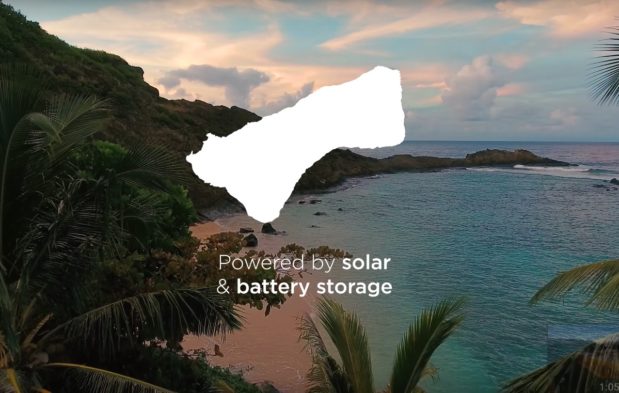 The project falls under the SolarCity subsidiary; Tesla completed its $2.6 billion acquisition of SolarCity last Friday. Even in light of harsh criticism from financial and technology industry insiders, Tesla CEO Elon Musk has consistently described the acquisition as “blindingly obvious” — a necessary step in his so-called “Master Plan” to integrate clean energy generation and storage.

The benefits of the Ta’u microgrid, as revealed on a SolarCity blog post, may be life changing for its residents. The local hospital, high school, and elementary schools, fire and police stations, and local businesses may no longer need to worry about outages or rationing. But the biggest advantage is cost: Tau’s microgrid with more affordable solar energy will optimize system performance and maximize savings. The project was funded by American Samoan and U.S. authorities, including the Department of Interior.

“This project will help lessen the carbon footprint of the world,” local resident Keith Ahsoon said. “Living on an island, you experience global warming firsthand. Beach erosions and other noticeable changes are a part of life here. It’s a serious problem, and this project will hopefully set a good example for everyone else to follow.”