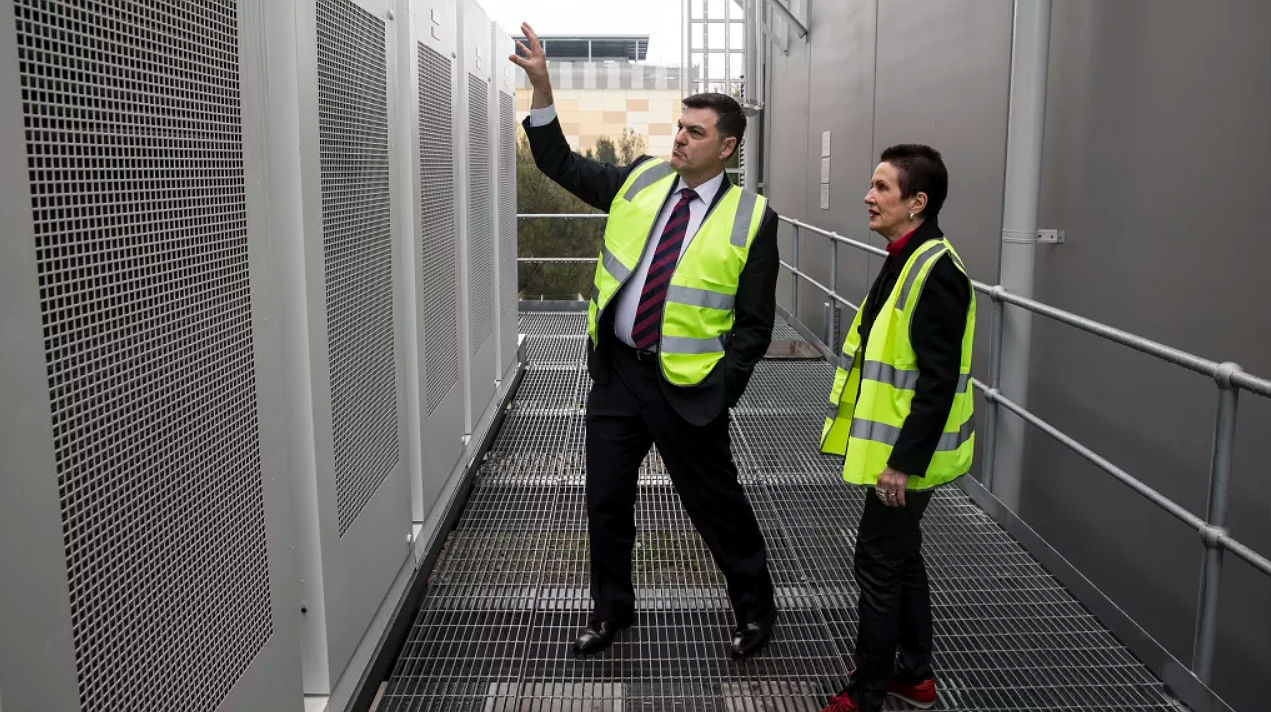 The Alexandra Canal transport depot system is part of Sydney’s ongoing initiative to power half the city with renewable energy. In a statement to The Sydney Morning Herald, the Lord mayor stated that there are other, similar projects in the pipeline.

“We’re working towards a target of 50% of all electricity in the City of Sydney area to come from renewables by 2030. To help us achieve that target, we’re covering the roofs of our properties with as many solar panels as possible. By mid-2021, we expect to have more than 7800 solar panels on the roofs of our properties (approximately 1.5 MWh of battery storage across the city’s buildings). As the mix of storage and generation on our electricity grid changes, solar solutions like this could provide reliability and resilience to our electricity network and potentially prevent blackouts,” she said.

As an added note, Lord Mayor Moore stated that with the system in place, the Alexandra Canal transport depot could be classified as a carbon-neutral facility, saving roughly ~600 tonnes in carbon dioxide emissions per year.

Just like the immensely successful Tesla Powerpack farm near Jamestown in South Australia, the Alexandra Canal system will be tasked to provide backup power to the depot as necessary, allowing the facility to reduce its demand on the grid during peak times. The usage of the solar panels and Powerpack batteries are set to be remotely managed in real-time by TransGrid, a local electricity transmission group which awarded the Alexandra Canal transport depot contract to the Elon Musk-led company last year. In a statement to the publication, TransGrid chief executive Paul Italiano stated that large-scale batteries such as Tesla’s Powerpacks would be playing a more prominent role in Sydney’s energy network in the years to come.

“This initiative with the City of Sydney will afford the depot a significant amount of energy self-sufficiency while also sharing benefits with the wider community through the electricity network,” he said.

While Tesla’s energy business recently saw the closure of 12 solar facilities across the United States as part of the company’s ongoing workforce restructuring, the company’s energy projects continue to gain ground abroad. As noted by Elon Musk, Tesla Energy has approximately 11,000 ongoing projects in Puerto Rico, where the company continues to help the island nation get back on their feet after getting ravaged by Hurricane Maria last year. Tesla was also involved in providing stable electricity for the first time in a remote area in the Philippines.

Tesla’s Powerpacks are starting to become the battery storage solution of choice for high-profile businesses across the globe as well. Earlier this year, Manchester Science Partnerships (MSP), one of the UK’s most prominent science and technology park operators, opted to install Powerpacks on its headquarters. In the Middle East, Bee’ah CEO Khaled Al Huraimel noted that their upcoming, futuristic, headquarters in Sharjah would also be using Tesla Powerpack batteries, together with a fleet of 50 Tesla Semis for their everyday operations.

After the successful rollout of the 129 MWh Powerpack farm in South Australia, Victoria, another state in the country, has also pursued a contract with the Elon Musk-led company to install a 20 MWh Powerpack system. A massive 650 MWh virtual power plant for South Australia, comprised of solar panels and Tesla Powerwall 2 batteries installed in 50,000 homes, has also begun the first phase of its rollout.

Earlier this month, Tesla CTO JB Straubel noted that the company has been able to deploy 1 GWh worth of energy projects to date. During the 2018 Annual Shareholder Meeting, CEO Elon Musk stated that Tesla would “do another Gigawatt project” within the next 12 months, with the rate of stationary storage deployment exponentially growing every year.

“For many years to come, each incremental year will be about as much as all the preceding years, which is a crazy, crazy growth rate,” Musk said.