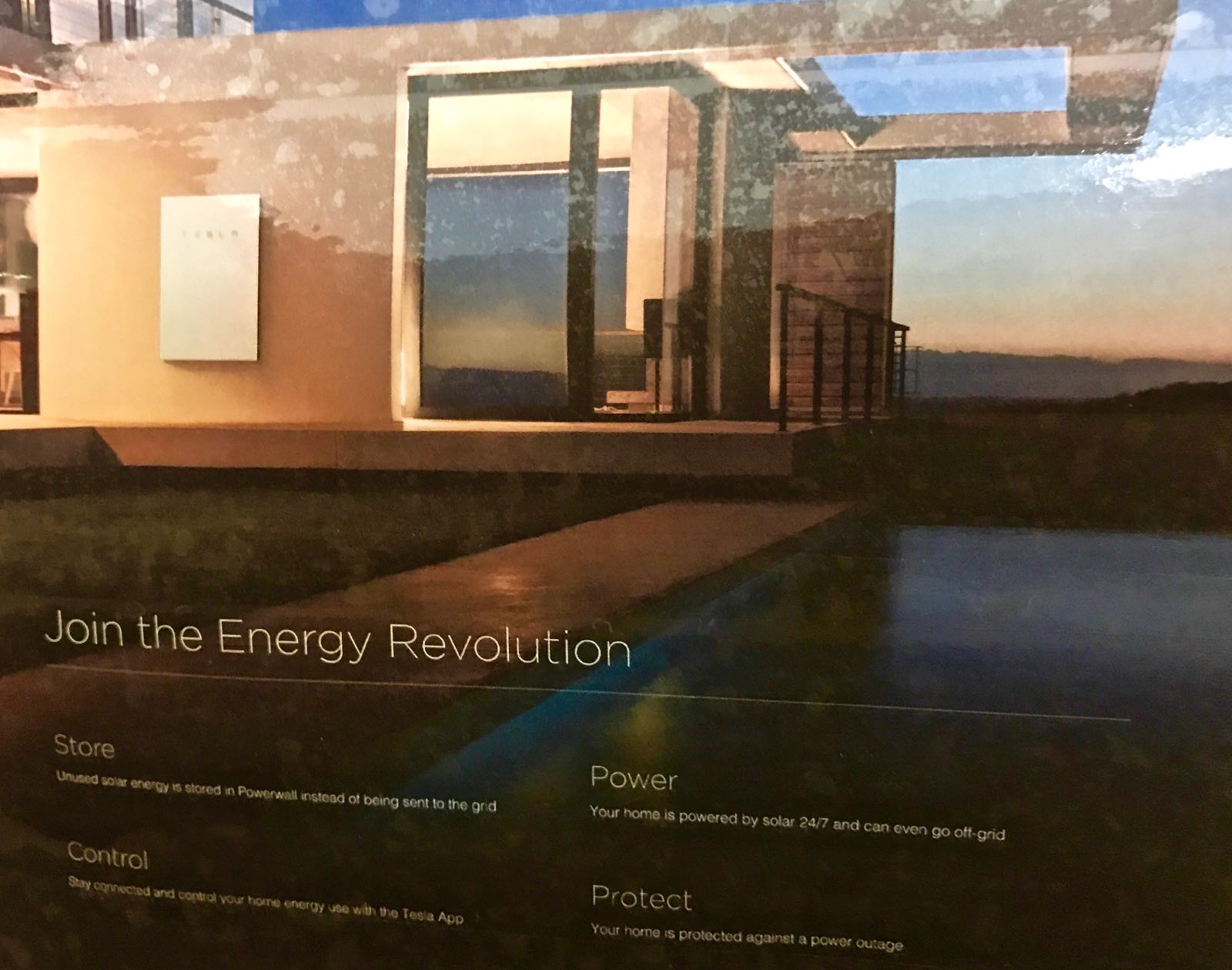 It would appear that Tesla has a mole on their hands if the latest image of a rectangular shaped Tesla branded energy storage unit holds any credibility. The image, posted onto imgur via redditor ElonsVelvetJacket, appears to show Tesla’s newest Powerwall 2.0 home battery which the company plans to debut alongside a new solar roof come Friday afternoon from Universal Studios in Los Angeles.

Solar roof plus Powerwall 2.0 launch event will be webcast live on https://t.co/46TXqRrsdr at 5:30pm PDT tomorrow

According to the language seen in what is presumably marketing material for Tesla Powerwall 2.0, there’s a high degree of certainty that the image in fact is a leak of the company’s newest energy storage product that offers homeowners independence from the utility grid.

“Your home is powered by solar 24/7 and can even go off-grid” reads the description to one of the four core pillars that make up the Powerwall – Store, Power, Control and Protect. Source: Imgur via redditor ElonsVelvetJacket. H/T to ‘marcus’ for the submission.

We won’t know the details for Tesla’s Powerwall 2.0 until the official unveiling this evening beginning at a new time of 5:30pm Pacific Time. However, if we’re to compare the version seen in the leaked image against Tesla’s current generation Powerwall 1.0, we can see that ‘Powerwall 2.0’ is noticeable thinner, smaller and flat in design.

Beyond looking more modern, the flatter shape of ‘Powerwall 2.0’ seen in the leak will also likely be easier to produce and stock. Did you like our live coverage from the Gigafactory Grand Opening party? Then be sure to follow us on our Twitter to see behind the scenes footage from Tesla’s solar roof and Powerwall 2.0 event.

Do you have a tip you’d like to share with us? Submit images and tips anonymously via our app (iOS, Android) or email us at tips@teslarati.com