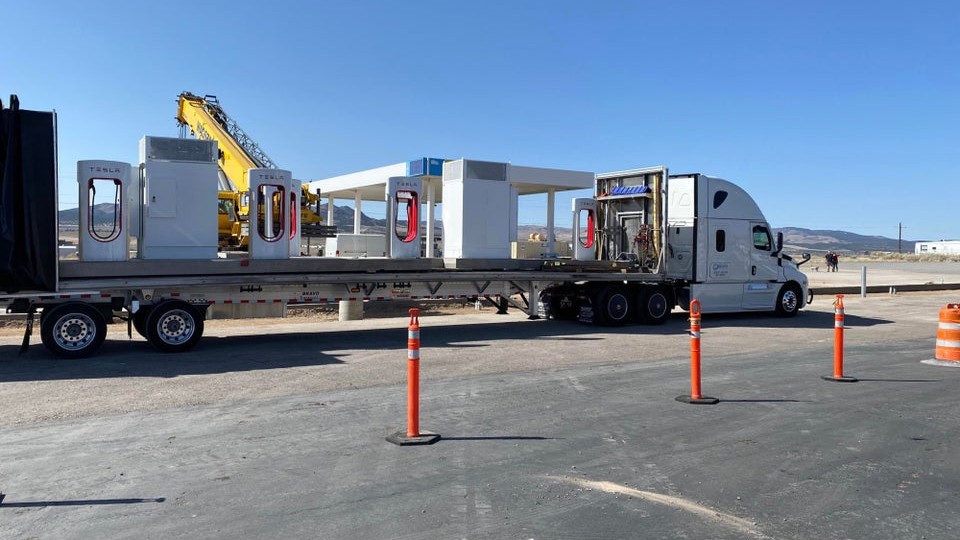 Inasmuch as Tesla has a vast network of Superchargers that are capable of charging its vehicles’ batteries quickly and conveniently, long-distance travel could still be challenging at times. For example, things become a bit aggravating when drivers end up having to use small Supercharger V2 stations during a long trip, and some stalls end up being offline.

As mentioned by Snazzy Labs owner and host Quinn Nelson, this was the case with the Beaver, Utah Supercharger, which was a popular stop for drivers traveling from Salt Lake to St. George or Las Vegas. The Supercharger was reportedly notorious for having only four stalls, some of which were often broken. The stalls were V2 Superchargers too, so their 150 KW output was typically split between two chargers.

Okay, so fun story: the Beaver, Utah Supercharger is a must-hit going from Salt Lake to St. George/Vegas and it was HORRIBLE. 4 awful stalls (150kW split) that were often broken. Well, Tesla just expanded that number to *32* 250W stalls installed in a couple days cause pre-fab! pic.twitter.com/pe8Iw9BeEI

The Beaver, Utah Supercharger was often used by Tesla owners, and with the company’s rapidly-growing fleet of vehicles, it needed an upgrade, and fast. Fortunately, Tesla has come up with a novel solution that allowed it to ramp its Supercharger installations at a rate that’s never been seen before.

Using prefabricated Superchargers that are already built into a large concrete block, Tesla was able to expand its Beaver, Utah location rapidly. As noted by Nelson, Tesla managed to expand the Beaver Supercharger to a whopping 32 stalls in but a few days thanks to its prefab strategy. The new stalls are V3 Superchargers too, so they could all provide an output of 250 kW without charge splitting.

This is a notable upgrade for the Beaver Supercharger. Now with 32 stalls, and with numerous V3 stations, the Supercharger would be able to cater to large numbers of Teslas every day without any issue. This would most definitely be appreciated by the EV community, especially since the Salt Lake to St. George/Vegas route is quite popular.

As per information reportedly relayed by a Tesla installer last month, the Beaver site is the first location that hosted a prefabricated Supercharger setup. The idea is actually pretty simple, with the company setting up the Superchargers and their electronics on large concrete slabs before they are placed in their respective locations. This allows installations to be quicker and more uniform.

Tesla is expected to produce and deliver significantly more vehicles in 2021 than last year. Considering that Superchargers form the backbone of a Tesla’s long-trip capabilities, the installations of prefab charging stations will likely be ramped to a significant degree in the near future.