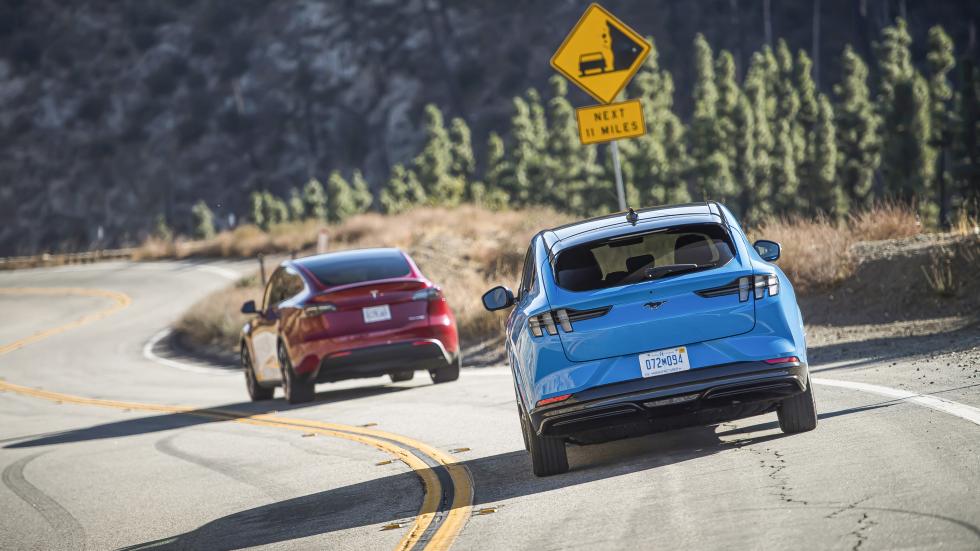 Tesla and electric vehicle supporters are responding negatively to the Inflation Reduction Act’s qualified cars for its EV incentive. Based on the list of vehicles that qualify for IRA’s $7,500 tax credit, popular battery-electric cars like some variants of the Tesla Model Y and the Ford Mustang Mach-E will not be getting any incentives from the IRA at all.

As highlighted by former Tesla Operations Analyst-turned YouTube host Farzad Mesbahi in a recent video, these discrepancies seem to be due to the fact that the IRA’s incentives are divided into two classifications: “SUVs/Trucks/Vans,” and “All Other.” Vehicles in the SUVs/Trucks/Vans category are eligible for the IRA’s tax credit if they are priced at $80,000 or below. Vehicles in the “All Other” category are maxed out at $55,000.

As per Tesla’s online configurator, the Model Y Dual Motor AWD currently starts at $65,990. The Mustang Mach-E California Route 1 with Extended Range battery, on the other hand, has a base MSRP of $63,575, as per Ford’s official website. Thus, the Model Y and the Mustang Mach-E, which also happen to be two of the most popular all-electric crossovers in the United States today, would not be getting any incentives from the IRA.

This is messed up

Interestingly enough, the Model Y and Mach-E, while formally classified as “Small Sport Utility Vehicles” by the EPA, are simply not recognized as SUVs when it comes to the IRA. This is a notable discrepancy, of course, and it has the potential to incentivize the purchase of less efficient vehicles over superior options. If a customer ends up purchasing a hybrid Jeep that gets 20 MPGe over a Mustang Mach-E that gets 98 MPGe because of the IRA, after all, then the initiative pretty much fails at its core. Tesla CEO Elon Musk, for his part, has commented on the issue, noting that the situation is “messed up.”

Watch a video about the matter below.