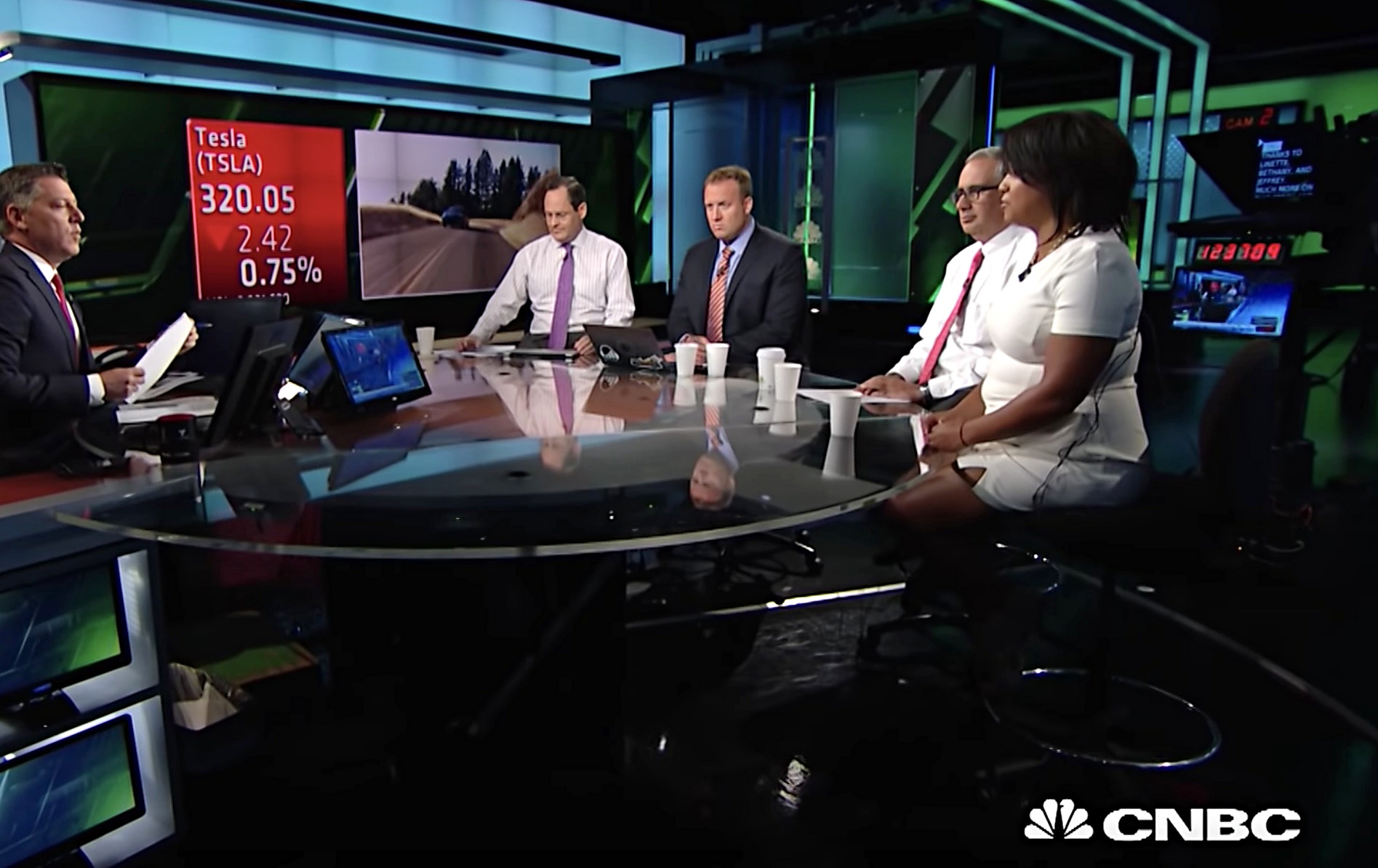 A journalist who recently caught the ire of CEO Elon Musk on Twitter defended her coverage in a recent interview. During a segment on CNBC‘s Halftime Report, Business Insider senior finance correspondent Linette Lopez told her side of the story, confirming that former Tesla employee and alleged saboteur Martin Tripp did provide her with information, and denying any financial connections with noted Tesla short-seller Jim Chanos.

“It’s up to shareholders to decide whether or the CEO of a $50 million (sic) company should spend his time yelling at reporters on Twitter. What my reporting indicates is that the mission of Tesla is not really quite in line with the manufacturing of Tesla. Elon Musk has, for years, a high-quality car that is environmentally-friendly and what we’re seeing coming out of both Tesla factories is not exactly that,” Lopez said.

Lopez was joined in her segment in CNBC‘s Halftime Report by Bethany McLean of Vanity Fair and Yale’s Jeffrey Sonnenberg. McLean, who is noted as one of the reporters who was involved in the Enron investigations, stated that Musk’s actions against Lopez on Twitter are uncharacteristic of a CEO that is confident of his company’s numbers. McLean also commended the Business Insider reporter for following her story.

“I think Musk should be ashamed of himself and shareholders should think about running for the hills. Given the ugliness on Twitter where somebody like Elon Musk starts to lead a pack and the pack takes that as an excuse to behave in an extremely ugly manner, and I think that brings out the worst in human nature. Even if you’re right and you’re on to something, it’s pretty hard to sit on the other side of that and not have it get to you. So, I commend Linette for her courage,” McLean said.

Linette Lopez has been covering Tesla for a while now, and a good number of her articles are pointedly negative. Articles such as “Elon Musk doesn’t care about you” and “Internal documents reveal Tesla is blowing through an insane amount of raw material and cash to make Model 3s, and production is still a nightmare,” after all, invoke an air of subjectivity. Her favorable articles featuring Tesla’s most notable short-seller, Jim Chanos, also gives an impression that she already has a clear stance on Tesla.

Nevertheless, McLean’s statements about Twitter bringing out the ugly side of human beings is pretty much on target as well. Some members of the online community, after all, have resorted to below-the-belt attacks on Lopez, and that is not okay. Musk is no stranger to online hate, either, as proven by the criticism he received after his team built a mini-submarine for the stranded Wild Boar soccer team in Thailand. Musk received a lot of flak for allegedly being a “narcissist” and attempting to take credit away from the divers who rescued the children and their coach. Recent Twitter updates by Musk, however, proved that the team conducting the rescue operations were in active communication with the Tesla CEO. Social media posts from Thailand also confirmed that they appreciated Musk and his team’s efforts to help (the minisub is now part of the country’s rescue equipment), but the vitriol is still there.

Ultimately, if there is one thing that Musk could to silence his critics and prove members of the media like Lopez and McClean wrong, it would be through Tesla’s numbers in the quarters and years to come. If the numbers at the end of Q2 2018 and its recent strategies with the Model 3, such as its new test drive program and its 5-minute Sign & Drive delivery process are any indication, it seems like Tesla is now actively fighting critics with its results. With Tesla expecting China’s Gigafactory 3 to begin vehicle production within two years of the facility’s construction, the time might soon come when Elon Musk would just have to sit back and let his company’s numbers do the talking.

Watch a part of Linette Lopez’s segment in CNBC‘s Halftime Report in the video below.