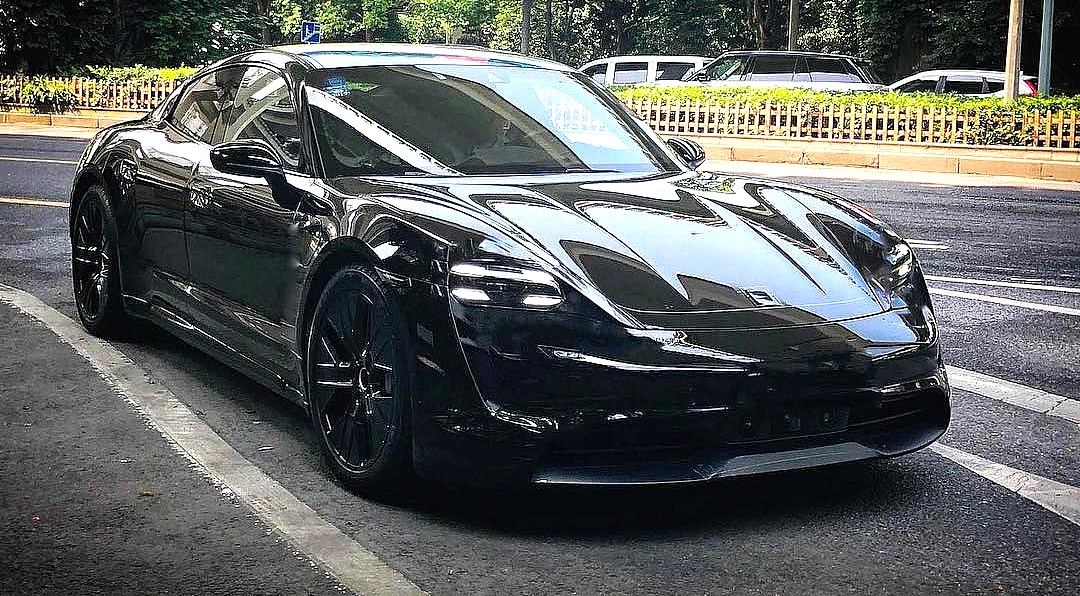 The Porsche Taycan is only a few months away from its official unveiling, and details of its production version are starting to emerge. Through videos of the vehicle’s pre-production prototypes to interviews with Porsche executives, the Taycan is steadily taking form. Just recently, for example, Michael Mauer, Porsche’s style director, discussed how the company was able to design a system that will give the vehicle’s rear seat occupants more legroom.

Porsche has been in the auto business for a very long time, but the company is famous for its legendary two-door sports cars, not its four-door vehicles. Being based on the Mission E sedan concept, the production version of the Taycan will likely feature a sloping roofline. This gives the upcoming all-electric car a look that is distinctly Porsche, but this also means that space in the back seats will be scarce.

This was shown in a preview from YouTube auto reviewer and Porsche enthusiast ThomasGeigerCar, who was able to ride shotgun in a pre-production prototype of the upcoming all-electric sedan. The reviewer was able to film a segment of his video from the back seat of the vehicle, and based on the footage, the Taycan’s rear does appear to be cramped. Considering that the electric car was initially dubbed as a direct competitor to the Tesla Model S, the Taycan’s space for its occupants does seem a bit lacking. Members of the electric car community have even pointed out that the prototype’s rear seats look more cramped than that of the Tesla Model 3, a midsize sedan.

According to Porsche’s style director Michael Mauer, this does not have to be the case. In a recent interview, the director discussed a design that the company has developed to make passengers at the Taycan’s back seats more comfortable. Mauer noted that designing a space for rear occupants was a challenge, considering that the vehicle is pretty high due to its floor-mounted battery pack. To address this, the company came up with what it calls “foot garages,” which are slots in the floor of the vehicle.

“The Taycan is absolutely unique in terms of its proportions. Usually, purely electric vehicles are higher than their conventionally powered counterparts because the relatively heavy and large batteries are positioned in the floor of the vehicle while the occupants sit above them. We were not willing to accept this. However, you can’t just install the batteries in a different place – for reasons relating to driving dynamics alone – as the center of gravity must be as low as possible.

“Because you also can’t just make the vehicle wider, the specific challenge was to position the passengers as low as possible without them having to assume a reclined position like in a Formula 1 racing car. We solved this with so-called ‘foot garages.’ They enable a comfortable sitting position even in conjunction with the sporty vehicle height. In retrospect, we can say that this so-called package was the greatest challenge. How high can the vehicle be? How long and how wide should it be, how horizontal or upright will the passengers sit? That’s what’s typically Porsche to me – this striving to find the ideal solution,” he said.

The Porsche Taycan is one of the most highly-anticipated electric vehicles entering the market this year. Bernd Propfe, platform director for Taycan, has even noted that the car, despite being electric, will be a true Porsche through and through, stating that “Despite the zero-emission honors, this is a proper Porsche. The Taycan Turbo can do ten full-throttle 0-100km/h and 0-200km/h sprints without one iota decrease in performance. Even driven flat out for an hour or more, it will only lapse into limp-home mode when the distance-to-empty is zero… power and torque curves will not be dented by a drop of state-of-charge. As long as there is juice, total attack is always an option.”