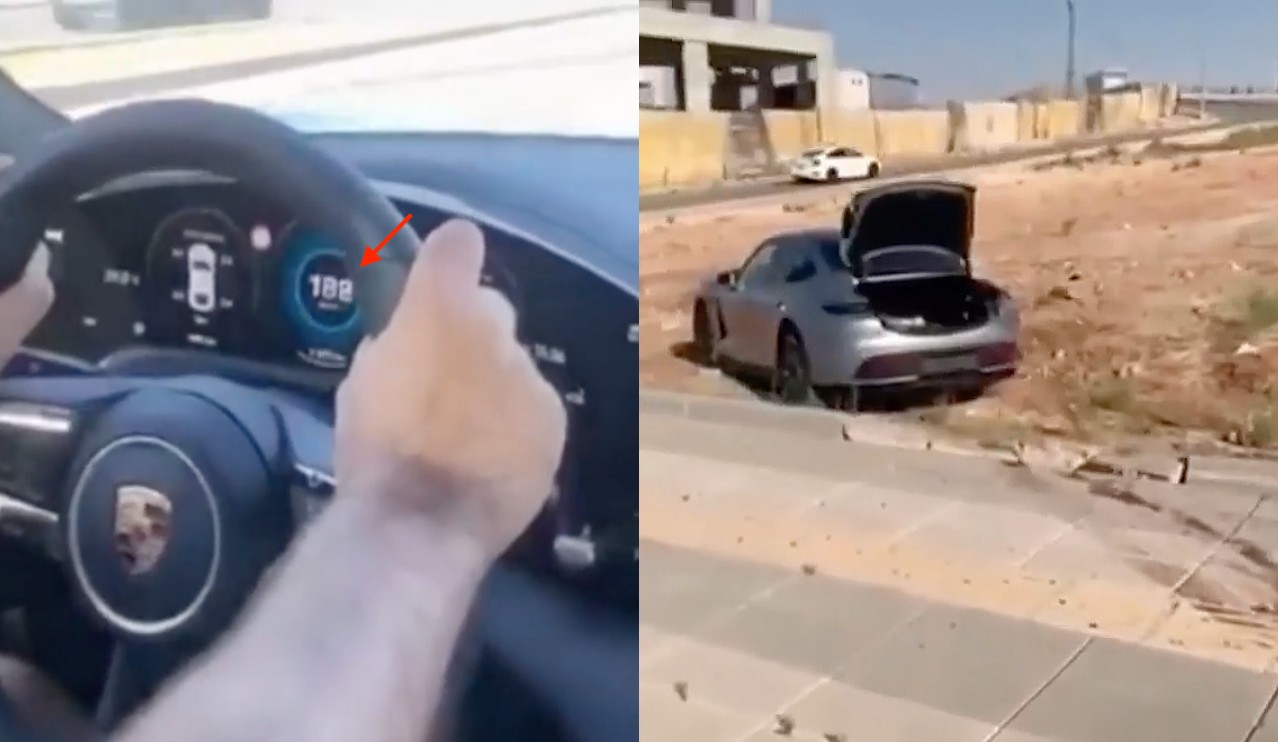 Anyone that’s spent some time behind the wheel of high-performance electric cars like the Tesla Model S Performance or the Porsche Taycan knows that driving with instant power is exhilarating. With the instant torque, the crazy acceleration, and the g-forces pushing you back into the seat, it is no wonder that launches become addictive in an electric car.

But inasmuch as launches in a high-powered EV are extremely fun, they also require much caution and responsibility. One small mistake, one small miscalculation, and an electric car could become a heavy, high-speed bullet that’s extremely difficult to control. This is a lesson that a Porsche Taycan test driver learned, in all its unfortunate glory.

As could be seen in a video that’s been making the rounds in the EV community online, a Porsche Taycan test driver has demonstrated exactly what not to do when one is behind the wheel of a quick and powerful all-electric vehicle. The brief clip showed the Taycan accelerating from a dead stop to over 180 kph (111 mph), before hitting a roundabout and going off-road.

It was evident from the test drive video that the driver was having tons of fun while launching the all-electric Porsche, which, according to TMZ, was a Taycan Turbo. The driver could be heard cheering loudly as the Taycan accelerated so quickly that its digital speedometer couldn’t smoothly render its present speed. A later video showing the aftermath of the crash showed the seemingly-totaled Taycan laying broken after the crash.

Details about the incident are quite slim, though the absence of emergency personnel or vehicles in the aftermath of the crash seems to suggest that the driver was safe following the accident. This seems likely considering the Taycan’s excellent safety rating, which, just like its peers like the Tesla Model S, has been deemed top-notch by safety agencies like the NHTSA. As such, the test driver of the ill-fated Porsche Taycan will likely be coming back to drive another day. One can only hope that when that time comes, the test driver would remember that it’s a bad idea to conduct a high-speed test in a roundabout.

Watch a video of the ill-fated Porsche Taycan test drive in the video below.