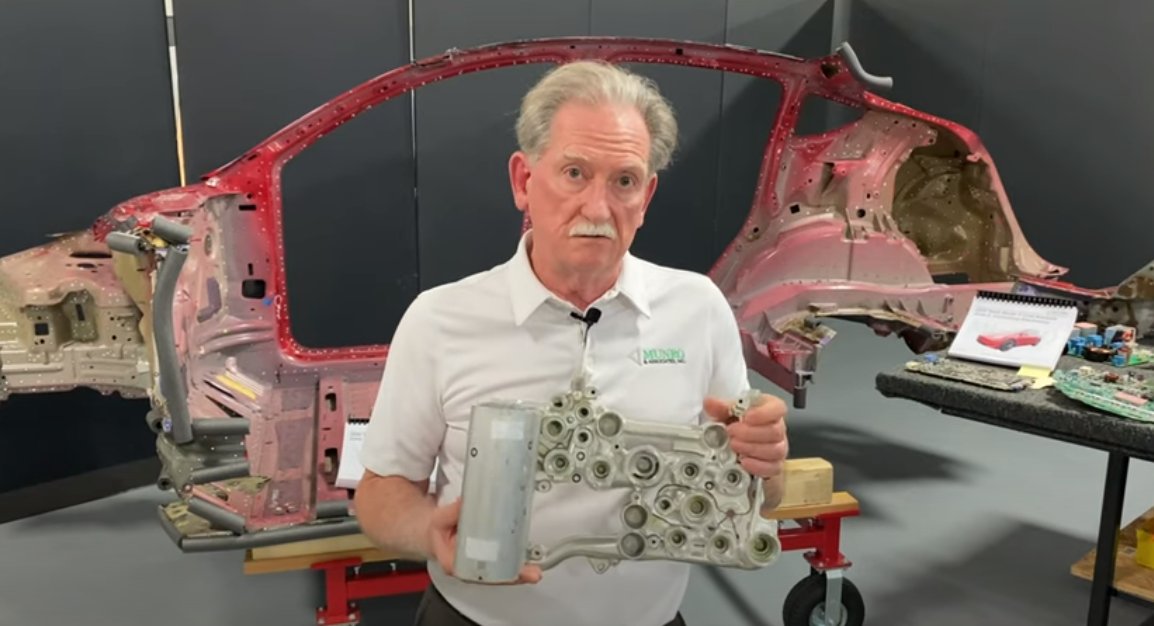 When Sandy Munro started his analysis of an early production Tesla Model 3, he was aghast at the vehicle’s quirks, and he made his disapproval known. Munro did not pull his punches back, pointing out the vehicle’s build quality issues and outlining exactly what was wrong with the all-electric sedan. Yet as soon as his analysis took him beyond the Model 3’s bodywork, Munro found something remarkable: Tesla’s tech was beyond everyone else’s in the automotive industry, and it’s not even close.

By the time he was finished tearing down the Model 3, Munro was already quite impressed with Tesla. Everything, he noted, from the Model 3’s suspension down to its batteries was on point, and the company’s tech was insane. Munro suggested that if Tesla had only paid more attention to its basics like build quality, the electric car maker would have wiped the floor with legacy automakers. These developments could all be reviewed through Munro’s multiple appearances at Autoline After Hours, where he is featured as a guest from time to time.

Munro and his company, Munro and Associates, eventually took on their next Tesla project by tearing down an early production Model Y. The veteran was gracious enough to share his insights on the vehicle through a series that he and his team uploaded on YouTube. The video series documented every step of the Model Y’s teardown process, and while Munro still observed a number of build quality-related points for improvement in the all-electric crossover, he was impressed overall. So impressed, in fact, that Munro opted to share his enthusiasm for the vehicle openly. Recent videos even include “tips” for Tesla that could improve their vehicles further.

This did not sit well with Tesla critics, particularly the online TSLAQ group. Tesla critics and short-sellers are known to propagate the occasional conspiracy theory, whether that involves accusations of abuse by the Tesla CEO to alleged cover-ups by government agencies that are supposedly paid by the electric car maker to do their bidding. Granted, most of these conspiracy theories are just noise, but sometimes, this noise can result in very real repercussions. Unfortunately, this exact thing happened to Sandy Munro.

When it became evident that Munro was openly supportive of Tesla and the Model Y, it did not take long for the TSLAQ Twitter community to insinuate that the teardown expert was actually being paid by the electric car maker for good publicity. Notable short-sellers joined in on the insinuations, TSLAQ trolls dared Munro to file a lawsuit against them, and some members of the media who are known to be critical of the electric car maker brought up the fact that the teardown expert’s stance on Tesla changed over time. 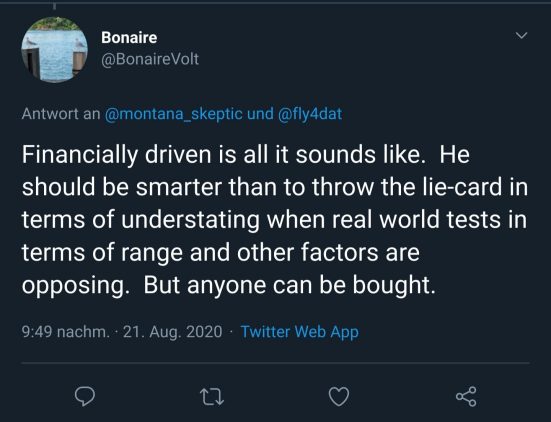 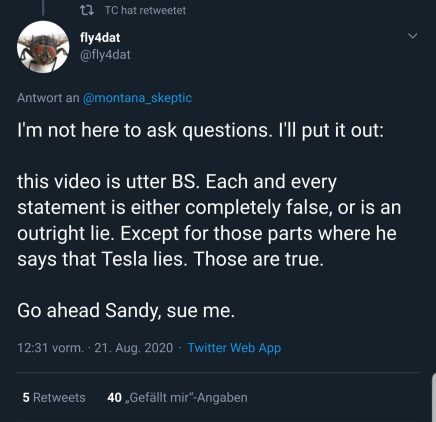 These, of course, neglect to explore one possible explanation for Munro’s shift on his stance about Tesla. While Munro was openly critical of the Model 3 during his first look at the car, he was eventually won over by the tech and innovation that was put into the vehicle. The Model Y, which followed the Model 3, embodied many of Munro’s own points for improvement that he raised during his analysis of the all-electric sedan. Perhaps, just perhaps, Tesla is improving as an automaker, and the company’s electric cars are really in the bleeding edge of automotive tech.

Ever the fighter, Munro has posted a stern response to the insinuations leveled against him by Tesla critics. In a YouTube video, Munro laid down the law on TSLAQ, declaring that neither he nor his company is being paid to talk positively about the electric car maker. And in true Munro fashion, the teardown expert came with evidence, explaining exactly how innovations like the Octovalve are only possible in a company that works like Tesla. Following is his statement. 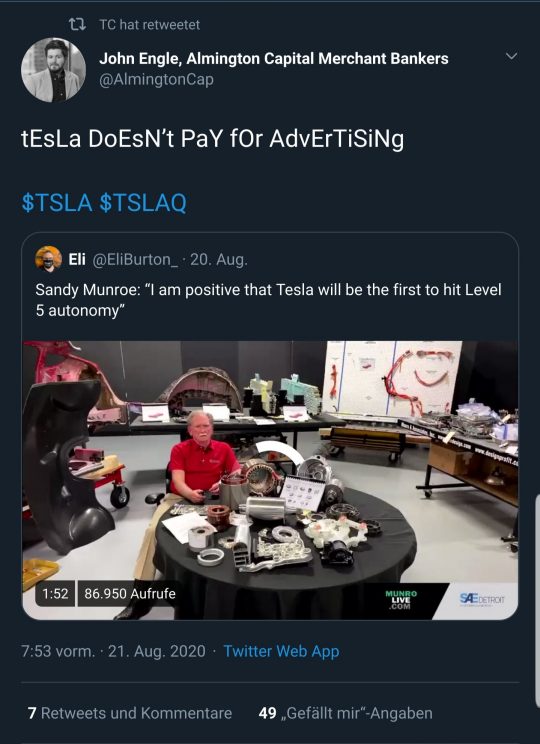 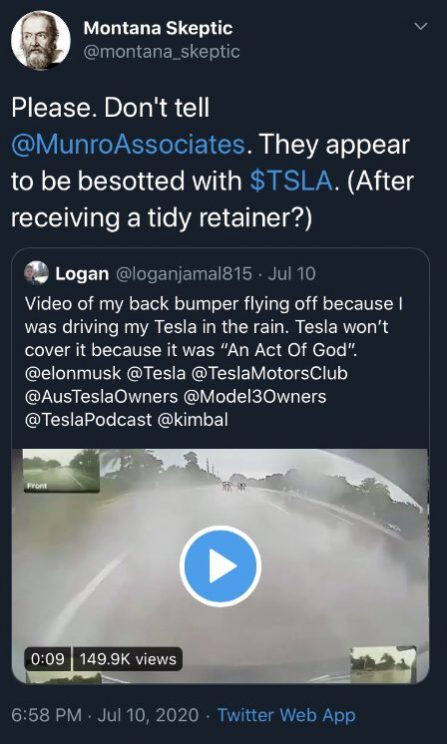 “Munro and Associates is not, I repeat, is not paid by Tesla to say or do or receive anything that we have. I know that some people are saying things like that. They don’t know what they’re talking about. I have to try and defend myself periodically, and this is it. So, I can tell you a little something right now that the Tesla haters or basically the people that are trying to drive me out of business are saying — that Tesla would never tell you.

“So this is part of the Octovalve. And what we’ve noticed is, we had one of our customers come in with a brand new Tesla. It was built about one month ago and we noticed that their product, the product that you’re seeing here — the aluminum supermanifold — their product had 13 design changes associated with it. Thirteen. I’m going to tell you. I couldn’t get one design change through in a year when I was at Ford Motor Company. They (Tesla) did 13 in three months. That’s why they’re kicking some serious butt.

“Another thing that we found was when we got our vehicle, there was no shroud around the compressor. Their vehicle had an excellent design for a shroud, and it looked spectacular. Now am I saying things that Tesla told me to tell you? I don’t think so… Munro and Associates and myself as the number one associate, we are in this strictly for the right reasons. I am not bought by anyone. No one in this company is bought by anyone. We are a consulting house that tells the truth all the time — good, bad, or ugly — and I’m just starting to find out about this. It’s all crap. Don’t believe any of it.”

Most of the tweets posted online which suggested that Munro was a paid shill for Tesla have already been deleted, though some screenshots of the posts have made the rounds online. It is through these that it was revealed that Sandy Munro has started preparing a lawsuit to hold the TSLAQ members liable for damages, seeing as one of his key clients was affected by the accusations. Based on a message sent by the veteran teardown specialist to a key Tesla critic, it appears that Munro is dead serious, and he is looking to hold those involved in the issue accountable.

Watch Munro’s statement on the allegations in the video below.