Tesla’s self-driving future to take center stage at Autonomy Day: What to expect

Tesla’s Autonomy Day is starting in a few hours, and the anticipation among the electric car community is reaching a fever pitch. Elon Musk has promoted Autonomy Day over the past week, even lightly hinting that the event will “free investors from the tyranny of having to drive their own car.”

Tesla’s noted in its initial announcement that it will be providing investors a deep dive into its full self-driving initiatives. Several key Tesla executives involved in the development of the company’s full self-driving technology are expected to address investors at the event, including VP of Engineering Stuart Bowers, VP of Hardware Engineering Pete Bannon, and Sr. Director of AI Andrej Karpathy. More importantly, test drives on vehicles that are equipped with yet-to-be-released Autopilot and Full Self-Driving features are also expected to be conducted.

Apart from this information, Tesla has managed to keep the specifics of its upcoming autonomy event secret. With this in mind, here are some developments and features that we expect Tesla to showcase in Autonomy Day.

On April 22, Investor Autonomy Day, Tesla will free investors from the tyranny of having to drive their own car

Summon and Navigate on Autopilot Improvements

When Tesla brought back Full Self-Driving as an add-on for its electric cars, the company placed Navigate on Autopilot and Summon, two features that were previously part of Enhanced Autopilot, as part of the FSD suite. Tesla has since improved the features, with Enhanced Summon allowing vehicles to navigate a parking lot to find their owners, and Navigate on Autopilot being capable of changing lanes without any turn stalk confirmation. These features are still being improved by Tesla, and it would not be surprising if the company decides to showcase improved capabilities of Summon and NoA to investors on Autonomy Day.

A look at Tesla’s order page for the Model S, Model 3, and Model X shows that Full Self-Driving has two capabilities marked for release “later this year.” These are “Recognize and respond to traffic lights and stop signs” and “Automatic driving on city streets.” Both these features require Tesla’s neural net to be trained enough to recognize visual input at a level that is quite close to that of a human driver. Tesla appears to be taking steps towards this goal, as indicated by findings from hacker-enthusiast greentheonly, who found what appears to be stop line detection features in 2019.4. Tesla’s recent Autosteer Stop Light Warning, which prompts drivers to take over the vehicle’s controls if a red light is detected, also appears to be a step towards automatic city driving.

Back in the third quarter earnings call, Director of AI Andrej Karpathy noted that while Tesla had already trained larger, more advanced neural networks that work very well, the company is unable to deploy it to the fleet due to the limitations of its hardware. “We are currently at a place where we’ve trained large Neural Networks that work very well, but we are not able to deploy them to the fleet due to computational constraints,” he said. These limitations are expected to be rendered null and void by Tesla’s Hardware 3, which is also expected to be discussed on Autonomy Day. 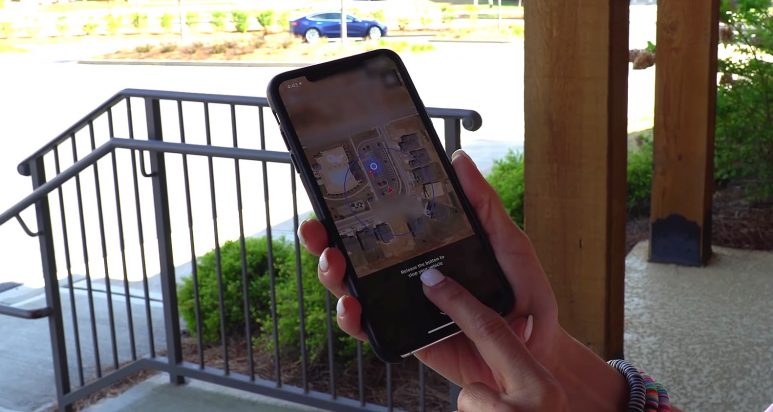 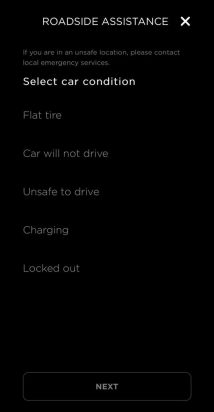 At the core of the Tesla experience is its mobile app. It allows customers to view the status of their vehicles, and as shown in videos from members of Tesla’s early access program, it is also a central part of Summon’s more advanced features. A Teslarati reader who is part of the early access program recently sent new screenshots of updates in the mobile app (3.8.3), such as Roadside Assistance as well, which allows owners to call the company for aid in the event of a flat tire, or similar emergencies.

An emphasis on human vigilance

While Autonomy Day will be focused on the company’s full self-driving features, Tesla will likely continue to emphasize that its vehicles and their driver-assist features still require constant attention on the road in the near future. This is something that Elon Musk has teased previously at an appearance in ARK Invest’s For Your Innovation podcast when he described how Tesla’s full self-driving features will be feature-complete. “I think we will be feature complete — full self-driving — this year. I would say I am certain of that. That is not a question mark. However, people sometimes will extrapolate that to mean now it works with 100 percent certainty, requires no observation, perfectly. This is not the case,” Musk said. Thus, for the following years, at least, Tesla will likely focus on Level 4 autonomous solutions, which are capable of operating a vehicle without human input but are equipped with pedals and controls for manual overrides just the same.

Tesla’s Autonomy Day will be livestreamed by the company.

Tesla’s self-driving future to take center stage at Autonomy Day: What to expect