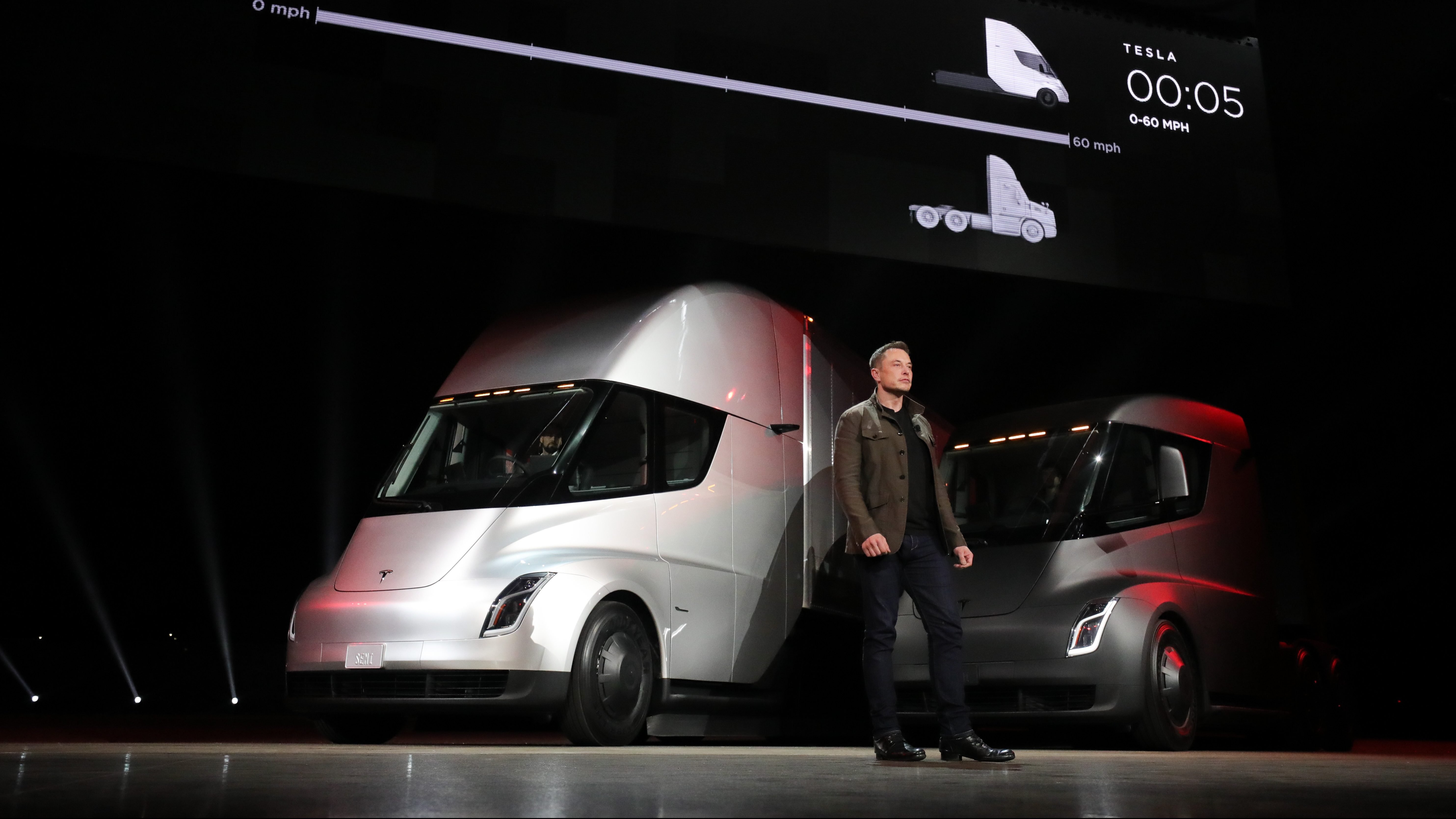 The Tesla Semi may be requiring a lot of patience among its reservation holders, but it appears that the all-electric Class 8 long-hauler will be well worth the wait. While speaking at the European Battery Conference organized by the Federal Ministry of Economics, Elon Musk remarked that the Tesla Semi will be equipped with a structural battery pack. This, together with other optimizations, should allow the Tesla Semi to have a range of up to 620 miles in the future.

“Getting a range of 500 km is I think, quite easy. And this is assuming a truck that is pulling a load of something in the order of 40 metric tons. So that’s a heavy truck. For long-range trucking, up to, we think, easily 800 kilometers, and we see a path over time, to get to about 1,000 kilometers of range. We think this is going to be extremely competitive and compelling to trucking companies,” Musk said.

The Tesla Semi’s initial range of 300-500 miles per charge is no joke, but it does give the impression that the Class 8 long-hauler is best used for short or medium routes. With a 620-mile range, however, things become very different. Together with its low operating costs, stellar safety systems, as well as built-in driver-assist features like Convoy Mode, the Tesla Semi could very well be a haymaker against the emissions of the trucking industry.

There is no doubt that a shift to electric trucks would benefit the environment and humanity as a whole. Unfortunately, battery-electric trucks have been constrained by range so far. Even vehicles made by veteran truckers like the eCascadia are only able to travel a measly 250 miles per charge. That makes battery-electric trucks limited in their use, despite their environmental benefits. Even the Tesla Semi’s initial iteration, which was announced with 300-500 miles of range per charge, is not comparable to the range of diesel long-haulers, which are fitted with 200-gallon tanks and are capable of running over 1,000 miles with a full tank.

Things become very different with a battery-electric truck that is capable of traveling 620 miles between charging sessions. In the United States, semi truck drivers are mandated by law to drive no more than 11 hours per day with a 14-hour work day cap before they are required to rest. At highway speeds, this translates to drivers covering about 600-650 miles per shift. Considering Elon Musk’s recent statements about the Semi, it appears that Tesla is improving its Class 8 truck to such a degree that it would be a compelling alternative even to long-range diesel and gas semis.

The trucking market is pretty much dictated by the businesses that are dependent on it. With this in mind, there is a good chance that businesses using trucks for their operations would shift to battery-electric trucks once they offer more advantages compared to their traditional counterparts. In the Tesla Semi’s case, the low operating costs, better performance, and safety improvements are already there. And with 620 miles of range, businesses will likely find very little reason to stick with fossil fuel-powered trucks.