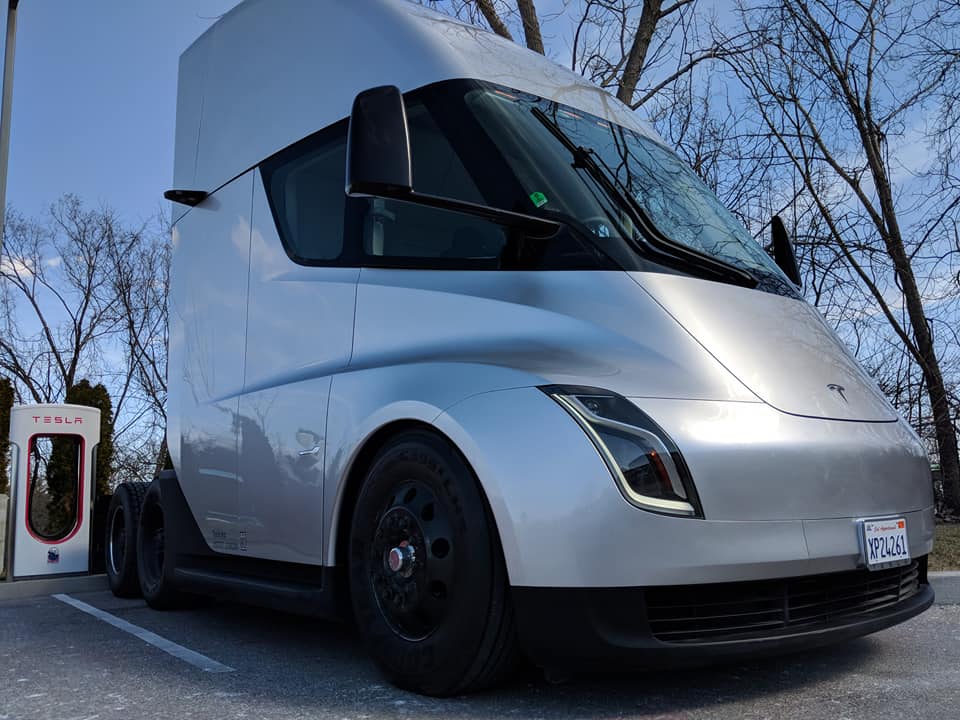 Tesla CEO Elon Musk stated during the company’s first-quarter 2018 earnings call that the production version of the Tesla Semi would have almost 600 miles of range.

Musk’s statement came as a response to an inquiry from retail investor and YouTuber Galileo Russell, who asked if the Tesla Semi would feature a breakthrough in battery technology. Russell further referenced the reservations of critics such as Daimler’s head of trucks about the Semi’s estimated range and performance.

Back in February, Daimler AG head of trucks Martin Daum threw some shade at the Tesla Semi, suggesting that the electric truck defies the laws of physics if its specs are accurate. In his response to Russell’s inquiry, Musk threw some shade back at the Daimler executive, explaining that the Tesla Semi’s capabilities do not require radical improvements in its battery technology.

“He does not know much about physics. I know him. I would be happy to engage in a physics discussion with him. I actually studied physics in college. Even if we didn’t improve our battery technology at all, we could achieve a 500-mile range truck. We’re gonna do better than 500 miles.”

Tesla CTO JB Straubel also shared his thoughts. According to Straubel, a key factor for competitors’ skepticism of the Semi could be the industry’s misunderstanding of Tesla’s proficiency in battery tech.

“I think the key point is that it doesn’t require a dramatic breakthrough. So there’s a fundamental misunderstanding, I think, of what the current technology in our existing products can actually do. Maybe that’s just a misunderstanding of the current status of the technology versus others in the industry. That could be where some of that’s coming from.

“If they’re benchmarking sort of the best battery pack they can buy from a supplier, and then mapping that with what the Semi could do, it doesn’t solve. I think that’s maybe where most of it is coming from, but we basically have what we need in-house, and understand how to do those specs today. We’re better, as Elon said.”

Musk summed up the discussion about the Semi’s battery by stating that the production version of the electric truck will exceed the vehicle’s initial estimated range per charge.

“We could do a 500-mile range Semi today. I think the actual production unit will have a 600-mile range,” Musk said.

For now, however, Elon Musk stated that Tesla is not conducting a sales push for the Semi. Nevertheless, Straubel noted that there are roughly 2,000 reservations listed for the Tesla Semi as of date.

Musk and Straubel’s statements about the Tesla Semi’s battery is in line with the observations of automotive veteran and teardown expert Sandy Munro of Munro & Associates. In a recent segment in Autoline After Hours, Munro stated that Tesla’s battery is a class above industry leaders today. Munro was particularly impressed with the differential between Tesla’s battery blocks on the Model 3.

“We went through there, and the difference was .2 milliamps. Holy, nobody can balance batteries that close. Nobody. Nobody’s ever done that,” Munro said.

During the unveiling of the Tesla Semi, Musk stated that the vehicle is able to travel up to 500 miles on a single charge. Powered by four Model 3-derived electric motors, the electric truck is capable of hauling up to 80,000 pounds of cargo. The Tesla Semi also features the capability to travel in Convoy Mode, a semi-autonomous way for a fleet of electric trucks to draft in close proximity to each other.